The search for a new Local History Centre - 2012

The Harpenden & District Local History Society has an extensive collection of artefacts and documents that have been acquired over the 40 years since our formation, including items collected for a future Harpenden Museum from the early days of the 20th century. With the unplanned and unfortunate need to move out of Harpenden Hall in 2003 it was not possible to keep all the collection together and much was stored in members’ homes and therefore unavailable for use either by members or the public. 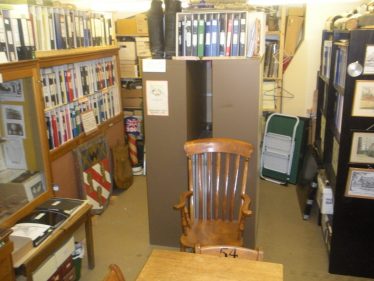 The Local History Room in Park Hall, whilst a welcome short term facility for which the Society is most grateful to the Town Council, was therefore stacked high with files, storage boxes, photos, paintings and artefacts with local origins, but with no space to display the collection effectively, and little room for research. Though some of our collection could be shared in the ‘virtual museum’ of our website, there was no substitute for hands-on access to our archives. Since being ‘dispossessed’ in 2003, we have been looking for a permanent home where Harpenden’s history can be shared with the local community. 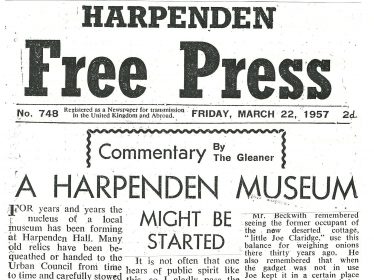 The start of the search

Over the years, residents and other well-wishers, such as Victor Tylston Hodgson in the 1920s, have donated items ‘for a future museum’. Initially these were cared for by Victor Hodgson, until he married and moved to Scotland (where he founded the West Hightland Museum), though he returned to Harpenden in 1924 tp help mount a notable exhibition of Bygone Harpenden. He handed over to Denis Wilson (brother of Theodora Wilson) who approached the newly established Harpenden Free Library in the 1930s.  They cared for the artefacts until Harpenden Urban District Council agreed to store them and further donations in the strong room of their offices at Harpenden Hall – but they were never displayed or catalogued. In the early 1970s the Harpenden Society had begun lobbying St Albans Museum Service and the County Council for museum facilities, and this role was assumed by the new Harpenden and District Local History Society, soon after it was established in 1973. 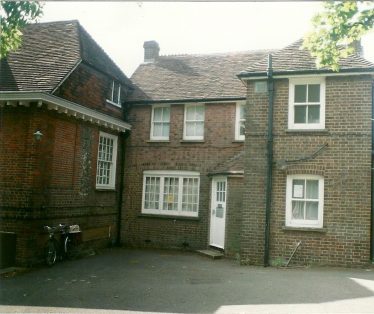 The Local History Centre, 19 Arden Grove, from 1979 to 2001. The permanent display, archives and study room were on the left of the entrance

A number of ideas were explored, including the mediaeval house at 2 Southdown Road, when that came on the market in the early 1970s. In 1976 St Albans District Council, which had taken over Harpenden Hall in 1974, offered a lease on rooms in the caretaker’s cottage at the rear of the Hall, together with a grant from the District Council to help cover the costs of operating the new facility. This was the beginning of a long term relationship with the District which, for many years, viewed the Society as a direct adjunct of the Museum Service in the north of the District. Members of the Society set about equipping these rooms with museum display cases and storage for the rapidly growing collection of archives and photos. 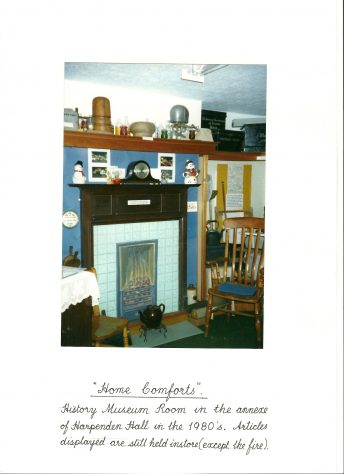 In March 1979, the Local History Centre at 19 Arden Grove was opened by the Chairman of Harpenden Town Council, Cllr Gillian Aspinall. From then until 2003, the Society organised monthly Open Days on the first Saturday of the month, with exhibitions curated and stewarded by members of the Society, often with help from staff of St Albans City Museum, who helped with advice and guidance on the management of the collection.

Although Harpenden Hall was sold during the 1990s, the Society was granted a lease by the new owners, Interface, for the rooms we occupied in the cottage. At the end of this lease, the new landlord offered renewal at a commercial based rate that the Society, as a small charity, could not afford and reluctantly the lease arrangement had to be terminated. 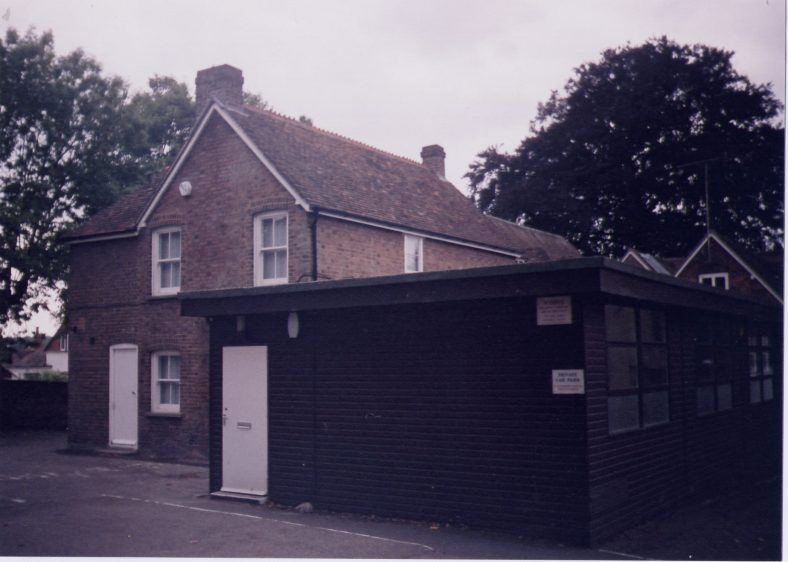 A stop-gap reprieve was negotiated in 2001 with the landlord who offered a short term tenancy for the portacabin in the car park behind the cottage on acceptable terms. This larger space enabled a better lay-out than had been possible in the small rooms of the cottage. In addition to permanent display and exhibition space, there was an archive room and a meeting room. During this period, the Society applied for and was granted registration as a museum in 2002.

It was therefore a severe blow when Interface wished to demolish the portacabin as a result of their planning application for development on the Harpenden Hall site (subsequently refused) and, most unfortunately and very sadly, the museum had to be dispersed, first to St Albans Museum stores, and then to commercial storage and to members’ homes. Museum registration had to be surrendered.

The Society has been most grateful to Harpenden Town Council who came to the rescue, with the offer of accommodation in a room at Park Hall in 2007, for which it also provides a grant to cover the rental. Here a good proportion – but by no means all – of the Society’s collection has been reassembled and work has been on-going to sort and catalogue the ever-growing collection. History is ever evolving and that is what makes it exciting for researchers and the public alike. Volunteers to help catalogue the collection will be very welcome. 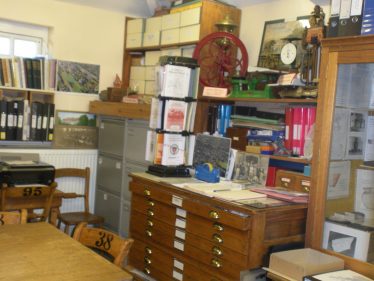 However, much was still stored in members’ homes, and particularly by our curator, Les Casey. However, having a small work area and meeting room enabled the Society to resume mounting exhibitions in Park Hall, though only for two hours once a quarter. In order to meet a wider public the Society established an interactive website in 2011, through which we can begin to publish photographs scanned from the extensive collection of over 13,000 prints, together with articles by members and the public alike, about people and events that have contributed to the history of modern Harpenden.

Whilst the continuing use of the Local History in Park Hall is very welcome as a short term measure, it is, at 300 square feet, too small to allow the Society’s collection to be adequately displayed and this limits the exposure of the collection to residents and visitors as well as their access to research materials (maps, photographs, and documentation).

The need for more space, and a permanent home

We need a larger and centrally placed display and archive space to achieve our mission to showcase local history in Harpenden and the north of the District. We believe that such a facility should become a part of a wider ‘space’ devoted to celebrating the town’s heritage and culture.  We estimate we need at least 900 square feet for a display and archive facility to house/display the collection as a whole, including those parts of the collection still stored in members’ homes.

The Society is currently at a crossroads. We know that space on the scale we would need to operate an effective display and archive centre would require considerable capital and revenue funding. With the acknowledgement that the Society cannot realistically be expected to acquire its own premises or finance a full blown museum operation, we are currently seeking support for space in a community based environment.

It is hoped that, with ongoing support from a combination of our partners in Hertfordshire County Council, St Albans District Council Museum Service and the Town Council, we can find such a space. Options which have been under consideration have included the Victoria Road Further Education site (since sold for redevelopment as Harpenden Free School) and the former Argos site in Lower High Street, where the library and Youth connexions services have been relocated. We have been allocated two display cabinets in the library for small temporary displays, but this does not ease access to our archives or provide the study area/store room exhibition space for larger displays.

We were actively involved in the ‘WeAre! Harpenden’ project in 2014/15 which sought funding under the Government’s Our Place initiative to improve access to arts, culture and heritage in Harpenden, and thereby to raise the Society’s profile in the community. However Harpenden Town Council’s bid was not successful.

We now hope that plans to develop Arts, Culture and Heritage facilities for Harpenden, including a museum, will come to fruition. 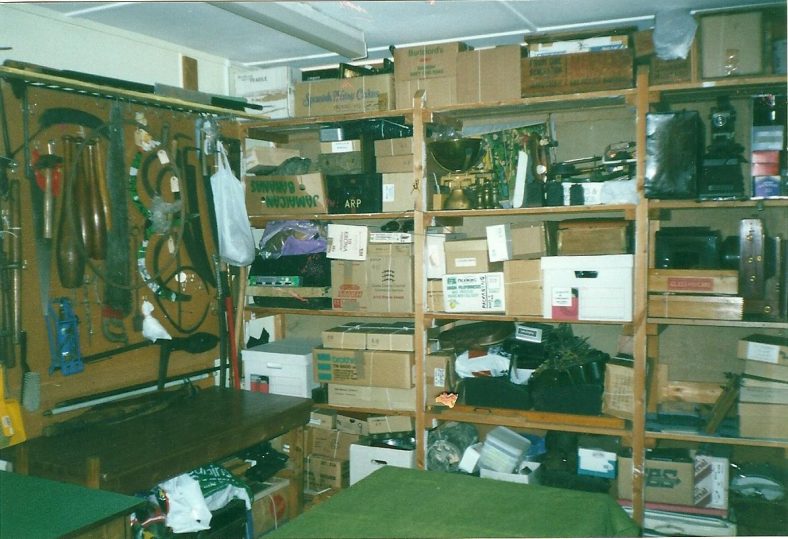 Archive stores in the Portacabin, 2002 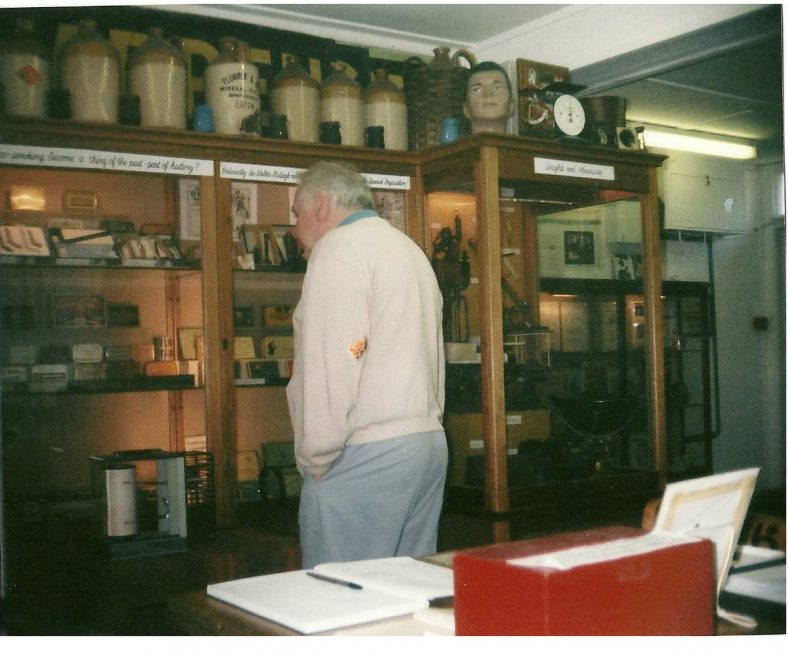 Permanent displays in the Portacabin, 2002 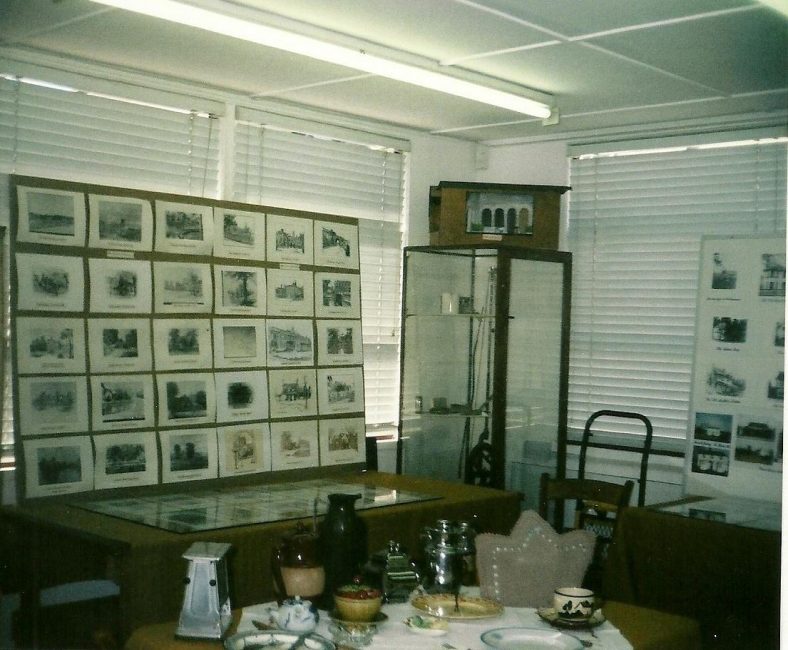 Exhibition space in the Portacabin, 2002 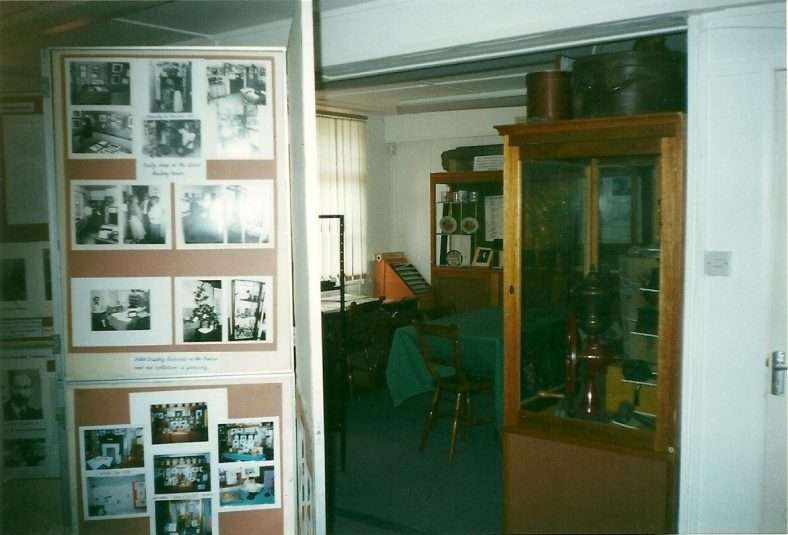 By Rosemary Ross on behalf of the Society's committee