You are here: HomenextHarpenden HistorynextTopics - from Archaeology to WartimenextEducationnextThe History of the Williams Church Music Trust

The History of the Williams Church Music Trust

Music-making at The Bourne, 20 Salisbury Avenue

The Williams Church Music Trust owes its inception to Mr George Williams who died on 5th October 1968. In his will he left the major part of his estate to create a school of church music. Sadly, the trust was not able to be established in time to avoid estate duty and a large part of the money was lost. The school had to function, therefore, with only limited funding which made subsequent development extremely difficult. In spite of this, the Williams School of Church Music was formed. 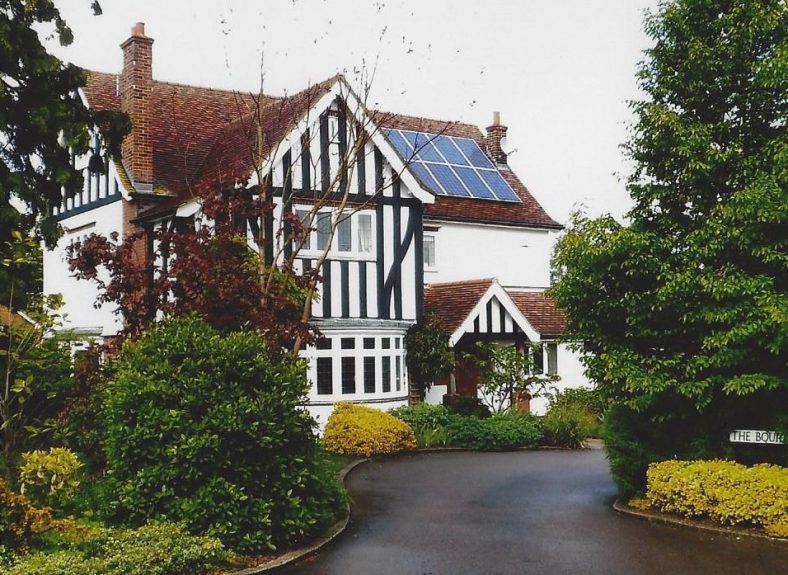 George Henry Thomas Williams was born on 13th February 1888 in Bethnal Green, London. Little is known about his early life except that he and his wife attended Victoria Park Methodist Church, Bonner Road, London. He came from a family of tool makers and subsequently moved the business called Lark Tools to Sandridge near St Albans (listed at St Albans Road, Sandridge in Kelly’s Directories from 1938 onwards). He kept all his staff on and collected them from the East End every day and eventually housed them in Sandridge. During the war he made his fortune making munitions. He moved to The Bourne in Salisbury Avenue, Harpenden in around 1938. He was a staunch Methodist and a regular attender at the High Street Methodist Church in Harpenden. He was quite a small man but well-built with a large bushy moustache, glasses and pouting lips. He spoke with an East End accent and was very outspoken and definite in his views. However, he was extremely generous towards the church and the National Children’s Home which was based at Highfield Oval in Ambrose Lane. He helped many people with interest free loans telling them to “pay back the loan when yer can.” I know that he paid for one gifted violinist to go to music college and supported him until he made a successful career as a concert performer. 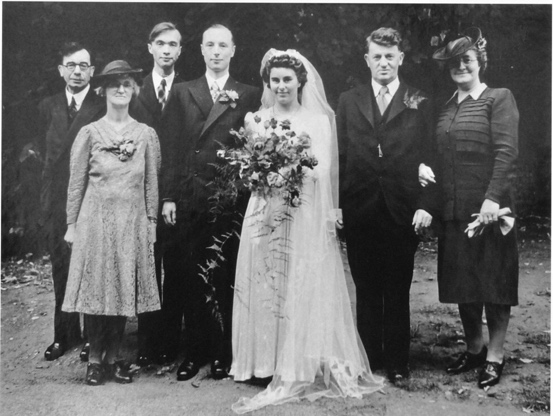 George had a large Armstrong Sidley car and he and his wife, Muriel, would often take widows from the church out to tea on Sundays terrifying them as he sped through the narrow country lanes of Hertfordshire. On one occasion my mother in law asked him why he drove so fast and his answer was “If you drive fast enough you won’t meet anyone because they won’t have left home yet.” His wife, Muriel, was a tiny quiet lady who came from Truro. She died on 5th September 1969. He had two sons. One, John, was killed in a motor cycle accident and Ernest sadly had severe schizophrenia but married and had a daughter who has given some details of the family history. Ernest was a gifted pianist and organist and a skilled metal worker.

George loved music and played the piano and organ with average ability but the fascinating thing was that he couldn’t read music and all his hymn books were written in tonic sol fa which most musicians would find more difficult than reading normal music. His ambition was to have a music room built onto his large spacious house on the corner of Salisbury Avenue and Townsend Lane. Eventually, in 1959/60, his dream became a reality but instead of a room, a concert hall appeared. It had a basement which housed the boiler and a pump for an organ as well as cloak rooms. The concert hall itself was a beautiful architectural building with a stage at one end, a minstrel’s gallery along one wall and windows looking out towards the garden and an organ.

The history of the organ is of particular interest. It was originally built by the famous organ builders, Binns, in 1893 for St George’s church in Victoria Park in London. Sadly it was badly damaged during the war. George bought and stored it at Gaddesden Place hoping one day to be able to rebuild it. He engaged Percy Daniel and Co from Clevedon in Somerset to do this who added an extra choirolo section. 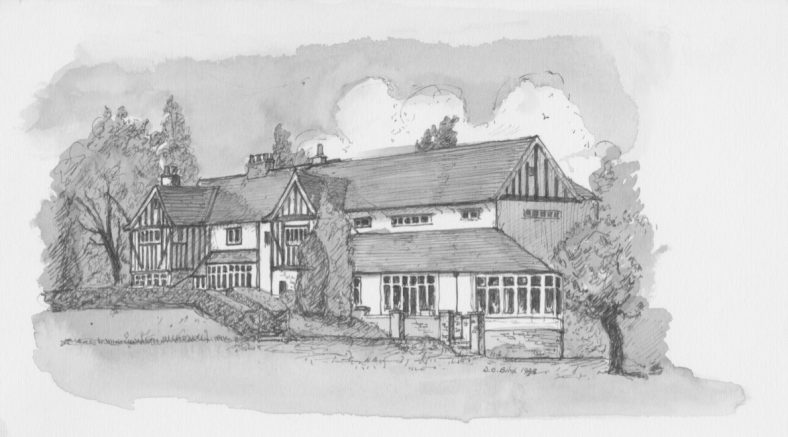 Sketch of the Bourne, from the gardens, with the concert hall. Credit: Copy by Derek Bird

Formation of the Trust

After George’s death in 1968 the financial problems in forming the School of Church Music made it difficult for the trustees but eventually the Methodist Music Society was helpful and the Revd Dr Francis Westbrook was appointed as Principal of the school. He and his wife lived in the house. The opening of the school was marked with a Service of Dedication on the 22nd May 1971 when several members of the High Street Methodist Church took part. The service was conducted by the Revd A Kingsley Turner MA with Dr Lloyd Webber, father of Julian, the cellist, and Andrew, the composer now Lord Lloyd Weber, playing the organ.

After the death of Francis Westbrook some years later, Mr Clive Bright took over as principal and formed both a boys’ and a women’s choir as well as setting up musical appreciation classes. He organised lectures and regular concerts by local choirs. An amateur chamber orchestra used The Bourne for its concerts and rehearsals.

When Mr Bright’s term of office ended the trustees were delighted to let the Harpenden Musicale make The Bourne its home in 1986. Harpenden Musicale had been started by David and Gill Johnson. Both were professional musicians and employed a whole range of instrumentalists to teach local children. They subsequently inaugurated a National Wind Band which was hugely successful.

The trustees of the Williams School of Church Music were most grateful to David and Gill because the income from Harpenden Musicale enabled the Trust to make donations to help promote organ, instrumental and choral music in many churches. When the lease expired Harpenden Musicale decided that they needed purpose-built premises and moved out from the Bourne to St George’s School. Sadly the trustees decided that the only way to keep the Trust functioning was to sell the house and land for redevelopment and invest the money. This gave greater flexibility to continue the work of promoting church music on a wider base. The name of the Trust was then changed to The Williams Church Music Trust.