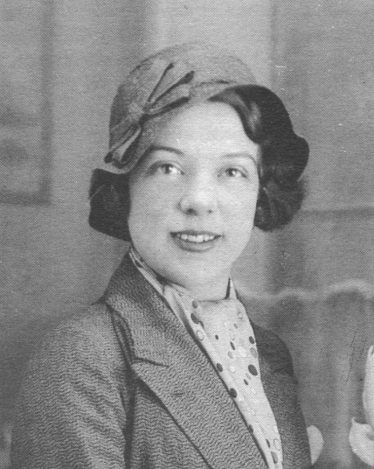 zoom
Molly Johnson, aged 17 in 1933
Scanned from The Vale of the Nightingale 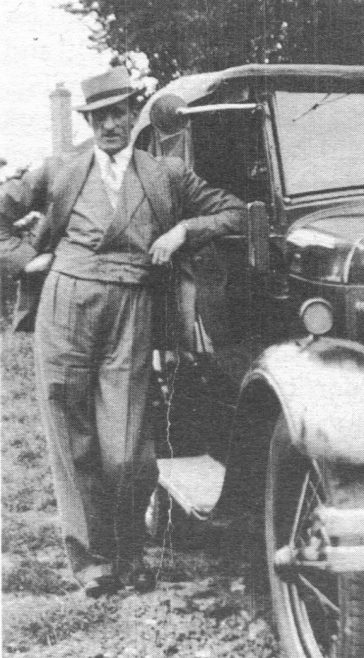 After a long courtship Molly Johnson had planned to marry Robert Andrews on 9 September 1939. She describes the shock in her family home as war was declared. These extracts are from pp.128-138.

Not long after the Prime Minister’s announcement, the air-raid siren wailed out for people to take cover. We stood frozen in father’s bedroom, not one of us would leave him [he was paralysed]. Twenty minutes later, the steady tone of the all-clear could be heard, much to our relief. This incident gave us the feeling that material things were of no consequence, but our lives were.

A wedding with gas-masks at the ready

This was the atmosphere we lived in for the next six years. Life had to go on just the same and I had to prepare for our wedding on Saturday the 9th. The wedding cake had been made by Ackroyds, the well-known Harpenden Bakery. This had to be paid for, then the cake would be delivered to my home on the day of the wedding. So on the 8th September, walking up Station Road to pay my bill, I could see a train had pulled into the station. Children were coming down the path on the other side of the road in a constant crocodile formation. Each child had a gas-mask in a box with a string handle over the shoulder, the name and address of each child on a label attached to a button hole. Some were crying, some thought it great fun; but I can tell you, it was a very sad sight to see these poor children torn away from their parents and home, not knowing where there were to stay or live for the next few years although safe away from London.

The thought of getting married caused me no excitement whatsoever, particularly as I had to carry not only my bouquet but also a gas-mask! But of course, on Saturday the 9th, the wedding went off without a hitch [at St John’s church] and I am pleased to say that I did not have to use my gas-mask! …

A council house had been allocated to us [12 Masefield Road]; it was newly built containing three rooms, a large lounge-cum-diner, kitchen, bathroom and separate toilet. It was a wonderful house for it had electricity, so I was able to use an electric iron and also just press a switch to illuminate any room I wanted. This was so different, for Robert and I had been used to gas light. …. Everything should have been fine, but during the war we could not use the light unless the windows were blacked out. We had black-out curtains for downstairs but none for the bedrooms, so we removed all the light bulbs. …

All houses painted white were camouflaged with leaf green and khaki patches. …

I was not working at first so a Billeting Officer came to the door telling me I must take in two evacuees for I had plenty of room. A few days later a little boy and girl arrived with a bundle of clothing. I took them in feeling very sorry for them ….The girl was five years old and the boy was three. Never having had anything to do with children of that age, I found it very difficult ….exhaustion got the better of me and I became ill and thought it best to ask the Billeting if they could find a home with someone who had experience with small children, as I was more capable of coping with an older child. …

One afternoon, there was a knock on the door. On opening it, a teenaged smiling-faced lad said, ‘Mrs Andrews? I am your new evacuee’.

Gerald, a Jewish boy, son of a widowed tailoress in London, stayed with Robert and Molly Andrews until he finished his schooling. At weekends during the Blitz his mother Kitty came to stay. Recalling this on their golden Wedding anniversary in 1989, they said “We still see him occasionally”.

During the war years Molly worked initially at Almagam Mills Rubber Hose Company in Batford on the production of anti-aircraft shell rings, but when it was discovered that she was allergic to rubber, she moved to Electrocult in Station Road, where parts of aircraft were made for well-known manufacturers. Robert was in the Home Guard which did extensive training at weekends. During the week he drove a large lorry of goods “essential for the benefit of the country”, down to the London docks. He learned later that the mysterious grey trailer, which was never to be left unguarded, had been used for transporting secret radar equipment.