From the Hertford Mercury & Reformer, 26 December 1846

This first appeared in Newsletter 126, August 2015 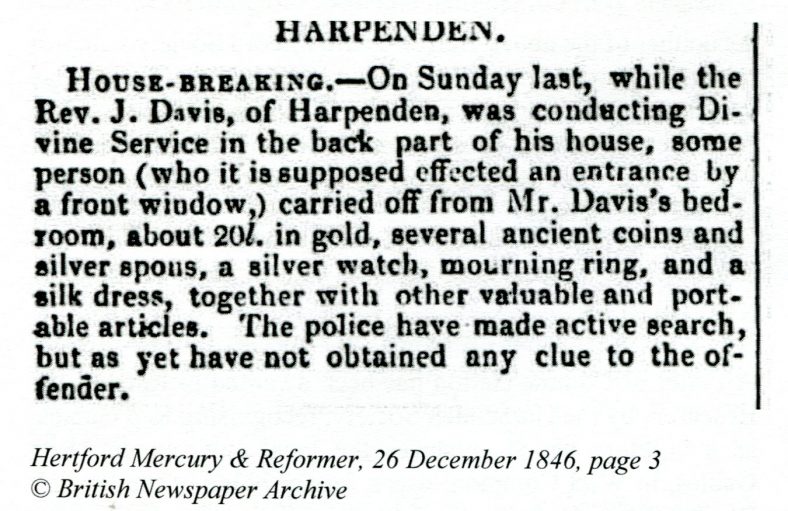 ‘Davis, Reverend’ is listed in the Harpenden Tithe Award Schedule (1842) as the occupant of property 1127, a house and garden owned by Eliza Lines. The property is currently the ‘Skew Bridge’ public house (formerly ‘The Queen’s Head’) in the area once known as ‘Bowling Alley’.

Davis (or both of them) was a dissenting minister.

In 1846 the Curate at the parish church of St Nicholas was the Reverend H. Addington.