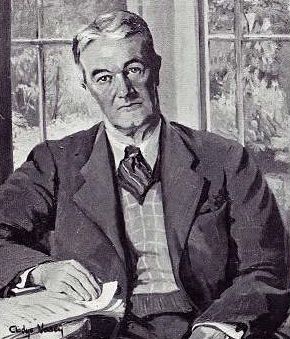 Julius Allan Greenway Harrison (1885-1963) was an English composer who was best known as a conductor of operas.  He was born at Stourport in Worcestshire in 1885 and studied at the Birmingham and Midland Institute of Music.  He studied conducting and established his reputation as an opera conductor.  In the 1920’s he was a conductor for the British National Opera Company, and then became director of opera and professor of composition at the Royal Academy of Music.  In 1930 he became conductor of the Hastings Municipal Orchestra, and then moved to Malvern where he was director of music at Malvern College and was closely associated with the Elgar festival.

He slowly developed deafness, and this led to him to concentrate more on composition.  He drew his musical inspiration from the English countryside.

He settled in Harpenden towards the end of the 1940s, living in Ox Lane, and lived there until his death in 1963.