Richard Clarke submitted a Comment on a photo of Sherwood Foresters gathered on the terrace steps of ‘Rosemary’, 28 Milton Road, where they were billeted. Henry Tylston Hodgson had made this house available for soldiers training in Harpenden. In 1915 and again in 1917-9 it was used as a hospital for wounded soldiers. Richard was hoping to identify his great-uncle in this photo – but he was not there. 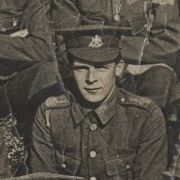 He wrote: “My great uncle, Robert Beeson, was in the 5th Battalion of the Sherwood Foresters at this time, training at Harpenden, and I have a couple of photographs of him and his comrades in front of what I presume is the building in this photograph (of Rosemary).

Robert Beeson, Private 1545, 1st/5th Sherwoods, was a labourer from the Midlands Railway and he resided at 33 Moss Street, Derby. He was the son of Robert, a postman, and Nellie Beeson. He would have been 19 in the photographs, but sadly he was killed at Richebourg St Vaast near Loos on 15 November 1915, aged 20. He has no known grave and is commemorated on the Loos Memorial.

Incidentally, his mother’s brother, Ernest Shaw, is on the same photos. He is the stocky chap on the far right of the 3rd row down. He went through the entire war without a scratch, finishing as a Sergeant and a holder of the Distinguished Conduct Medal, still serving with the 1st/5th Sherwoods. A very lucky man!

Richard sent scans of two crumpled postcard photos, one showing C company with caps, and one without. He identified his great-uncle, as above. He managed to get some decent photographs of the two other postcards, which were made from copies belonging to Les Hough.

“As you can see on both the same three officers appear in the middle of the group, and with the photo of C Company, you can trace the soldiers from my postcards and from the one belonging to Mr. Hough, so they must have all been taken at the same time. Additionally, on the smaller group photos, my postcard has 57 written on it, Mr. Hough’s has 58 so it must have been taken straight afterwards!

Postcard 3 below is the only one with anything written on it:

‘Dear Ma, this is one of my photos but it is not a very good one as the sun was in our eyes. George xxxx  I have marked where I am.’

Unfortunately I can’t make out any marks, so I’ve no idea which one was George [Lowe]!

The second postcard, showing more clearly that the men were seated on bales of straw, makes it clear that they were not posing in front of ‘Rosemary’. Can you help identify the building with a large conservatory? 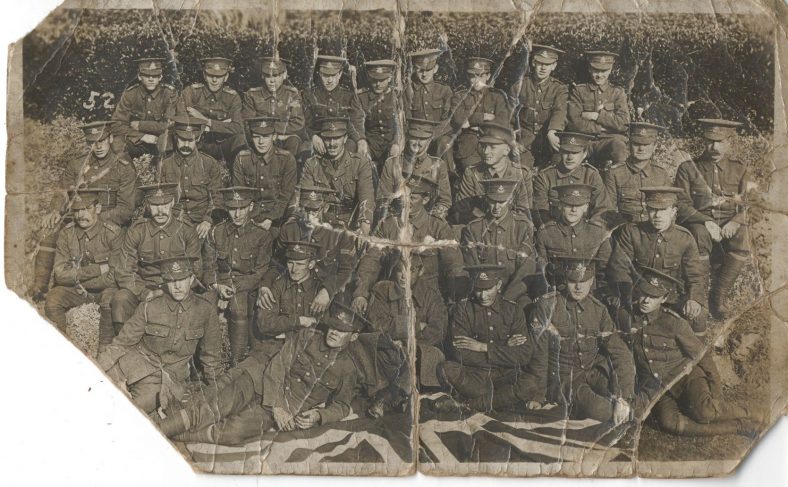 The men of C Company – with caps. Credit: Richard Clarke, scan from postcard 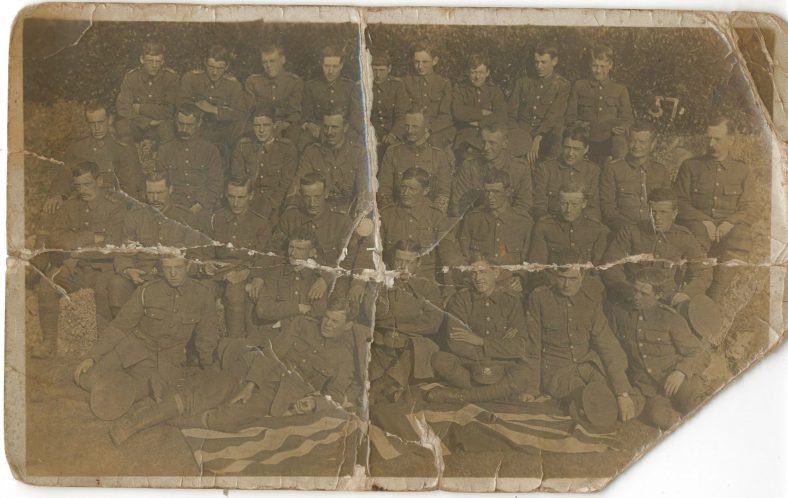 The men of C Company – without caps. Credit: Richard Clarke, scan from postcard 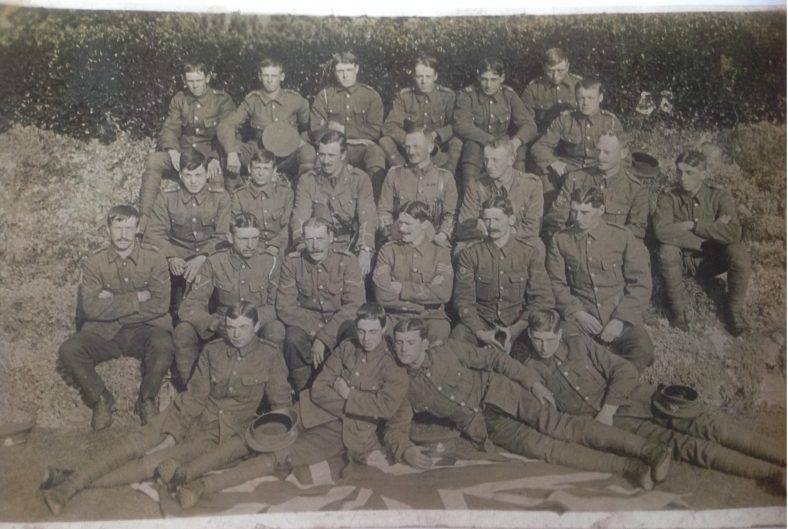 The men of C company – no.58. This card was posted from Harpenden. Credit: Richard Clarke, scan from postcard belonging to Les Hough 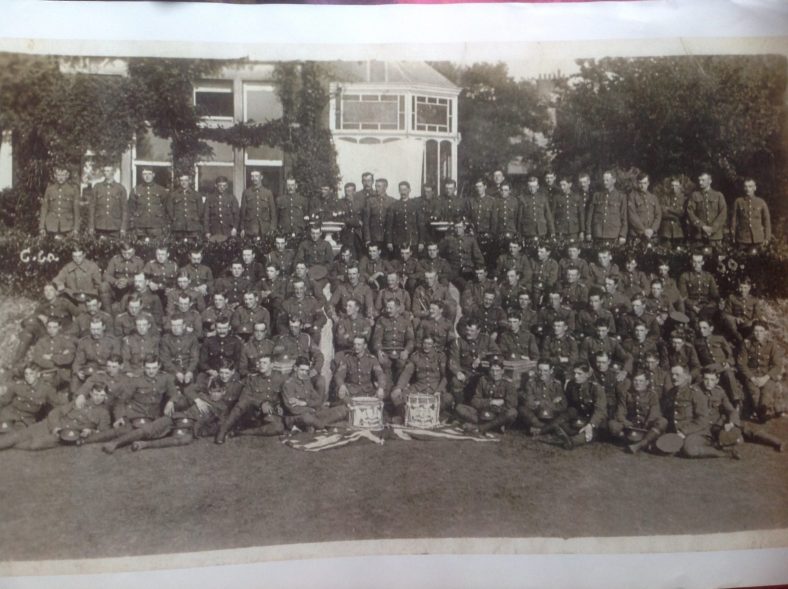 C Company – what is the building in the background? Credit: Richard Clarke, scan from postcard belonging to Les Hough