Offering billets and entertainment during WWI and WWII 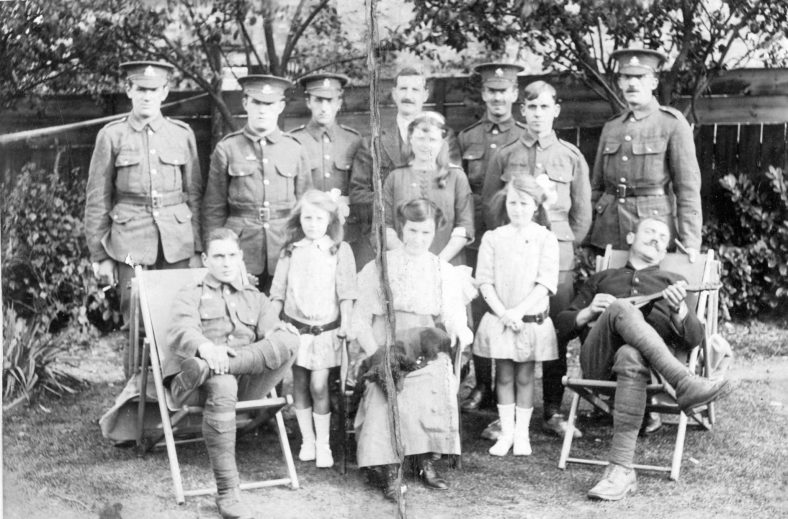 Watts family WWI with group of soldiers RB 31A.14

The story of the Watts Twins and their parents and cousins, put together from albums of photos donated to the Local History Society, just hints at the family’s support for soldiers serving in both the First and Second World Wars.

The large collection of photos of men called up during the 1914-18 war (Cliff, Billy, but most un-named and undated, some studio portraits and some snapshots in a garden) suggests that either they may have  billeted with or befriended by the Watts family, or that they were entertained at their home. A few photos carry messages on the reverse. A group photo, outside a stately home, marked Himley, January 1915, must have had significance for the family

A second collection dates from the Second World, when Mr Watts was also active in helping organise the ARP networks in Harpenden.  There is a mix of group photos and individuals. Notably some have been sent from soldiers serving abroad – in India, Italy (at the Florence Command).