Many of Harpenden’s book browsers must have been puzzled and disappointed at the sudden demise of the Town’s bookstall. A few facts would be well worth recording. 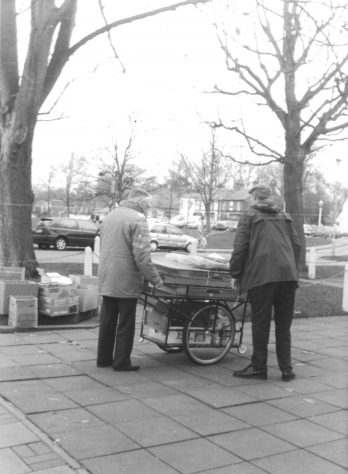 Nearly fifty years ago the Harpenden Branch of the charitable organisation, Toc H, set up a bookstall in order to raise funds for various good causes. At first it was located in the forecourt of “The George” by the kind permission of the management and was open to the public from 9.00 am to 12.00 noon on Saturdays throughout the year. The Urban District Council generously gave us a small room at Park Hall to store the books and equipment. It carried on at The George site for many years until The George made some improvements to the premises, and no longer had room for us. Fortunately the Council came to our rescue by giving us a site nearby. 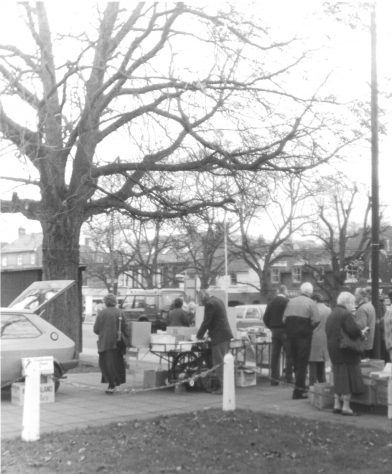 This site is now occupied by the attractive garden feature, recently built by the Council. The book stall proved very popular, and a regular flow of shoppers, and some dealers, contributed to its success. We never experienced a shortage of good books, thanks to passers by who brought us their bags of books, and motorists who stopped and emptied their car boots of books. Both prices and condition of the books were very reasonable, and on a good morning £50.00 was raised. Our little committee met once a week in a room generously provided by the Parish  Church. At these meetings, our plans were discussed as to where the money would go. I remember on one occasion during the war in the Balkans [1990s], we sent toys and books to homeless children. When we received appeals we always responded, including a request for a donation to help pay for a Bosnian shepherd to be fitted with artificial legs. He was struggling to tend his flock on his stumps.

Most of us have heard the expression “as dim as a Toc H lamp”, but not so many know that it relates to the humanitarian organisation whose symbol was an ancient Roman lamp. It all started in Flanders in 1915 where the Toc H founder, “Tubby” Clayton, a British Army Chaplain, acquired premises at a town called Poperinge. He was very moved by the horrors of trench warfare, and wanted to do something to improve the welfare of tired, traumatised troops, giving them a chance to rest and worship when they had a brief respite from the trenches. They had experienced the terrible battles of the Somme, where 93,000 of their number were killed, wounded, and gassed. The premises were known as Talbot House, or Toc H (the signalling code for the letters used by British troops). This building is still used by Toc H. 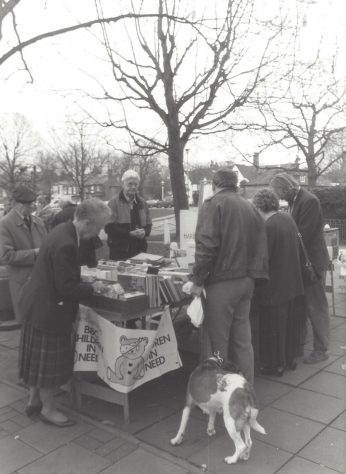 Toc H is still  operating, and has branches in many countries. Although its original purpose is thankfully not needed now, its main work is now the breaking down of barriers which divide people and society.

Our chairman Mr. Terry Gray said how much he and his staff enjoyed meeting and supplying the people of Harpenden with books affordable by all; students, children and pensioners. Book browsers of our town owe him and his helpers our thanks for the pleasure that the bookstall gave us for so many years. Mr Gray left Harpenden a few years ago, which was a severe blow to our Branch; this blow was followed by the dwindling of our membership, many of whom were over seventy years old. The Harpenden Branch has served our Community well, and deserves a place in our history.