Notes on the Growth of Harpenden 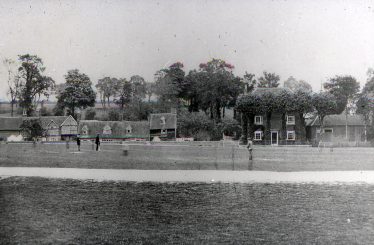 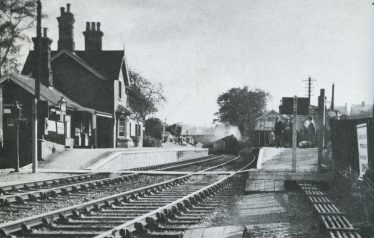 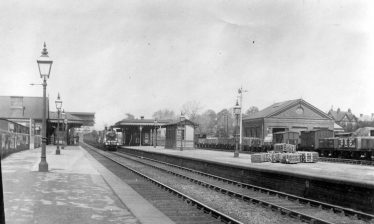 To see the update prepared in 2002 please click here

Before the coming of the railways, Harpenden was a small, mainly agricultural village, with a population in 1851 of 1980 people living in 418 houses. The houses were mainly grouped around the centre of the village (the present shopping area) with small hamlets at Bowling Alley (now Southdown), Batford, the Old Bell area, Kinsbourne Green and Hatching Green.

In 1860 the Great Northern Railway branch line from Hatfield reached Harpenden and in 1868 the Midland main line to St Pancras was opened. When two large farm estates were sold in the early 1880’s, land was available for development. The first estate to be sold was known as Park View, and on it were built Milton, Shakespeare and Spenser Roads. Next came Church Farm Estate, to the west of the Parish Church, and on this was built the area known collectively as “The Avenues” – Salisbury, Rosebery, Kirkwick. etc.

At this point it is, perhaps, worth remembering that not all the houses which are at present in a road were necessarily built at the same time.  It often happens that a road is started with only a few houses, and more are built later, sometimes with several years interval.  It is worth looking at the houses in a particular road to see if styles have changed.

Another area of development was on both sides of the Luton Road just north of the railway bridge; Park Hill, Park Rise, Roundwood Park, Roundwood Lane, Woodend Road, on the west side, and Bloomfield Road, Hillside Road and Ambrose Lane on the east.

Development stopped during the second world war, but a great deal of planning for the future took place.  In 1951 Hertfordshire County Council published a general development plan for the county, and also plans for the individual towns.

The easiest method of development is that known as ribbon development, where houses are built along existing roads, with services such as drainage, water, gas and electricity easily available.  During the nineteen thirties, when planning controls were much less strict than they are today, a lot of this form of development was carried out, resulting in long fingers of growth along the main roads, with undeveloped fields and patches of ground behind them.

When land suitable for building becomes scarce, these undeveloped areas have to be used, provided access to a road can be obtained.  This is usually done by taking a road across a bigger than usual garden, or occasionally by pulling down an existing house to make room for a road.  Using these odd patches of land is known as in-filling.  Examples can be seen at Lambourn Gardens, off Ambrose Lane, and at Waveney Road which has been built on the site of the old Harpenden East Station.

Other building areas during approximately the last ten years are:-

Social conditions are, of course, constantly changing.  Nowadays people do not normally have the large families of Victorian times, and do not, generally, have a number of servants living in, so very large houses are less in demand than they once were.  A large part of Milton Road, which was built in the 1880’s, has now been pulled down, and blocks of flats have been built in their place; this allows many more people to live in the same amount of space.

Similarly single old houses, with large gardens, are pulled down and several houses or flats built instead.  One example is Old Rectory Close, next to what was the Embassy Cinema (now a filling station), which stands on the site of the original Harpenden Rectory and its garden.

Another fairly recent development is the practice of extending existing houses.  When money is expensive to borrow, it becomes difficult to buy and sell houses, so people who need a larger house sometimes extend their present one.  This is usually done by adding rooms at the back, into the garden, or by adding to the side; sometimes a room is built above the garage, and lofts are often converted, to add one or two rooms.  There are examples of extensions all over Harpenden; one is opposite the entrance to Roundwood School.