Harpenden in the Abercrombie Plan

This article was among unpublished items in Eric Brandreth’s files. 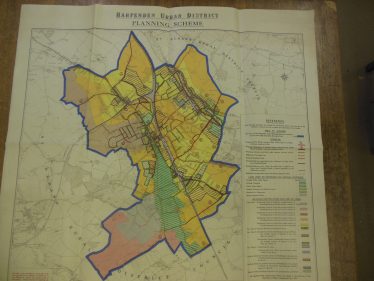 Towards the end of the Second World War, the Government was busy planning for the Post-War Britain. As part of this process, Professor Patrick Abercrombie prepared a plan covering Greater London, in which he included Hertfordshire and other counties surrounding London. This is what he said about Harpenden:

“A fairly rapidly expanding middle-class residential town on the main LMS line (Midland Section); train services to London are good. It is essentially a dormitory to London and Luton and, to a lesser extent, to St Albans.   The surrounding countryside is attractive and the town setting is greatly enhanced by Harpenden Common, which extends right into the town centre, shops fronting part of it being set back behind service roads.

“Communication between Harpenden and Batford is very bad owing to lack of  bridges over the River Lee; there are two fords and a narrow bridge.   Batford requires a good deal of tidying up, especially in the neighbourhood of the shack development along the Lower Luton Road.  Here the low lying lands adjoining the river should be turned into an open space. The town is not suitable for industry (industries being concentrated at Luton, Dunstable, St Albans and Welwyn Garden City). It is not proposed to use Harpenden as a reception area. The Rothamsted Experimental Station is the town’s most important non-residential activity.

“It is very desirable that Harpenden should retain its present character of compactness, and for this purpose should plan a green belt in its immediate surroundings. Especially desirable is a substantial belt between the town and the villages of Redbourn and Wheathampstead.   On the north it would be unfortunate if the fine stretch of country round Thrales End were to be developed.”

The map below, showing land within the Harpenden Urban District Council boundaries, appears to date from this period, possibly in conjunction with the Hertfordshire County development plan of 1951. It is interesting to note that nearly all areas were designated for development at different densities, apart from Harpenden Common, the Lydekker estate at Harpenden Lodge and allotments. 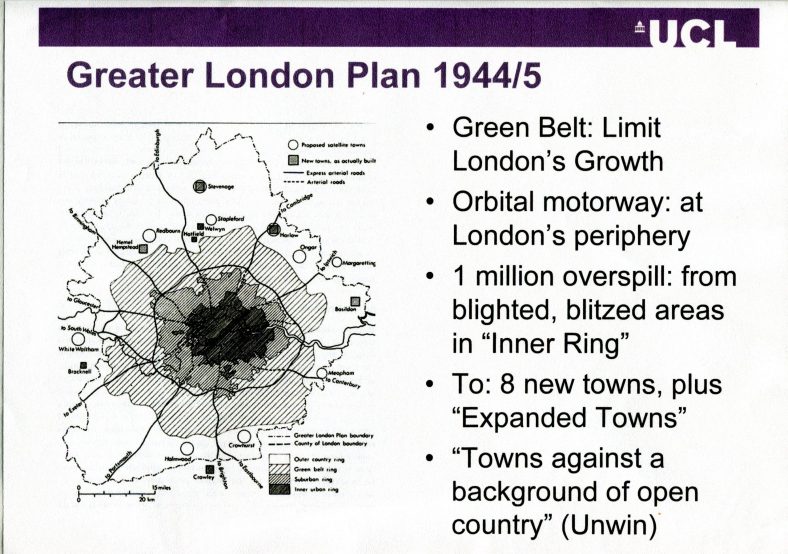 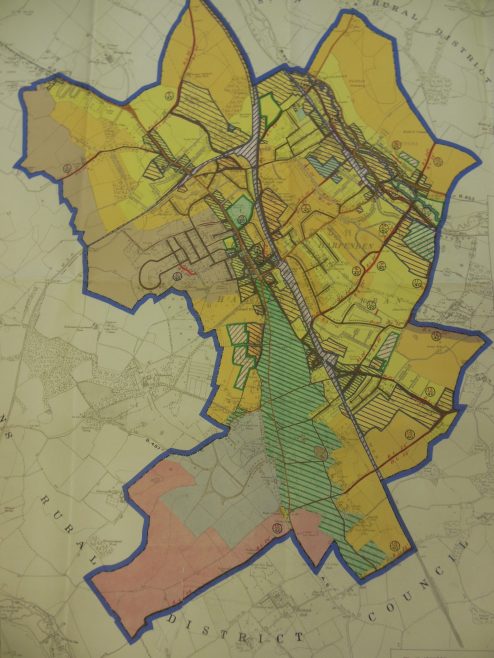 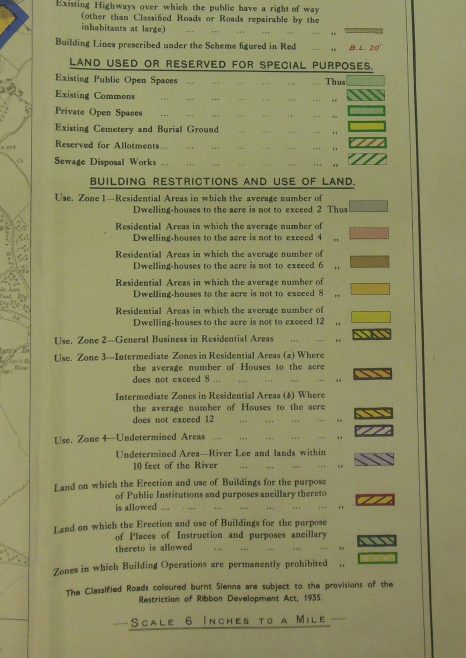 Key to the development zones