Talk to the Society by Dr Alan Thompson, September 2011 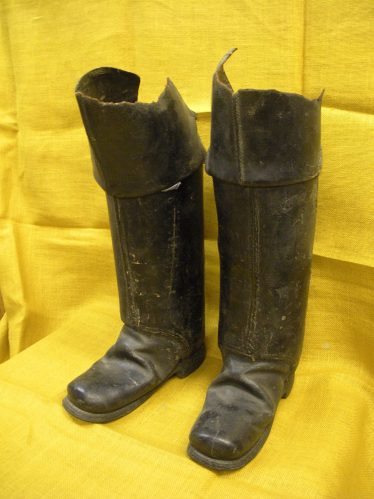 Although Hertfordshire was not the scene of any major battles, it played a key role in respect of its geographical position.  London was the Parliamentary stronghold, and Hertfordshire guarded the northern routes through which armies gathered and marched.  Hertfordshire was also on the west of the Eastern Association of counties supporting Parliament.  As an agricultural county it supplied grain and liquor to the Londoners.  However there were two distinct areas of the county with few east-west routes, so that St. Albans was a key town in the west and Hertford in the east.

Local historians all over the country have looked at records to see how the Civil War affected their populations, and much has recently been discovered about the situation in Hertfordshire.  When the Civil War proper began in 1642 there was a need for soldiers to be recruited, armed and trained, as well as to be paid and provisioned.  Local committees met to organise recruitment and to raise funds.  With the menfolk being at war, women had to play a greater role in working the land and running stores and taverns.  There was much need for horses, both to ride and to draw wagons.  Armies had to be equipped with suitable clothing, as well as with pikes and firearms.  As the war progressed money became short, and unpaid soldiers had legitimate grievances, which later encouraged support for movements such as the Levellers, who called for universal franchise and fair wages.

Locally St Albans was a key town at which a star shaped fortification was constructed with Vauban-style bastions and redoubts.  Parliamentary troops were billeted there and in Harpenden, then a very small village. 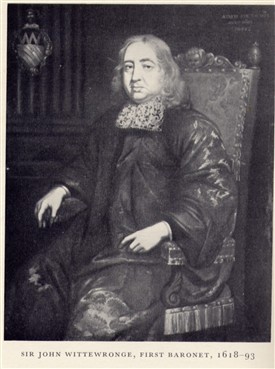 Sir John Wittewronge, leader of Parliamentary troops for the west of Hertfordshire – scan of Plate XII in Boalch: The Manor of Rothamsted

John Wittewronge of Rothamsted served on the local committee and as an officer took troops up to Leighton Buzzard.  (This may explain the pair of ‘Cromwell’s Boots’ in the Local History Society Archive Room in Park Hall).  The Garrards of Lamer in Wheathampstead were also key players.  Redbourn was on the main route to Dunstable and beyond, and its role was celebrated in 2010 on Redbourn Common by the Sealed Knot, as part of the village’s 900th anniversary celebrations.  The speaker came from Ware, a town which experienced some hostility from royalists in Hertford.

The aftermath of the civil war saw a changed society, with sharper divisions between town and countryside, a greater independence of spirit, new relationships between landowners and workers, between men and women, and other more gradual changes that became evident in the centuries that followed.  For some communities memories of the Civil War persisted for generations.