From the coming of the railways to the early 20th century 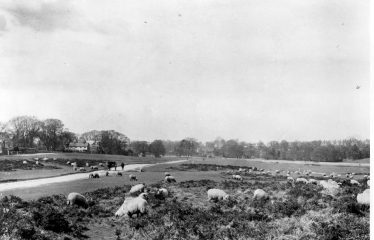 Sheep on Harpenden Common, with St Albans Road heading towards the village centre

In the middle of the nineteenth century Harpenden was a small agricultural village in Hertfordshire, itself a rural county. A road passed through the village from St Albans to Luton and on to Bedford, but for anyone going further north, Watling Street to the west, or the Great North Road to the east were better roads and much busier. The majority of Harpenden’s population was engaged in agriculture: there were over 30 farms, and four farmhouses still in the centre of the village. Most of the women and children plaited straw for the straw hat trade, which they sold to the plait merchants of Luton and St Albans. Many of these plaiters earned more money a week than their menfolk did working on the farms. Shops were few, usually just one room of a cottage, and were concerned with the necessities of daily living. 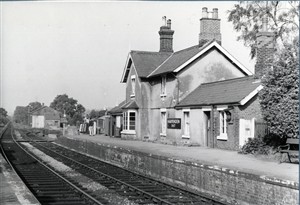 The railway came in the 1860s. First, in 1860 was the Great Northern branch line from Hatfield to Luton, coming through Harpenden at Batford.  Eight years later the Midland extended its main line from Bedford to London, passing right through the centre of the village. In 1881 a large estate of over 1,000 acres, nearly a third of the whole village, was put up for sale, and this was the catalyst for the expansion of Harpenden.  The area had a reputation for good clean air and for being a healthy place to live in; there was good communication with Luton, St Albans and London, and now land was available for building. When the Packe and Pym estate was sold, restrictions were placed on the type of houses which could be built: no residence was to be built on a plot at less than £800, or a pair of semi-detached houses at less than £1,200, both exclusive of outbuildings and stabling. They were considerable sums in those days. This restriction set the pattern for the development of the village. 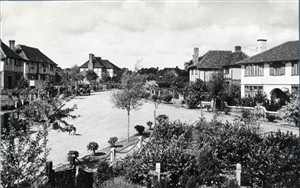 Lyndhurst Drive, part of the Carisbrooke estate, developed by Jarvis in the 1930s

First to be built were the Park View estate, which is now the Milton Road area, and then Church Farm estate, which comprised the Avenues, behind the church. Little building took place during the Great War, but the inter-war years were a time of great expansion. Land between the High Street and the Lower Luton Road was extensively developed, together with the West Common and Roundwood areas.

As the village grew, so did its need for services. The Harpenden Water Company was formed in 1885, originally to supply the Park View estate, but gradually expanding to serve the whole village. A sewage scheme was built in 1911, to replace the earlier system of dumb wells, which had to be emptied at regular intervals. The Gas Works at Southdown were opened in 1864 mainly for domestic users. 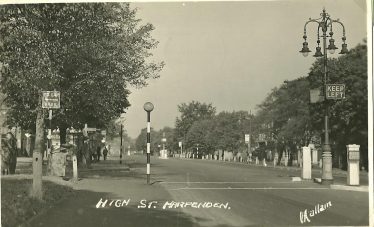 The Harpenden Vestry meeting considered street lighting in the 1880s, and was eventually prodded into action when one or two leading gentlemen installed private street lamps in selected places, to show what could be done. In 1888 there were 47 street lamps: 10 years later this had been increased to 84. In the early days, with true Victorian romanticism, the lights were not lit for a few nights around full moon. It was not until after the Second World War that the gas street lights were replaced by electric ones.

Electricity came to Harpenden in 1923, although before that some of the big houses had had private generators. One at the Red House developed a fault in August 1896 while the family were on holiday, and the house was burnt down, despite the best efforts of the Harpenden Volunteer Fire Brigade. 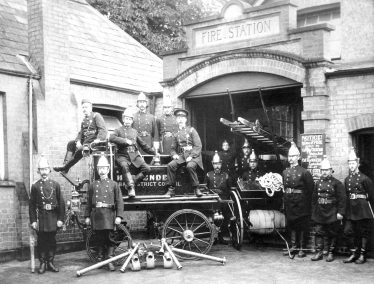 The Fire Brigade had been formed in 1881, following a disastrous fire at the Barclays Bank corner, when Brigades summoned from St Albans had taken over an hour to arrive after the alarm had been raised, and the fire had gained too strong a hold to be controlled.

Towards the end of the 19th century there was a great feeling nationally that local government needed to be reorganised: in 1888 county councils were created, followed in 1894 by a new system for towns and villages.  Harpenden became a Parish Council, and four years later an Urban District Council. 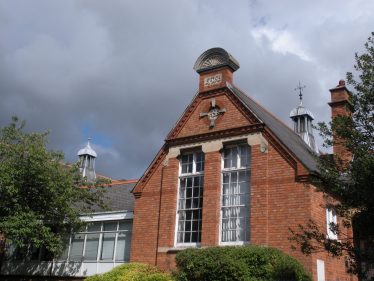 Also in 1894 Harpenden appointed a School Board, the last authority in Hertfordshire to do so. The School Board decided to build a new village school to replace the existing buildings in Leyton Road, now known as Park Hall. After considering several sites they settled upon Victoria Road, and the school opened there in 1897. The Urban District Council then acquired the old school buildings, for use as a Council Chamber and Public Hall.

Local government in the village has now gone through a full circle: the Urban District Council moved to Harpenden Hall in 1931: in 1994, after 63 years, Harpenden Town Council returned to an elegantly refurbished Park Hall, and behind it Harpenden’s new Town Hall for the 21st century.