From cesspools to modern disposal 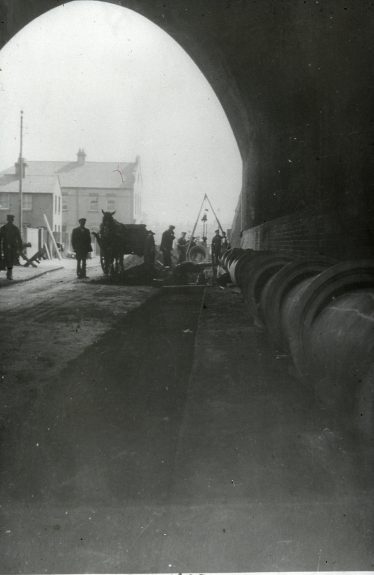 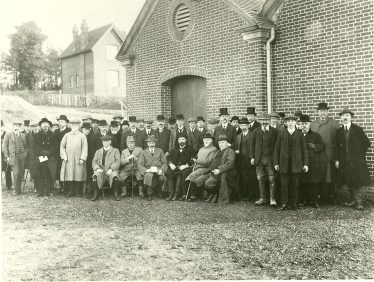 Dignitaries at the official opening in 1914?. Credit: LHS archives 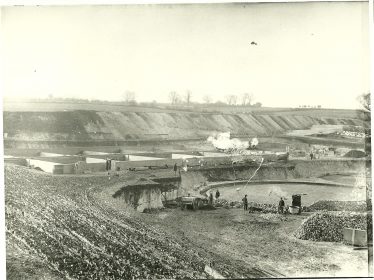 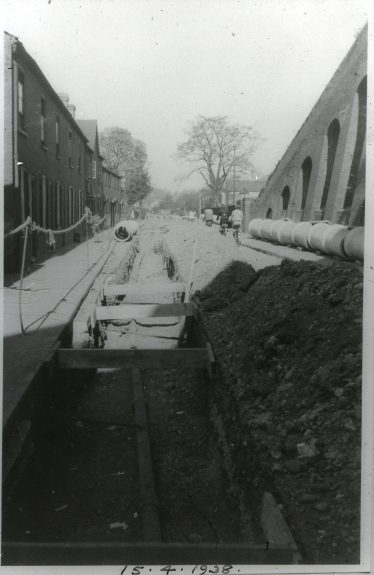 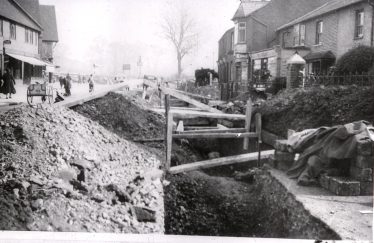 This article was first published in Newsletter 21, February 1980

In the spring of 1900, the two-year-old Harpenden Urban District Council made an important purchase.  The Harpenden Mail for April 27th said:

“The importance of placing the sanitary arrangements on a more scientific basis has been recognised by the Harpenden authorities who have recently acquired an improved vacuum cesspool exhauster, capable of performing the usually disagreeable work of emptying cesspools in a very economical and cleanly manner.  The sewage being drawn up quickly into a large air-tight tank without exposure, no offensive odours – so abominably characteristic of the old method – are caused.  In consequence of this, the plant can be operated during the day-time, without rendering its presence in any way objectionable to persons in the locality.  The apparatus is of Merryweather’s make and likely to prove conducive to the cleanliness, therefore, the health of the Harpenden district”.

The old ways could not have been very pleasant.  Edwin Grey describes in his “Cottage Life” how it was done:-

“The old cesspool closets were then in vogue, and were called privies, but they were anything but private, for one closet had to do duty for as many as four cottages and in quite a number of instances one closet only being provided for six cottages: men took their turns to empty these cesspools, choosing a moonlight night for the job, also late at night when everyone was abed, trenches being dug in the garden wherein to deposit the night soil, pails and a long handled kind of scoop being used for the purpose of emptying.  In the case of these cottages having no vegetable or back gardens, the parish night soil cart was brought in requisition for the emptying and disposal of the cesspool contents, also that of the dumb wells, the cart and jets jets being generally spoken of as “the Parish tackle”.

Dr Blake came to Harpenden in 1879 as assistant to Dr Spackman.  He had some comments to make on the public health aspect of the system.  In a series entitled “Forty-years ago” in the Harpenden Echo for 1919, he wrote:-

“The whole village was honeycombed with dumb wells, needing periodic emptying with with bucket and windlass.  When this was going on, one might say these dumb wells spoke, and in a most offensive manner.  Each house had its deep well, for water supply, and winding up the bucket was tedious and laborious.  The wells were all to some extent contaminated by soakage, but not so seriously as might be supposed, as the chalk filtered and mainly purified the sewage.  A person said to me ‘Many towns have a difficulty in sewage disposal, we have not, we drink’.  Eventually a system of sewage became imperative and up went the rates”.

The vacuum cesspool exhauster was an improvement on the old system, but as the village population grew, it became obvious that something more was needed, and in 1911 Harpenden Council started to build a proper sewage system.  This required a large labour force; just as building the railways had done, nearly 50 years earlier.  It is interesting to see how a building originally erected for the railway navvies found a similar use once again.  The Parish Magazine for November 1911 reads:-

Welfare for the navvies

“In view of the influx to Harpenden, to work in connection with the sewerage scheme, of about fifty navvies, and the prospect of this number being doubled, it is proposed to open as a mission centre the building in Bowling Alley known as the Coffee Room.  This room was erected, chiefly through the instrumentality of the late Mrs H T Hodgson, in the year 1864, when the Midland Railway was being constructed through Harpenden, being then used for a purpose identical with the present proposal.  Mainly through the generosity of Mr H T Hodgson, the room will shortly re-open, and upon almost every night of the week, the sewerage works navvies will be able to spend their spare time there.

“Magazines, papers and games will be provided, and temperance refreshments served at a small charge.  Occasional smoking concerts will be given for which purpose a piano has already been purchased.  Various gentlemen in connection with St John’s Church have kindly undertaken to help and subscriptions will be gladly received”.

People obviously rallied round, because in January 1912, the Parish Magazine is able to say:

“Thanks to the help of various friends, the old Coffee Room is proving a boon to the men employed on the sewerage works.  Another successful Smoking Concert was given on 7th, refreshments were provided free.  The room is now open on Sunday evenings, and lantern pictures and Mission addresses by Mr W Mundin have been greatly appreciated.  Among other kind friends, Mr & Mrs Heasman have been organising music during the first part of the time.  Mr Mundin has also been giving interesting accounts of his experiences on the Manchester Ship Canal Works, with illustrations.  Funds for Club expenses are needed.  It is also proposed to give a Supper to the men after Christmas, and a Concert, in aid of the funds, will be duly announced.”

The works were completed in 1914.  In 1930 Mr H W Johnson, the current UDC Surveyor, presenting a paper to a meeting of his professional colleagues, briefly described them:

“These works were completed in 1914 to the designs of Mr A P I Cotterell, M.Inst.C.E. (Member).  They consist of two detritus or grit chambers, nine Dibdin slate contact beds, two Dortmund Tanks for the settlement of the sludge, three primary percolating rotary filter beds, three secondary percolating rotary filter beds, and an aerating channel leading to the outfall into the River Lea. 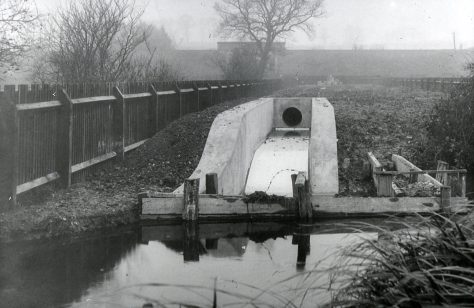 “The beds having underdrained clinker floors which are emptied by hand as required and the sludge removed by means of wagons running on narrow gauge railway to large pits surrounded by earth banks for the final drying and dewatering.  This dried sludge is carted away by local carters and farmers for use on the land as manure.” 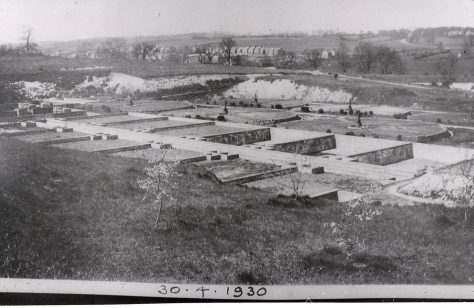 In 1958 the Council decided to have a comprehensive extension of the works.  This cost £250.000 and was completed in August 1968.  The Harpenden Free Press account of the day said:

“The Council are satisfied the works will meet modern requirements and are adequate to deal with the growth of Harpenden and district as at present envisaged.”