From Arkwright to Mayor 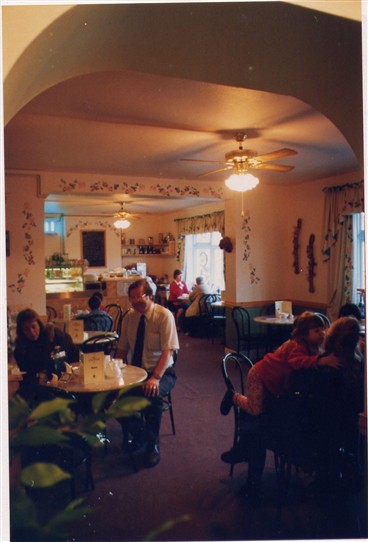 Michael Weaver, recently retired from the dignity of Mayor of Harpenden, gave an interesting and amusing talk on his years in Harpenden to the June 2012 meeting of the Society.

A Chartered Accountant by profession, Michael came to Harpenden in 1968 and acquired C & A Builders’ Merchants, then located in Brewery House.

He became the Chair of the local Chamber of Commerce and recalled such events as decimalisation, the power cuts of the early ‘70’s and the introduction of VAT. In those days shops closed on Wednesdays and most businesses closed for lunch.

He recalled just one restaurant in Station Road, businesses such as Saxby’s and Rolts (long gone) and certain old public toilets which gave rise to the tag Clochemerle of Hertfordshire.

The original C & A was adjacent to the Methodist Church. When Sunday opening was introduced the Vicar requested a ban on the use of the power saw until after his sermon. The premises were gutted by a fire in 1974 but reopened within a month. The lease expired in 1989 and the business moved to Kingston House on the other side of the High Street. A distinctive three-sided clock was installed on the front facade. Trading was becoming more difficult and the coffee room became a significant source of income!

He noted that his interest in history came from reading his daughter’s schoolbooks.

He left C & A in 2003 and taught accountancy in Luton. He had also entered local government at the town level. He had decided not to describe the inner workings of the Town Council to the meeting but did note that it was the lowest level of local government. He had intended to stand down but ended up being chosen as Mayor, attending 150 civic functions in his year of office. He had espoused ‘localism’ in the form of the return to town control of local assets where that could be achieved. The short life of the ‘Jubilee arch’ at Thompson’s Close was noted – even Mayors can fall foul of the planning process!

In the general discussion that followed he noted that the population had doubled since 1968. In response to questions concerning the future he considered that out-of-town supermarkets were not a threat as there were 3 such in the town and that internet shopping was a greater threat. He thought that the future of the High Street lay in a mix of shopping and social centre.  Other specific areas of local concern were noted – the ageing of the Red House and Oaklands and problems in replacing them, transport to out-of-town facilities such as hospitals, the shortage of school places and the conflicting desires for more housing and for limiting the expansion of the town.