You are here: HomenextHarpenden HistorynextTopics - from Archaeology to WartimenextWartime - Boer, First World War in Harpenden (WWI)nextMemorialsnextA War Memorial for Harpenden?

A War Memorial for Harpenden? 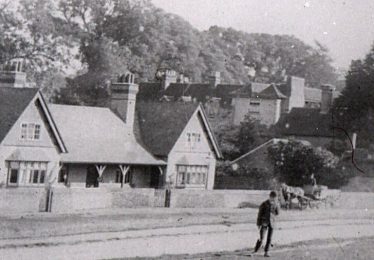 zoom
The Institute - now the Friends Meeting House
LHS archives - detail from B 2.40

At the end of the Great War the people of Harpenden were considering the provision of a memorial to honour the men of the village who had given their lives.  There were  many proposals, including this unsigned article in the Herts Advertiser of 18th January 1919.

What, then, do we need in Harpenden?

A building in which shall be centred the civic and social activities of the district, including:

There is no point in complaining about the evils of Public Houses unless we provide a counter attraction. It is essential to provide for the social intercourse of men and women, who at present have no proper means to that end: a public building must have:

But our scheme will not be complete unless it provides for outdoor activities as well as indoor. We are fortunate in having the Common, available to some extent for the recreation of the people. The Council should take over the lower part, up to the pond, which could be converted into a covered swimming baths, and on that land provide properly equipped playing grounds, with shelters for the children; a cricket pitch; tennis courts; a bowling green; and similar facilities for “the children of longer growth”. The civic and social centre should be near the site, preferably in the middle of it.

We should also erect a Maypole and revive the old village dances and outdoor sports of all kinds. The present golf course should come under the control of the local Council, and be open to the public at very nominal charges.

Ed: While most of these ideas have been carried out in one form or another – some in Rothamsted Park rather than on the town end of The Common – Harpenden still lacks a comprehensive Community, Leisure and Sports Centre commensurate with these dreams of what was needed for the population of some 6,500 people at the end of the First World War (6738 by 1921).