The last of the Ackroyd bakers 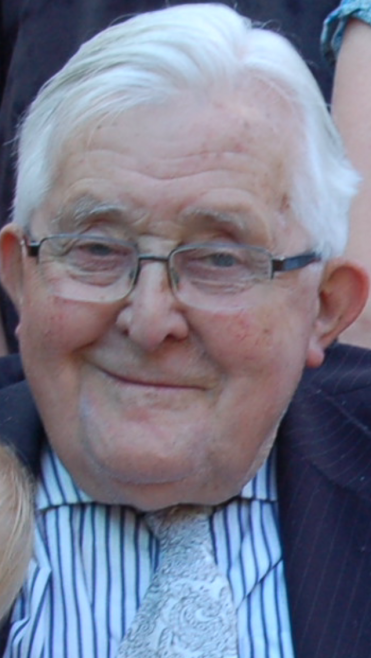 This appreciation was published in The Herts Advertiser, 22 June 2017, and reproduced in the Society’s Newsletter 132 in August 2017

Geoff Ackroyd, one of Harpenden’s best-known residents, died in June 2017 aged 87. He was born above his family’s baker’s shop in Station Road and followed his father Ernest into the business. Geoff built it up eventually to a chain of seven bakery shops in Harpenden and surrounding villages. His reminiscences of the area’s changing scene through his lifetime are recorded in the book he wrote in 2011, entitled ‘The Village Baker’. This proved very popular and has been reprinted twice.

As a Master Baker and Confectioner, Geoff was admired especially for his cake design and decoration. His design for a three-tier wedding cake for the marriage of Prince Charles and Lady Diana Spencer in 1981 was accepted by Buckingham Palace.

Geoff leaves behind his wife Brenda and their son Christopher and three daughters, Rachel, Miriam and Mary, along with six grandchildren and five great-grandchildren.