William James and his time at T Simons & Sons, Harpenden 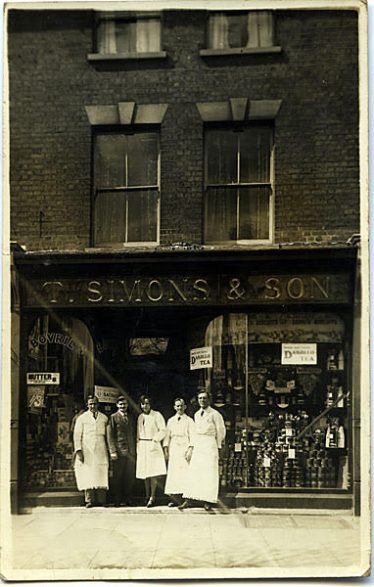 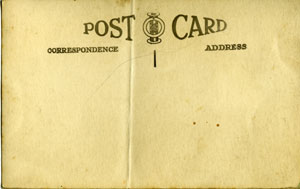 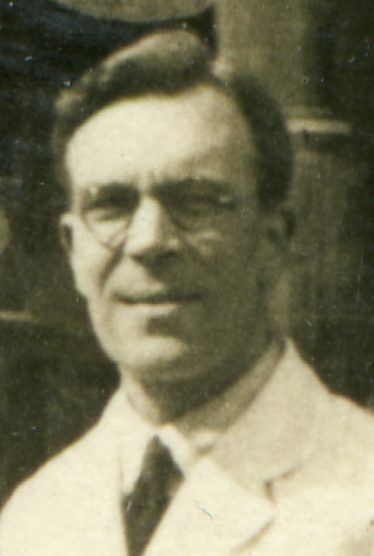 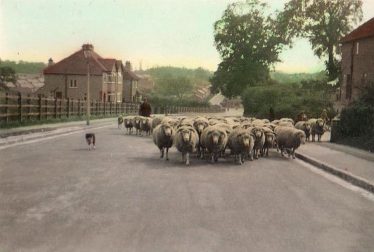 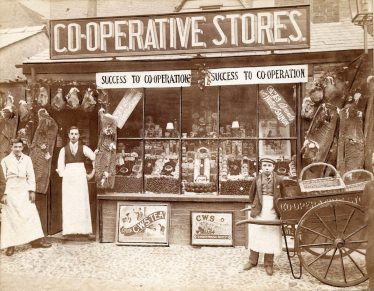 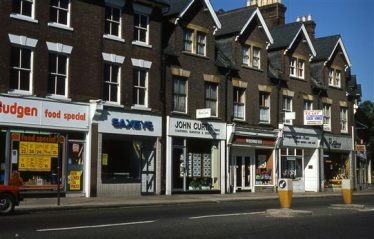 zoom
6. The High Street 1977 with Budgen and Saxby
HLS 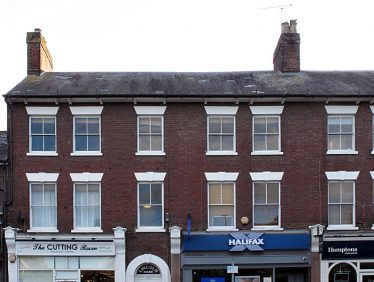 This story begins with this picture from my late father’s photograph album, compiled during the 1940s and 1950s. It wasn’t mounted with the family photographs, but tucked in at the back, battered and creased. (photos 1 & 2)  It shows a grocer’s shop in Harpenden. It is postcard size, 5.5 x 3.5 inches (140 x 90 mm), with a postcard template printed on the back. It does not look like a snapshot. The image is sharp, and the people appear carefully posed. I imagine the photographer, camera on a tripod, standing in the middle of the High Street, in an era when there would have been little danger from motor traffic.

The name of the shop is T Simons & Son, and above the shop front is a small plaque stating that it is a ‘Branch of Howard Roberts Ltd.’ (see 9)

The purpose of the photograph

The purpose of the photograph is unknown. Perhaps it marked the acquisition of T. Simons by Howard Roberts – an opportunity to publicise the chain of shops by selling or giving away postcards. However I know, from other photographs in the album, that it was not unusual for ordinary family snapshots of that time to have a postcard template printed on the back. The man on the right is my grandfather, William James, born in Wellingborough in 1890 and resident in Harpenden from approximately 1911 until his death in 1972. His father, Samuel James (1863 – 1948), a train driver, Methodist lay preacher and accomplished amateur musician, frequently passed through Harpenden while on the footplate, and sometimes lodged here when his work required it. William had wanted to follow in his footsteps but, having lost the sight in one eye as the result of an accident in early childhood, could not hope to pass the railway eyesight test.

Leaving school at 11, William assisted a grocer’s delivery man, riding on a horse-drawn cart around the Northamptonshire villages. At 21, seeking promotion, he answered an advertisement for a grocery assistant in Harpenden, probably on the recommendation of his father, who was able to suggest suitable lodgings.

William stayed in Harpenden, married Kate Bates (1889 – 1956), the fifth of seven siblings from a local family, and lived at various addresses in the Southdown area, including Coleswood Road, Cravells Road and Piggottshill Lane.(4) He was a member of the local Methodist church, sang in the choir and, like his father, was a lay preacher. He served as a clerk in the Army Service Corps during the First World War – having avoided the trenches because of his eyesight – and this further developed his understanding of the grocery trade.

William eventually became the senior grocery assistant at T Simons, having responsibility for bookkeeping. He also had supervisory responsibilities for a number of other branches and would make regular tours of inspection around the local villages on his bicycle to ‘check the books’. Unfortunately our family history does not record how many other branches he supervised or where they were.  We cannot be certain that he had that position at the time the photograph was taken.

By comparing his appearance in the photograph with other pictures in our family albums where the dates are known, I estimate that he was in his mid 30s to early 40s, which would date the image to somewhere between the mid 1920s to early 1930s, but no earlier than 1924, the year of the takeover by Howard Roberts (see below). The skirt length, shoes and hairstyle of the woman in the picture might offer additional clues, and I thought the peculiarly frayed aprons worn by the men might point to a narrower range of dates. However a similar style of apron can be seen in other images of grocer’s shop workers in the late 19th and early 20th centuries – such as this one dating from 1899 (5) – so frayed hems were not a useful guide.

T Simons is recorded in ‘T Simons Wine and Spirit Merchant’ as “By 1924 … the shop had become a branch of Howard Roberts. However the shop continued to trade at under the name of Simons and Son until 1958, then in 1960 giving way to Budgens.”

It seemed very likely that the shop shown in the photograph is the one mentioned in that article. The photograph shows that the building was of brick and there were at least two storeys above the shop. The keystone lintels above the central windows are particularly striking. Another photograph from the Harpenden History site, dated 1977, clearly shows these architectural features and includes two food shops: Budgen and Saxby’s. (6) The same location in 2021 (7) John Curtis Estate Agents now occupies Saxby’s former premises and Halifax has replaced Budgen. Using the method of brickwork comparison described in the article ‘St. Margaret’s: A Photograph Comes Home’ in Harpenden and District Local History Society Newsletter 143, it is possible to show that the shop in the old photograph was where Budgen was in 1977 and where the Halifax bank is today (7). To do this I made contrast-enhanced close-ups of the brickwork between the pairs of windows immediately above the shop fronts, and numbered the brick courses starting with the first below the lintels (8) / (9)  There is a clear match between the  image 9  (Halifax) and the old photograph. Compare the courses between 20 and 23. The mortar colour is lighter in both images, which helps delineate the individual bricks. From this I can confirm that the shop where my grandfather worked was located where the Halifax bank was until October 2021 i.e. 34 High Street, Harpenden.

My grandfather finally retired in 1962 at the age of 71. It is probably true to say that his was the last generation that was able to spend an entire working life (of 60 years) as an assistant in a traditional grocer’s shop.

My thanks must go to my sister, Carolyn Crawley, whose family history school project, written in 1973 with help from our father, provided much of the detail about the early life of William James.