You are here: HomenextHarpenden HistorynextPeoplenextEntrepreneurs and business people/folknextMr and Mrs James Park and their former Harpenden Pharmacy

Mr and Mrs James Park and their former Harpenden Pharmacy

An appreciation of Mrs Park's service to the community 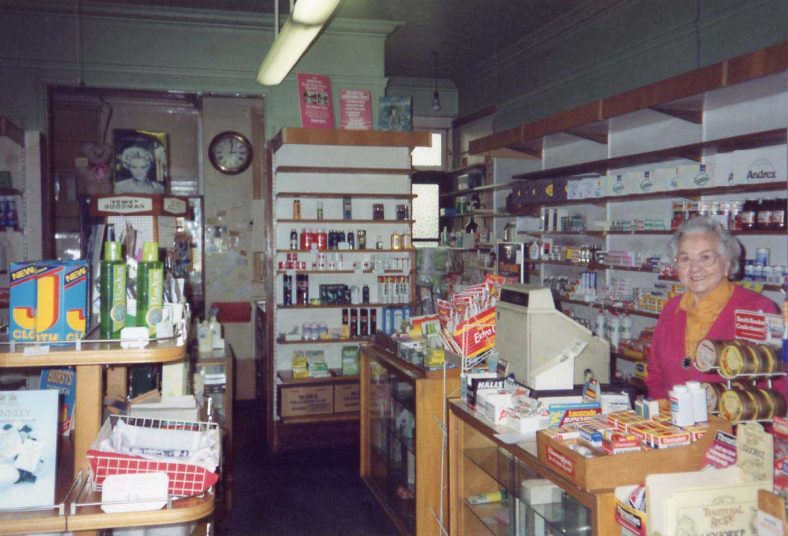 In 2004, Lorna Wang* wrote to the Herts Advertiser in response to their report on the closure of Park’s pharmacy

I was a regular customer at the pharmacy from the early 1960s onwards and was probably one of the last to have a chat with Marjorie Park before the ‘closed’ notice on the door remained permanently in position, indicating the shop was never to be reopened.

For some years after her husband died, Marjorie Park continued to sell toiletries. But customers gradually reduced in number. Finally, the quantity and range of goods she sold had diminished to such an extent, that even my favourite egg-shaped pink soap was no longer available, as firms became unwilling to fulfil her small orders for new stock.

Faithful customers therefore called in, not to buy anything, but just for a chat, and to keep Marjorie (now well on in her eighties, house and shop-bound , surrounded by mostly empty shelves) in touch with the world outside, and to reminisce about the good times.

It was seldom, however, that one particular subject did not surface. Mrs Park complained bitterly and repeatedly about being unable to lower her blind over her south-facing shop window to stop the goods on display from fading. The reason? The lights to a controlled pedestrian crossing, introduced in the early 1990s, had been erected so close to her frontage, that the shop blind could never again be lowered.

She was very vulnerable, sitting all alone in her shop. Yes, unscrupulous people did take advantage of her vulnerability. Yet she was adamant that this was where she wanted to remain, for she, together with her husband and children had lived on the upper two floors above the shop (most shops then accommodated their owners above the premises). It had been their family home, and the shop and pharmacy James’ and Marjorie’s life.

Marjorie Park therefore continued, throughout the changing seasons, to sit on her stool in the gloom, behind the open drawer of the till which contained just a few pence of change. (She had learnt from bitter experience not to keep greater amounts of money in the till). In the winter she had just one little heater for warmth on the floor beside her.

Approaching her 90th birthday, there were times when she felt unable to keep the shop open, and hand-written explanations would be displayed on the door. The periods when the shop remained closed lengthened. Finally the ‘closed’ notice remained unchanged, but we did not know that, and we continued to look in vain for signs of life, or news of her.

Finally, after many months, someone removed the dusty, faded goods on display. We then knew the end of an era had come. The wooden-framed glass panels behind the display shelf have now also been removed. All that remains in the windows now are the bedraggled lengths of material still draped over the floor of the display cabinets. Work is currently in progress to convert the Park’s previous living accommodation into two self-contained flats.

Whatever the future of the shop itself, in the minds of many Harpenden residents it will always remain ‘Park’s the Chemist’.

*Lorna Wang was a strong defender of Harpenden’s heritage and campaigned for high standards of public services.  She died in 2009.