You are here: HomenextHarpenden HistorynextPeoplenextMedicsnextCharles Hill - his life and times

Charles Hill - his life and times

Talk by Susan Fairbairn, daughter of the late "Radio Doctor", on 25 February 2014

This article was first published in Newsletter 122, April 2014. 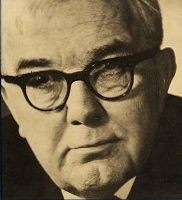 Charles Hill was born in Islington in 1904. He said that his father, who died when he was two years old, had worked as a piano tuner in the family business of Dunmow, Ellis and Hill making pianos.

Such was the educational system at the time, he was able to benefit from a scholarship to grammar school and then to Trinity College, Cambridge. He was, he would say, lazy at school but was inspired to apply himself in the sixth form by his then Headmaster, W.G Rushbrooke. While at Cambridge reading medicine he met Marion Wallace, who read botany at Newnham College. They married several years later, and died within weeks of one another in 1989, having been married for 60 years.

Charles left the practice of medicine to join the British Medical Association in 1932, initially as Assistant to the Secretary. In time he himself became Secretary. It was at this time that he moved with his growing family to Harpenden. Their home was a rambling Victorian house, in Milton Road*, a short walk from the station. The garden, stocked with hens as pets and rabbits for the pot, was on two levels, sloping down to the railway track along the bottom.

Charles was very much part of the local community. He played golf at Hammonds End, drank beer at the Cock, and played poker on Sunday afternoons with a gathering of friends including Percy Claridge and E.C. Jarvis, whose businesses both continue to flourish in Harpenden today.

As Secretary of the BMA, it fell to him to fight hard on behalf of the doctors at the time of the introduction of the National Health Service.  Aneurin Bevan was his main protagonist and he always spoke of him with great respect. In 1948 he and a group of local residents formed the Harpenden Trust. Despite the introduction of the welfare state and the NHS, it was felt that there would always be a need to take care of people who ‘fell through the net’. It was the case then and remains so today. To this day the Trust helps the less fortunate in our community in a variety of ways.

During the war Charles was invited to give occasional radio broadcasts about healthy eating under rationing. These proved popular and became more frequent, eventually becoming a regular Friday morning broadcast.  Medical etiquette was such that doctors were not allowed to ‘advertise themselves’, and his rich and earthy advice was simply known as that of the ‘Radio Doctor’. This is how he is widely remembered today. The broadcasts were live, and so he always stayed in London on Thursday evening.

In the next stage of his varied career, in 1950 he became Member of Parliament for Luton, standing as a National Liberal, taking the Conservative whip. It was never a safe seat. He scraped in with a majority of just over 1,000. His opponent, William Warbey, said ‘I have been beaten by a Voice’.

His broadcasting skills came into their own when he made a famous speech remembered particularly for the phrase ‘Chuck it, Priestley’. This referred to an election broadcast made by J. B. Priestley. Winston Churchill was impressed and sent a telegram of congratulations which was on display along with other items for members to view.

Marion, as an MP’s wife, was never completely happy in the role. She was a quiet, retiring and unfailingly supportive woman who did not find their public life easy. They remained to the end a devoted couple.

Charles’ talents were quickly recognised and he held a number of junior ministerial posts in the 1950s. He was determined not to accept a post on the Ministry of Health. However, as Parliamentary Secretary at the Ministry of Food, he played a role in the ending of rationing in 1953.  When elevated to the Cabinet as Postmaster General he introduced Premium Bonds. His final Cabinet post was as Chancellor of the Duchy of Lancaster in Harold Macmillan’s government. With responsibility for all aspects of government publicity, an important aspect of his work was to maintain a good relationship with the press lobby. He knew that he could talk to the Press ‘off the record’ and it would not be published. How different things are today! Sadly his political career ended suddenly in 1962 with only four hours’ notice. Harold Macmillan rushed through a major reshuffle in what became known as the ‘night of the long knives’. 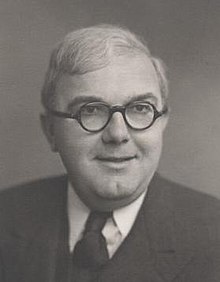 For many that would have signalled the end of their professional career.  It was not so for Charles Hill, now created a life peer. He became chairman of the Independent Television Authority in 1963. His work involved improving programmes. That brought him into contact with Mary Whitehouse. He enjoyed his four years with the ITA immensely. Amidst some surprise, and some criticism, he was appointed by Harold Wilson as Chairman of the BBC in 1967. It was felt that he might introduce advertising in the BBC, which he did not, or that he might yield to governmental pressure, which he did not. He proved a stout defender of the independence of the BBC and an adroit administrator. 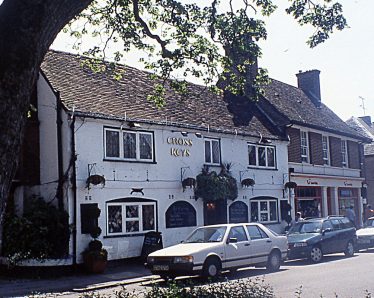 Charles finally retired in 1972.  He did, however, continue to be active in the business world as Chairman of the Abbey National Building Society and of Laporte. He enjoyed fishing. Marion would accompany him and would be painting while he fished. His ’local’ became the Three Horseshoes on East Common, where he regularly lifted an elbow with Reg Pearson, the retired Chairman of Vauxhall Motors. In his final years his ‘local’ was the Cross Keys in the centre of Harpenden.

He died in 1989 and was commemorated in a service in Westminster Abbey in November of that year.  In subsequent questions and anecdotes by the members it transpired that his career and life in Harpenden was well remembered by many.

*   Brooklands, 26 Milton Road. This was demolished in the 1970s and Heathview and Lindon Court stand on the site of the house and garden