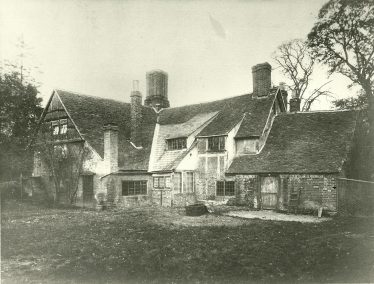 In the seventeenth century alehouses were licensed and controlled, among other reasons, because they became the only places where the unwelcome unemployed could find refuge.  Hertfordshire JPs tried to close unlicensed houses and to maintain order in the licensed ones, but it was not easy.

Harpenden seems to have had more offenders than Wheathampstead.  For example William Catlin was presented to Quarter Sessions in 1621 as an alehousekeeper, for having an unlicensed and disorderly house; in 1627 as a brewer for keeping alehouses without licences; and in 1633-34 as an innholder (of The Bull, a rather superior new inn) for the “evill rule and misdeameanours” in his house.  1644, George Lowe, innkeeper of Harpenden was prosecuted for keeping a disorderly house.  Some of the trouble was simply due to drunkenness, the solace of the poor.

There is research to be done on eighteenth century local records to find prosecutions for drunkenness, but nineteenth century Quarter Sessions records include many instances of assault, being drunk and disorderly and the failure of publicans to keep to hours.  The parish lock-up or ‘cage’, which stood next to the churchyard on Church Green in Harpenden from about 1820, was used for short time confinement for such as drunks.