An anecdote from John Lydekker 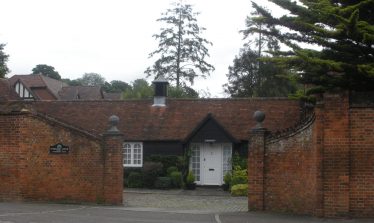 zoom
The yard gates at Harpenden Lodge - from here the thief legged it up Luton Road until he was caught
Rosemary Ross, August 2012

Harpenden Lodge was the starting point of the last “hue and cry” recorded in Harpenden. “Hue and cry” had been in existence since medieval times: anyone chasing a thief or miscreant of any kind was entitled to call upon the assistance of anyone within earshot and they were legally supposed to join the chase. John Lydekker told the story in the Herts Advertiser in about 1935:

“One morning some seventy years ago (about 1865) a rough-looking man walked through the yard gates at Harpenden Lodge, shouted “is there any work to be had?” and seeing there was no one about, walked up to some carpenter’s tools which were lying on the ground, deliberately smashed a saw by a well-directed kick of his heavy boot and ran off down the road. My father (Arthur, aged about 12) who was looking out of a window, happened to see this take place and rushed off to tell my grandfather (Gerard). This unprovoked attack on his property was too much for the old gentleman and calling his footman and gardener he started off in pursuit with his small son bringing up the rear. The chase proceeded along the Luton Road and the offender then struck across the fields where some men were ploughing. My grandfather (who was often referred to as “an active magistrate”) called on the ploughmen to assist in the chase and this improvised “posse”, which increased in numbers as the chase proceeded and was stimulated by the promised reward of a shilling for the one who effected the capture, eventually ran the man to a standstill. He was thereupon arrested and brought back to the village where he was handed over to the custody of the policeman”.