Fire and looting at Turner's Hall, Kinsbourne Green in 1826 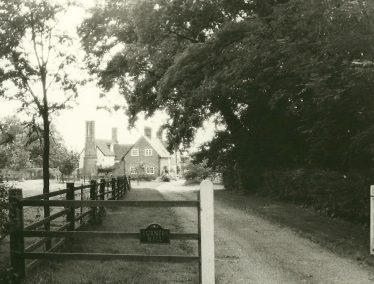 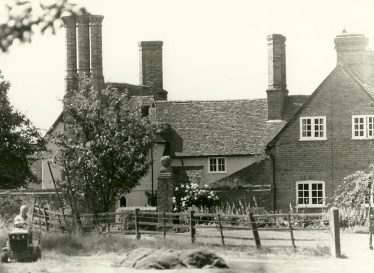 On Friday evening last, a most destructive fire took place on the premises of Mr James Bates, of Turner’s Hall Farm, in the Parish of Harpenden.  It appears that about 8 o’clock in the evening, Mr Bates’s shepherd went to an out-building, called the Lamb-house, which contained twenty ewes and twenty lambs, of a peculiar fine breed, rearing for the London market.  He had a lantern with him and after feeding the sheep, carefully locked the door and went to bed.  He had not lain long before he was awakened by a gleam of light penetrating into his bed-room.

On looking out at the window, to ascertain the cause, he discovered the Lamb-house to be in a blaze of fire.  He dressed himself immediately, and after giving the alarm to the inmates of the house, ran as fast as he could to Flamstead, a distance of two miles, whence his master had not returned from market.  Mr Bates came came home as quickly as possible, when he found that the flames had communicated to a stable and barn adjoining, and were raging with frightful rapidity.

Prompt attendance by the Redbourn engine

The destructive element proceeded so fast with the work of devastation, that in a short time the stables, barns full of corn, one of which was 73 feet long, several stacks of corn and much valuable property was reduced to a heap of ruins.  Every one of the forty sheep and lambs, a horse valued at sixty guineas, and all the carts and waggons , with the exception of a light market cart, were comprised in the general loss. The sheep were literally burnt to ashes.  The Redbourn Engine was prompt in its attendance and succeeded in saving some of the stacks.

These heartless wretches .. plundered .. every article

The above details are sufficiently distressing – but still more painful circumstances followed:  The flames which were visible for many miles, had collected an immense concourse of people among whom were many of the Gipsy tribes that infect the neighbourhood of Harpenden Heath.  At this moment, when the anxiety and grief of Mr Bates’s family may be better conceived than described, these heartless wretches actually forced into his dwelling house, which was sufficiently distant from the scene of the conflagration to be secure from its consequences: and upon the plea of removing the furniture, &c for safety, effectually plundered it of every article it contained.  The smallest trinket box was broken open, and its contents stolen.  Not satisfied with these acts of cruelty and villany, the mob had the audacity to go into the cellar, and actually to tap and drink several casks of ale and beer, home-made wines &c.  Their drunkeness added to the general confusion, and the scene which ensued beggars all.

Compelled to sleep on the floor

The result was that the immense range of outbuildings, which formed three sides of a square, were with all their contents, burnt to ashes, although the fire commenced at the lamb-house, which is quite at one extremity.  Had any of the intermediate buildings been pulled down, there is no doubt but the progress of the flames might have been checked, and much valuable property saved.  As it is the destruction of property could not be less then from £4000 to £5000.  The buildings were insured in the Herts and Cambridgeshire Fire Office, for £2000, and the stock in the County Fire Office for £1000, which was not above half its value.  The alarm of Mrs Bates was so great, that she is still in a precarious state, and so entirely did the thieves take everything that the fire had spared, that Mrs B’s family were since compelled to sleep on the floor, not a vestige of a bed having been left them, although as we before stated the dwelling house was never in immediate danger.  The Herts and Cambridgeshire Fire Office has been most prompt in its attentions to the sufferers.