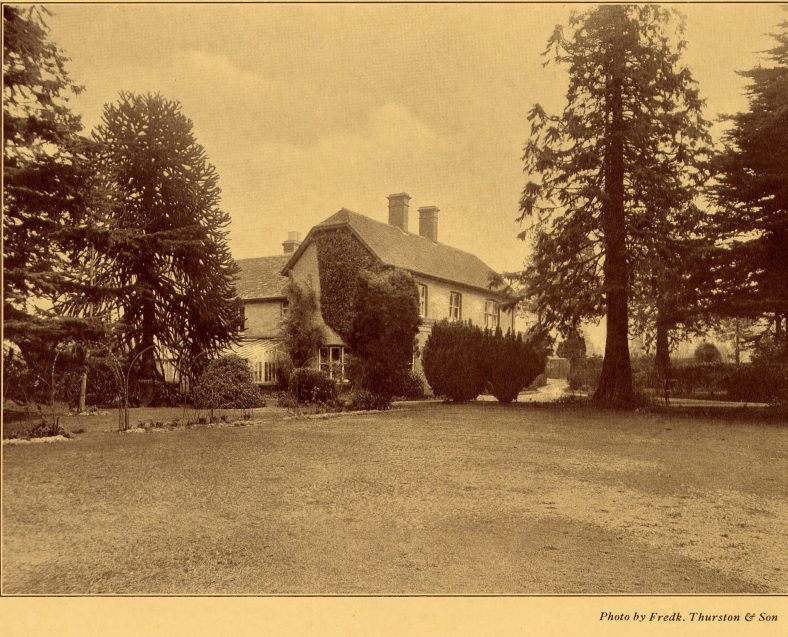 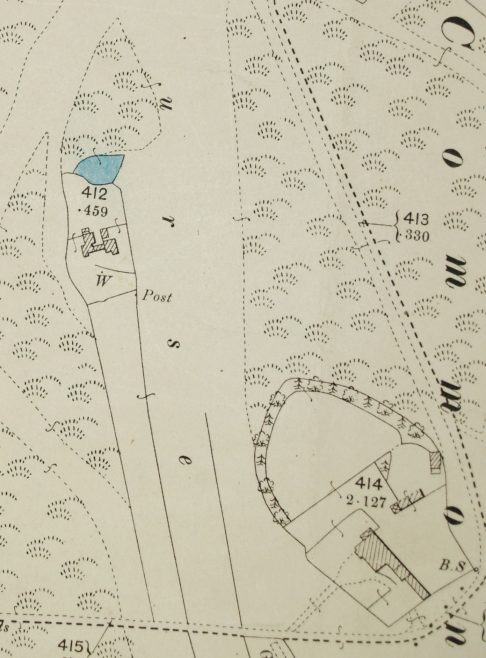 zoom
Extract from 1898 OS map showing the pond by Lines forge on the Common, near to Limbrick Hall
LHS archiues 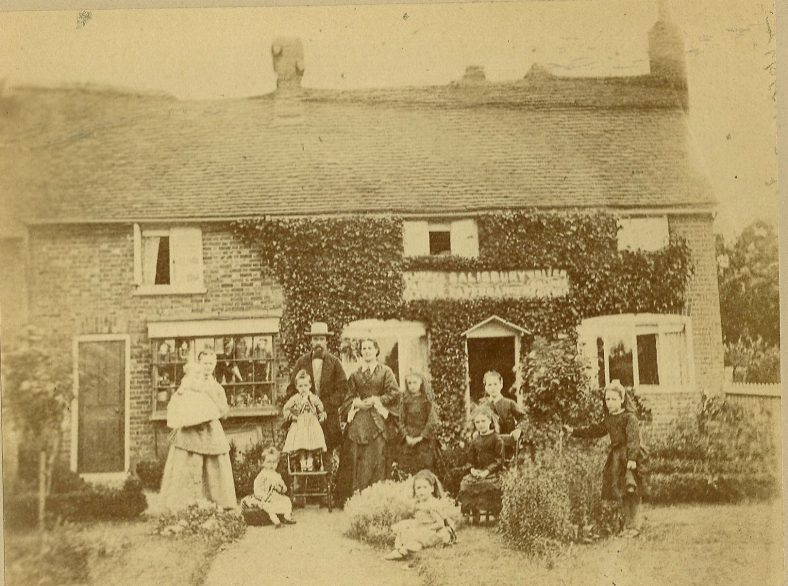 James Salisbury married Ann Wright in 1833.  She died in 1834 after giving birth to James Wright Salisbury. She was buried at North Crawley, Bedfordshire.

By trade, James Salisbury was a butcher.  After moving around various addresses in Bucks, and Northamptonshire, he and his second wife Sarah (nee Prior) settled in Harpenden on Church Green, probably around 1863. Sarah died in Harpenden in November 1893.  Both were buried in St Nicholas churchyard

James Salisbury’s second wife bore him 2 sons and a daughter, half siblings to James Wright Salisbury – of whom Henry Salisbury also settled in Harpenden in the early 1860s . It is not clear whether he or his parents made the initial move to Harpenden. Henry and his wife Sarah lived at 16 Leyton Road where he established himself as a plumber and decorator. He later expanded as a house builder, with development projects financed by his half brother James Wright Salisbury of Limbrick Hall.

The names James, Henry and James Wright repeat across the generations

At the age of 30 years, about the time of his marriage to Eliza Stimpson in 1864, James Wright Salisbury established himself in business in the wholesale meat trade as a commission salesman and meat merchant trading under the name of J W Salisbury & Co at the Central Meat Market, Smithfield, shortly afterwards opening a branch business in Putney.

From a news cutting from Mid-Surrey Gazette, 23 Dec 1876 (a mild winter) – inserted in family book we learn that:

“In Putney the finest show of meat is exhibited by Mr J W Salisbury at his establishment in the High Street. The beef is simply magnificent, and we are certain it can scarcely be equalled. Of mutton he also has a large and excellent supply. One unacquainted with his stupendous business must wonder at the formidable array of sheep at this beefy time, but we venture to think that very little will be left by Saturday evening. In the Upper Richmond Road Mr Salisbury has also a capital display.

From the time of his marriage [in 1864] he resided at Packington Street, Islington for a few years, then moved his home to High Street, Putney [c. 1867] where he and his family resided for some years [to 1878]. During the time he lived in Putney he served as Churchwarden of the Parish Church (St Mary’s), taking a considerable interest in Local Government, at that time the work of the Vestry  – experience he would bring with him to Harpenden, where his father and half-brother Henry had been established since the early 1860s.

A breakdown in health resulted in his purchasing Limbrick Hall, Harpenden, then a farm homestead of that name, set on the edge of Harpenden Common. The existing house being enlarged and completely remodelled and the garden planted. He and his wife and family of two daughters and three sons taking up residence there on 24 June 1878, though he himself spent little more than weekends there until he retired from business.

He was Hon Secretary and Treasurer of the Jubilee celebrations in 1887. In 1889 he secured from the owners of the Harpenden Water Company (formed in 1884 to serve the new Park View estate) an option for the purchase of the undertaking with a view to the supply being in the hands of the ratepayers. Local landowners who sourced their water-supplies from wells on their land had no interest in paying a water rate. The Vestry, in its role as the Parish Council, the  rejected his scheme and from that time onwards he took no part in Local Government.

* NB Horace Cory & Co.Ltd of Hatcham Manor Works, Tustin Street, Old Kent Road, London, was formed to take over the business of chemical colour manufacturers of Dr. Horace Cory and Co. 1960 Had sixty vats for the production of lakes and pigments. Info from Grace’s Guide to British Industry on internet -http://www.gracesguide.co.uk/Horace_Cory_and_Co

From notes in family-history book by his son Arthur Salisbury