The Salisburys of Limbrick Hall

James Wright Salisbury and his family

Lorimer Green was a grandson of Henry & Susan Salisbury. In 1980 he wrote the story of the Salisbury families in Harpenden. This is an edited extract from a typescript in the Society’s archives – BF 19/15b). 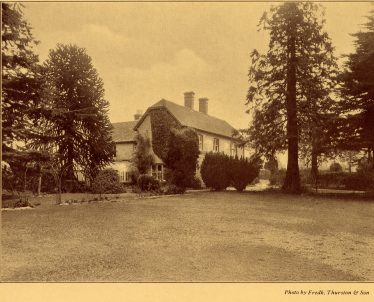 Limbrick Hall in 1929, from the Auction brochure

You will quickly discover that I am no historian, but I hope I can interest you in some personal experiences and anecdotes of the Salisburys who have played their part in this history of our Village (Harpenden) and also in the Country. For much of my material, I am greatly indebted to the Family, Lady Bawden, Mrs Evelyn Salisbury and the late Miss Ethel Salisbury.

So far as the family origins are concerned I am not going further back than my great-grandfather James who died in 1888 and who for 25 years lived in one of the cottages on Church Green (Bygone Harpenden, no.22). This later became Dr Maclean’s surgery and then was pulled down to make way for the International Supermarket [in 1958]. He was a Methodist and became an Anglican. He had a tame blackbird which he taught to sing a hymn tune for the works “Jesus of Nazareth passes by”. This could be heard by worshipers in the adjacent Wesleyan Chapel.

James Salisbury married twice. His first wife was Ann Wright who gave him one son – James Wright Salisbury. His second wife was Sarah Prior who gave him Henry, William, Susan and others who died young of TB.

In due course James Wright Salisbury married Eliza Stimpson. They lived in London until, in the early 1880s, they came to live in Limbrick Hall. They were very prolific with their progeny: they had Annie, Elizabeth, James (*see note below), Albert, Frederick, Stanley, Arthur, Edward and Ethel – nine children.

The Salisburys of Limbrick Hall

James Wright Salisbury the father was a businessman and after they moved to Limbrick Hall he was often to be seen walking very uprightly down the Common to the station in the morning, wearing top hat and tail coat. He was a director of the Morgan Carriage Company, Bastion Meter Company and Cory Chemicals.

The home at Limbrick Hall was a fascinating place. I remember going there when the family had just moved out – about 1925 – when it was bought by Mr Harold Raban. It was full of interest. In a part of the house was the Well which had been in constant use: the Rabans put in the water supply. Close by was their workshop – most beautifully fitted out with shelves and bins for tools, nails and screws.

The back part of the house was an old farmhouse. The Salisburys added the front portion in the Victorian style.

On Sunday the whole family walked down to St Nicholas Church. The Henry Salisbury side of the family went to Chapel, and this seems to have been a difference that caused a great division between the two families – which does not continue today, I am happy to say.

It is here that we must note the amazing application of the children to everything they did. Their life around Limbrick Hall was to a large extent self-contained – yet filled with the study of nature, botany, fruit and flowers which led them on to be outstanding in their careers. 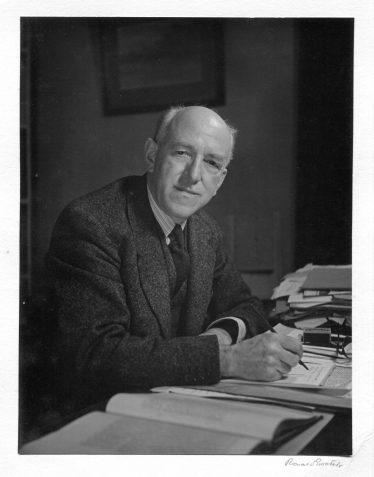 The most famous of them was of course Edward, who became Director of the Royal Botanic Gardens, Kew, and was a Trustee of Rothamsted Experimental Station, botanist, and writer. He became Sir Edward, CBE, FRS.  He was born at Limbrick Hall on 16 April 1886.

I have been privileged to see a draft of a “General Assessment” of his life and work prepared for the Royal Society by Mr Roy Clapham who used to work at Rothamsted.

In reading this draft, what comes through is his tremendous application to his studies in Botany and Ecology, and his immense industry in the collection of data for his investigations. I quote Mr Clapham: “A perusal of his papers on woodland ecology or The Reproductive Capacity of Plants will give some idea of the labour expended in compiling species-lists and especially in collecting the vast body of measurements of light intensity, soil analyses, numbers, weights and percentage of viability of seeds, times and conditions of seed germination, distances of dispersal, etc. The recording of so much quantitative information may at times have impaired the readability of his publications, but it has ensured their permanent value.” (The full text of this Biographical Memoir can be found at http://www.jstor.org/discover/10.2307/769791?uid=3738032&uid=2129&uid=2&uid=70&uid=4&sid=21102632947291

The list of Societies and Institutions with which he was associated reads like a Catalogue. He was President or Chairman of most of them. He was always happy to present the Presidential Lecture.

He was elected a Fellow of the Royal Society in 1933. Recognition of his many distinguished public services came with the award of the CBE in 1939. He was appointed Director of the Royal Botanic Gardens, Kew, in 1943 and received a Knighthood two years later – a fitting climax to his career.

Much of his useful botanical work was done in Hertfordshire, “but it is a happy reflection” writes Dr John G Dony for the Hertfordshire Natural History Society, “that when relieved from the trials of administration at Kew, he retired to live in Sussex to write to the very end, papers that are scarcely less valuable than those of his earlier years.” He died on 10 November 1978 at the age of 92.

I suppose it is natural, but his professional career seems to have completely swamped any information on his domestic and social life about which I can discover nothing, except that he married Mable Elwin-Coles in 1917. She died in 1956 after a long illness. There were no children.

Stanley Salisbury and Arthur Salisbury were architects and went into partnership together with a practice in London and an office also in Leyton Road, Harpenden. Mrs Stanley Salisbury [was still] living in Bovingdon in 1980. 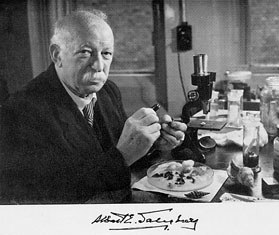 Albert is a very interesting member of the James Wright Salisbury family. Born in 1876 at Putney, and brought up at Limbrick Hall, he died in 1964. He married but had no children. He was an inventor and a conchologist (embracing the study of shells).

I read from his obituary published in the Journal of Conchology in December 1964: “Salisbury was an ingenious inventor and could construct almost anything that he required. His inventions include the bar electric fire (the patent of which he sold to the Belling Company), the immersion heater, ingenious patented devices for electric organs, and the mercury arc lamp. In conjunction with two other young men, he was beaten by Marconi by only two days in patenting a device for sending Morse signals by wireless telegraphy. During the 1914-18 war he made certain electrical devices for the Admiralty. On retiring to High Wycombe in 1936 he built in his music room a massive three-manual electric organ with 27 stops; this operation took him eleven years. Although Salisbury could play the organ, he admitted that he could not read the music fast enough. When he and the writer were holding a joint microscope evening for the local Natural History Society he produced a fine large compound microscope. When asked the maker’s name, he replied, ‘It’s a Salisbury’, but was rather indignant when it was suggested that he had bought the objectives. ‘They are easily made,’ he said, ‘one only needs to melt a little glass and polish it.’ The next year he gave the same Society a talk entitled The Building of a Microscope.

“The phenomenal amount of work that he accomplished, including household chores and gardening, was bewildering. As a retired businessman he knew the importance of organising his life. On certain days he went up to the British Museum (Natural History); on Sundays, after attending Holy Communion, he dealt with his world-wide correspondence. All engagements were booked in his diary and casual callers without an appointment were politely discouraged, especially on Sundays. When he rested, as he called it, from conchological studies he made specimen boxes, bound books, repaired clocks, or packed up parcels of shells to send to friends.

“When his great friend Tomlin presented his vast world-wide collection of shells to the National Museum of Wales, Salisbury’s collection became the largest and best in private ownership in the British Isles, possibly in Europe; it had to be seen to be believed. The bulk of it was contained in some fifty cabinets, some of which were eight feet high. Thousands of other shells lay in trays and boxes about the spacious house, even in the roof space. In addition there were cabinets of world-wide Coleoptera (of which he had expert knowledge), Lepidoptera, Hymenoptera, etc, and also various fossils.”  A fuller description of his life’s work can be found at http://www.conchsoc.org/eminent/Salisbury-AE.php 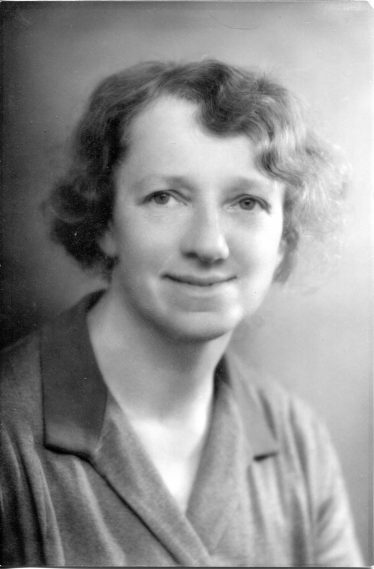 The last member of this family I am going to tell you about is Ethel Salisbury who lived at Boxmoor. When I began preparing this talk she was alive and well, and at 97 was able to help me considerably with my knowledge of the family. However, her time was up last month and she died very peacefully on 20 October. She was the last of that generation – I would have been proud to say she was still alive. But now I am proud to remember her for what she was.

She was a spinster who loved life right to the end. She was full of fun, a great artist (water colours, oils, pencil drawings), a student of nature. She worked at Rothamsted at one time, using her skill as an illustrator. She drew the illustrations for Miss Winnifred Brenchley’s book on Farm Weeds, and also provided illustrations for textbooks by her brother, Edward James Salisbury and F E Fritsch. 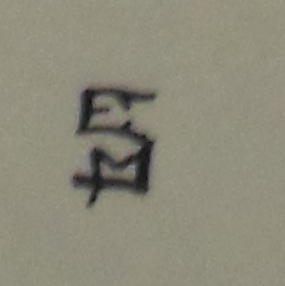 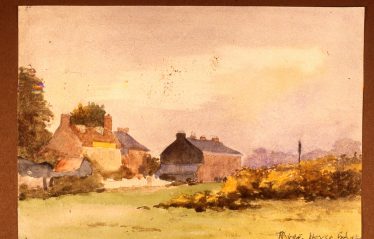 Watercolour of The Three Horseshoes by E (Ethel) Salisbury

In the late 1980s the Dacorum Museum Advisory Committee mounted an exhibition of 69 of her “Sketches”. We sought further information about the whereabouts of these paintings, which included members of the family and scenes around Harpenden in the 1930s, but at present these remain unknown.

*  James Wright Salisbury, the eldest son, remained in Harpenden, living at 39 Roundwood Park in the 1930s.  He was an executor of his father’s will in 1922, when various parcels of land his father had bought in the 1880s were sold for housing developments – such as the Elliswick estate.