In his Reminiscences, Tales and Anecdotes of the Laboratories, Staff and Experimental Fields 1872-1922 (p.89) Edwin Grey described the Official Opening of the new building for Rothamsted Experimental Station. 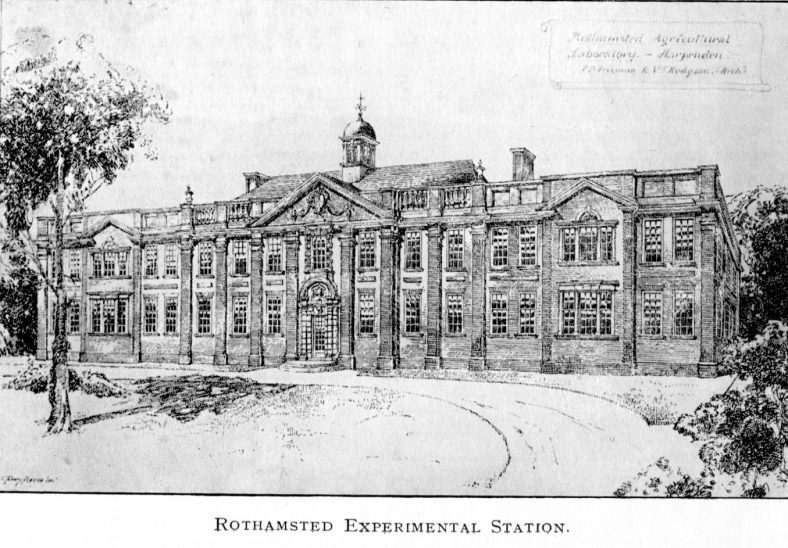 Through the war years “the new building was erected. As soon as possible the rooms as they were finished were occupied, most of the cupboards, benches etc from the old Laboratory were, as far as possible, renovated and utilised in the fittings of the new.

“The chief glory of this handsome building is, in my opinion, its magnificent library, already much frequented, for the purpose of study, by research workers, students and agricultural teachers, both of our own and other countries. Nor need I dwell upon the new branches of work recently undertaken, Plant Pathology, Entomology, Mycology etc etc beside the experiments of the Electro Culture Committee now being conducted with both pot growth, and the larger experiments in the fields. Suffice it to say, that as soon as it could be conveniently done, after peace was declared, the new building was with fitting ceremony formally opened by Sir Arthur Boscowen …. on the 20th day of October 1919.”

This became known as the Russell Building – designed by EPB Freeman and Victor Tylston Hodgson. Portraits of Sir John Lawes and Dr J Henry Gilbert hung on the impressive staircase.

In about 2000, as the new Millennium building was being constructed, the contents of the library were dispersed, part being re-located to a building beyond the Fowden Conference Centre, near the stores. New uses for the Russell Building were sought – including acting as the stores for Harpenden Food Bank. On 2 February 2020 the Herts Advertiser quoted Paul Witcombe, head of enterprise and innovation at the Hertfordshire Local Entreprise Partnership, as saying that a new use had been found for this building, as a “much needed grow-on space for high-tech, high-growth gazelle companies within this burgeoning sector.” 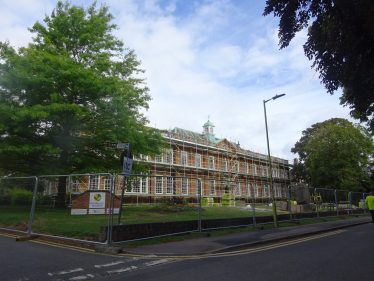 Work to refurbish and convert the Russell Building started in the summer of 2020. What would Edwin Grey think of this new phase in its life? 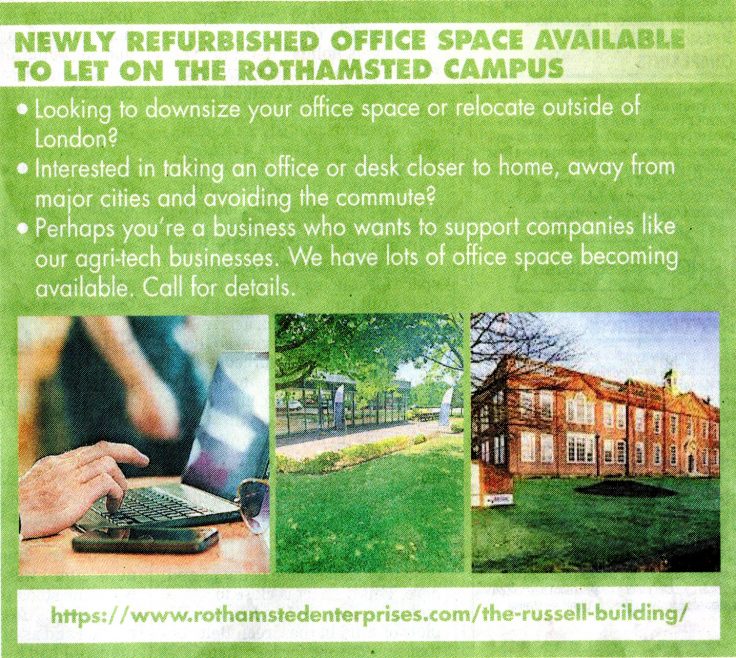