The new approach to Rothamsted Manor in 1880 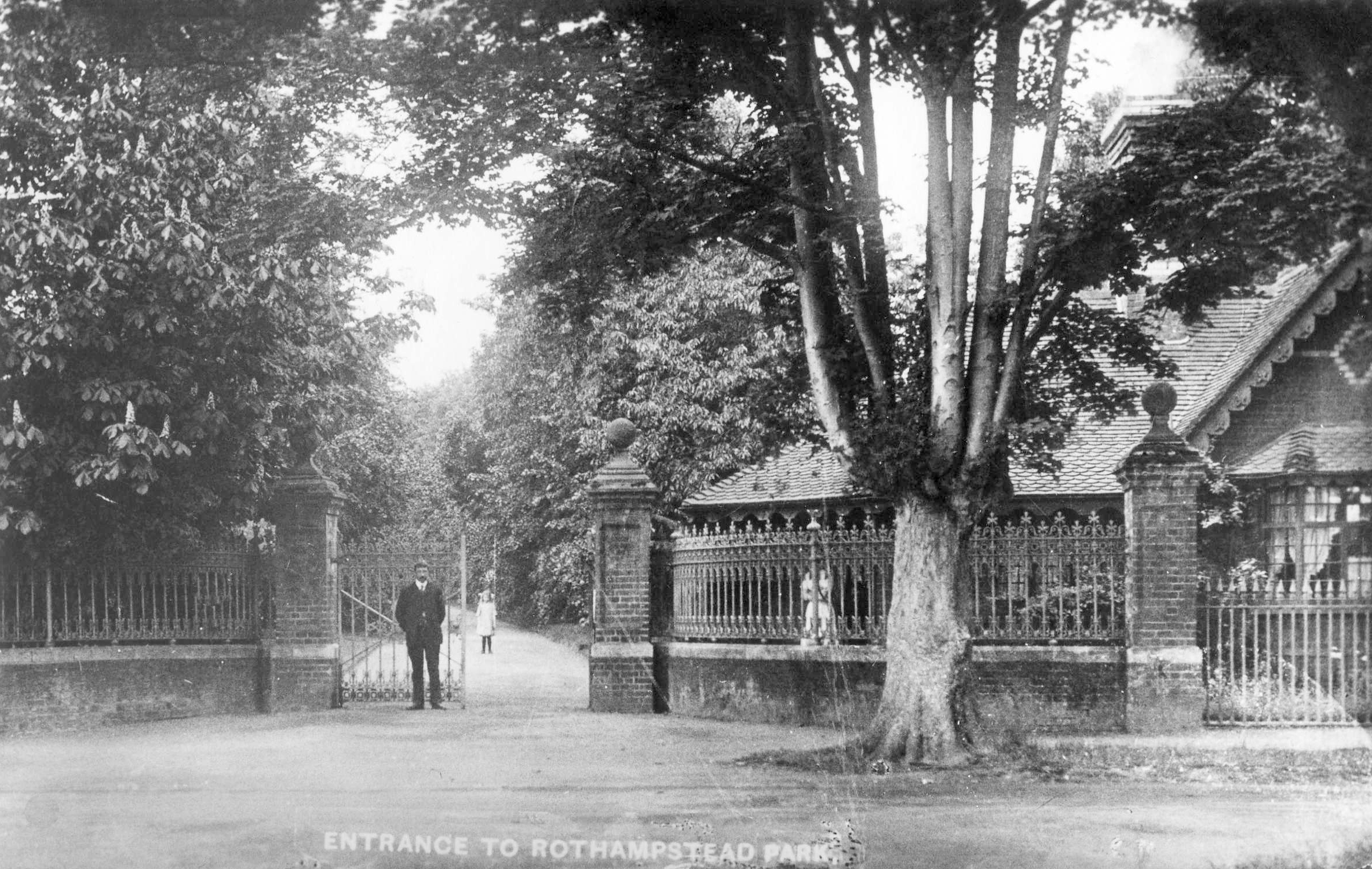 Gates to Rothamsted Park with lodge cottage, c.1900, next to British School/Public Hall. The gates and railings were removed in WWIIDuring the 1870s the Lord of Rothamsted Manor, John Bennett Lawes, planted the avenues of lime trees along the main entrance-way to the Manor from Hatching Green, and down through parkland to the common, close to Coach Lane (which still leads up past the northern boundary of Rothamsted Research laboratories). The actual date is uncertain, but the layout can be seen on the 1879 OS map. Lodges and gateways were built at each entry. The grounds remained private, but were opened to the public on occasions such as the celebration of Queen Victoria’s Golden Jubilee in 1887.

On his father’s death in 1901, Sir Charles Lawes Wittewronge opened the park from time to time to the people of Harpenden, but we do not know how frequently this was. On his death the manor was rented by .. and there is no evidence of public access, though during the First World War there is evidence that the park was used for exercises by the North Staffordshire (Notts and Derbys) brigades which were billetted in Harpenden from August 1914, and for a tented field hospital, possibly near to the Hatching Green entrance.

However, following the death of the last in line of the Lawes-Wittewronge family in Australia, there was widespread concern or the future of research on the Rothamsted estate. By public subscription the manor house and farmland was bought for the Lawes Agricultural Trust. Meanwhile, Harpenden Urban District council negotiated for the purchase of the lower part of the park for use as a public park. Rothamsted Park was opened in 1938.

In the Second World War the gates and railings were removed as part of the war-effort. According to a plaque alongside, the Friends’ Provident and Century Insurance Company paid for the the rebuilding of the park entrance, in remembrance of being evacuated to Harpenden during the war years. 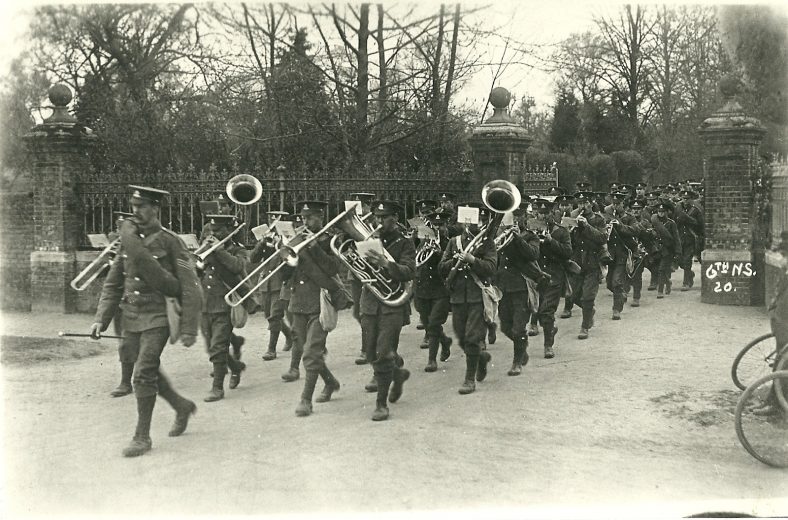 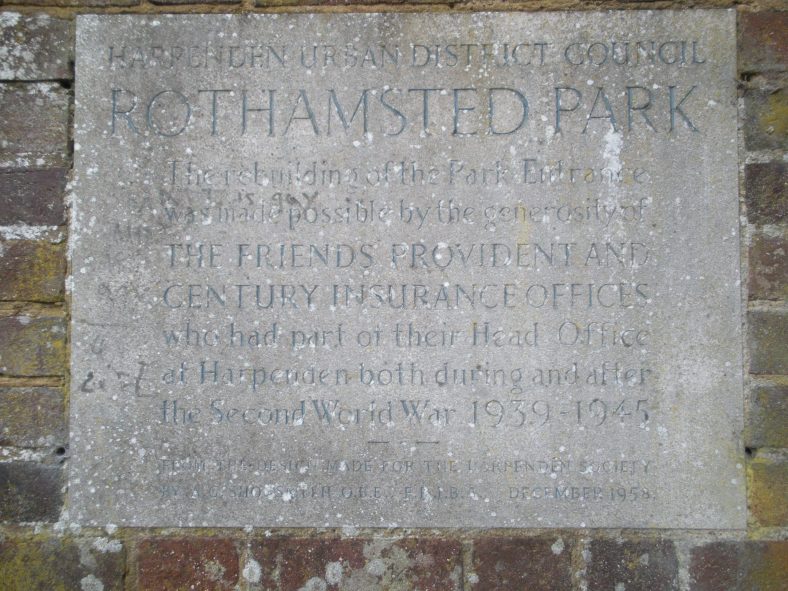