The Public Halls were built on land which had been part of the garden of Harpenden Hall. They were opened in 1938 to replace the old Public Hall (now known as Park Hall) in Leyton Road, which had been used for public events and proclamations since the late 1890s. 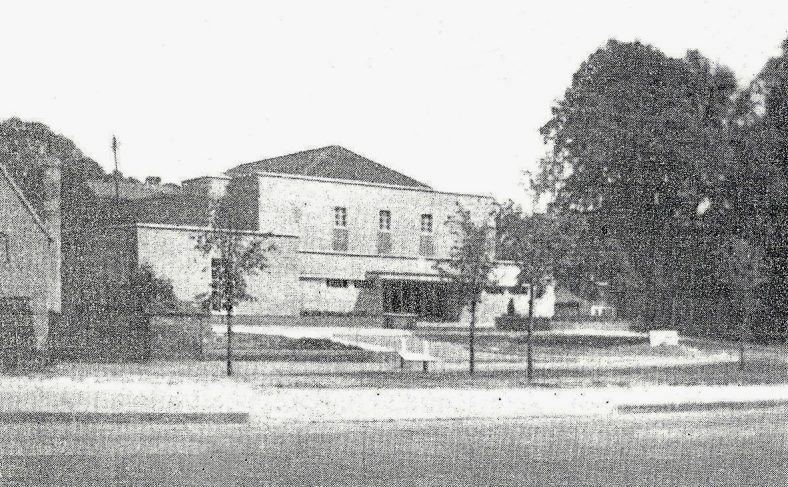 Detail from news-cutting – The Public Halls when opened in 1938. Credit: LHS archives 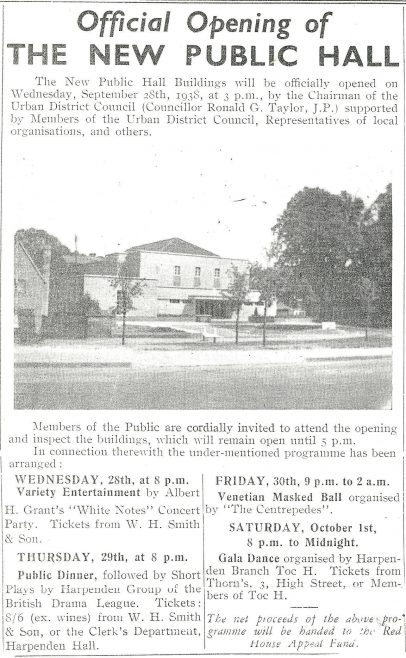 The design was typically modern for the period, but had a mixed reception from local people. Some compared it to the new London Underground stations of the time. However, the new hall offered improved facilities compared with the old one. 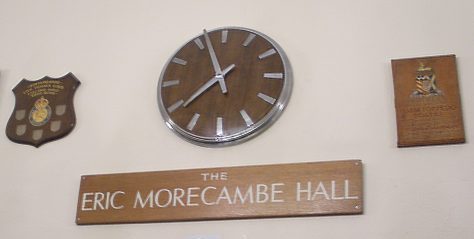 Above the canopy of the main entrance can be seen a Portland stone replica of the original Harpenden ‘arms’ as designed in 1937 by Frank Salisbury for the Urban District Council’s official seal. Ernest Hasseldine designed the sign placed on the common in celebration of the Coronation and in 1949 Frank Salisbury designed the coat of arms as approved by the College of Arms when the sign was re-erected after the war. 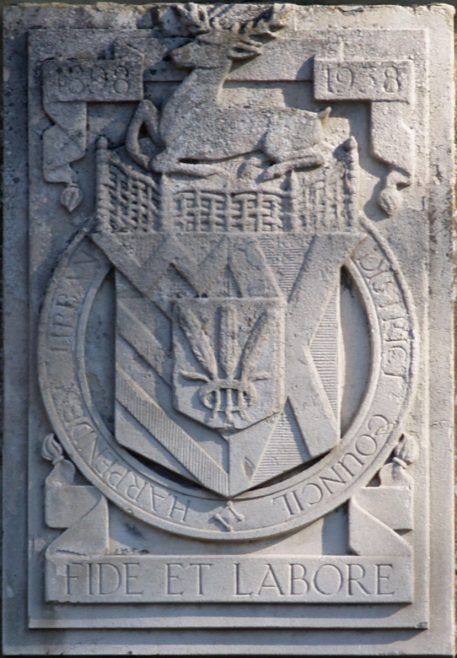