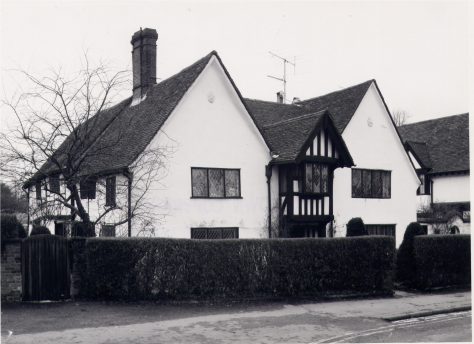 Coach Lane Cottage, c.1977 – timber-framed wing on the left, matched by 1930s extensions and porch on the right.

The building faces ENE onto Harpenden Common – but was formerly orientated ESE, at right-angles to Leyton Road – the old St Albans Road – with gardens on the south and west sides. A 1930s house stands to the north. The west and south fronts are timber-framed with whitewashed plaster infill. The east front has two wide and tall gables, separated by a short ridge and a central gabled porch. The roofs are tiled and gabled.

The oldest part, dating from the C16, is at the SE corner with low ceilings and an indication of an outside window on the north wall – now overlooking the hallway, as can be seen in the earliest photo we have in our records – see photographs below.

On the first floor the corner posts of this part of the building and of the C17 wing adjoining to the west are adjacent. This part might have been the cross-wing of an earlier house, though there are no signs of how it might have been joined on.

In the early C17 a two-storey wing was added to the west, with a substantial chimney on the wall between the two structures, and a baffle-entry on the south side of the stack. 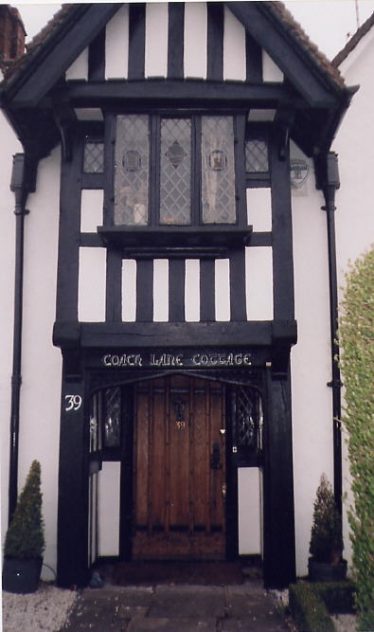 We have little information about earlier inhabitants of this house, but in the early C20 the farmhouse was renovated, as seen in the second photo below

Around 1928 Eustace Salisbury, architect brother of the artist Frank Salisbury, built substantial extendions to the NE and NW corners of the house, including the porch.

The NE wing, which provided the current entry hall, staircase and a new kitchen, has a gable which externally matches the original C16 gable – giving the house its name of The Gables or Gable End, as listed in Kelly’s directories during the 1930s and 1940s.

Eustace Salisbury also built Little Gables on the northern boundary of the property – one of several Tudor-style houses he designed around Harpenden, including Wayfarings (40 Leyton Road), home of George Hogg and Red Gables (5? West Common), Frank Salisbury’s studios while under the patronage of Sir John Bennet Lawes, Sir Henry Gilbert and Sir Charles Bennet Lawes in the 1890s and early 1900s.

In her Journals (p.220), Theodora Wilson describes Little Gables as a “pretty new house in the old style” designed by Eustace Salisbury for his sister Mrs Owen Green – “almost the last work he did except the enlargement of his own house, Old Gable End, which he has very cleverly duplicated so that scarcely anyone would know old from new.”

It is not clear when the house became known as Coach Lane cottage – not to be confused with the Lodge at the entrance to Coach Lane, an old entrance to the Rothamsted Manor estate. This cottage, 42 Leyton Road, is now known as Pirie‘s Cottage – after a Rothamsted scientist who lived there for many years. 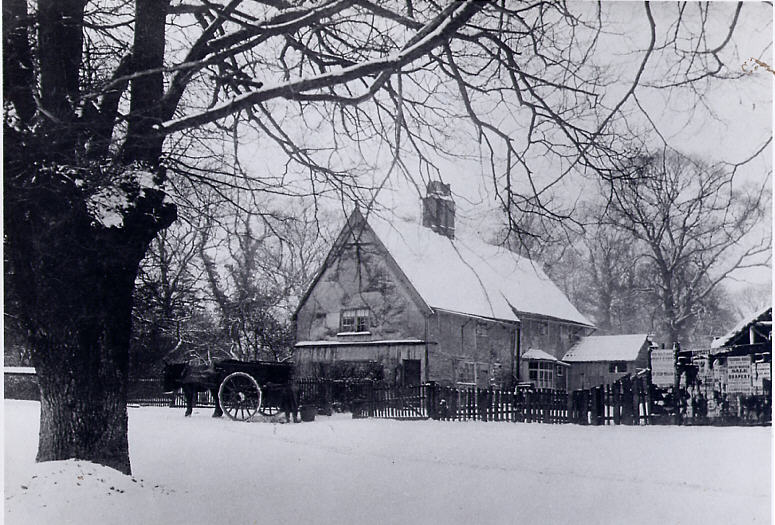 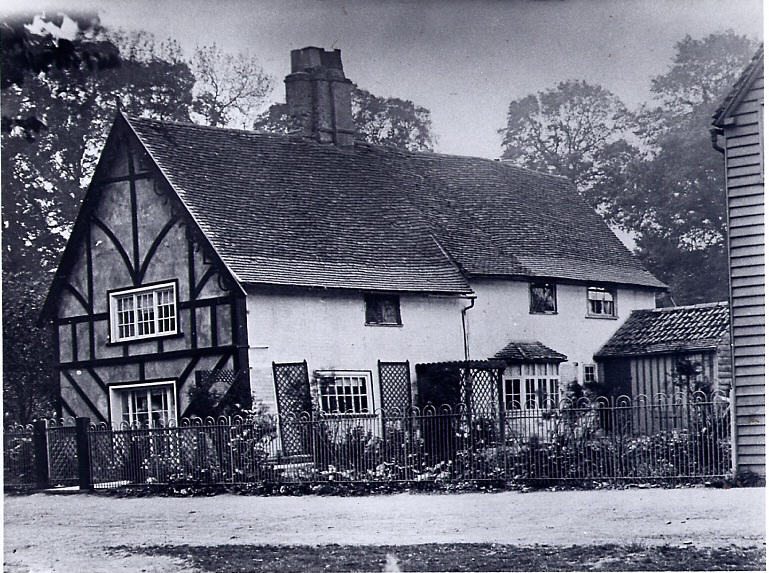 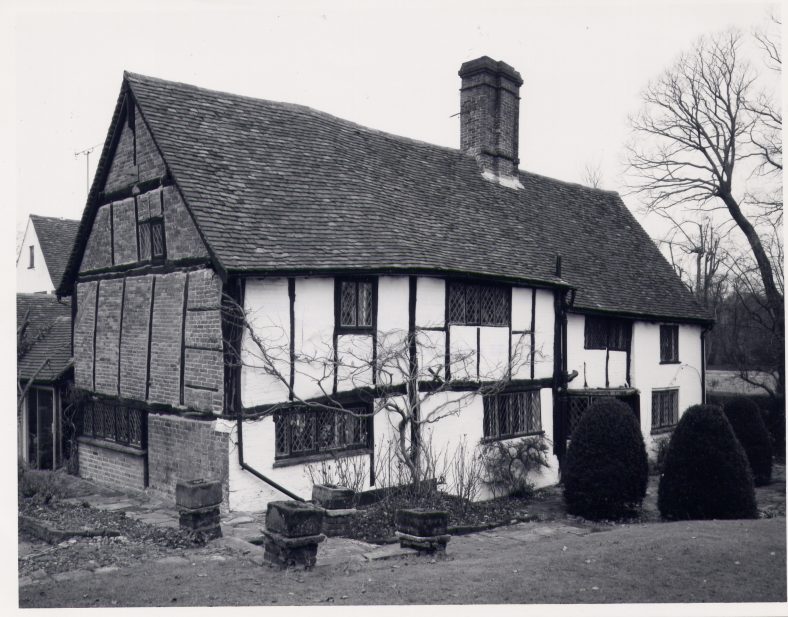