The Flora of Harpenden

Talk by Ian Denholm to the Society on 28 February 2017

Ian Denholm, formerly at Rothamsted Research, works at the University of Hertfordshire and is a member of the Botanical Society of Britain and Ireland 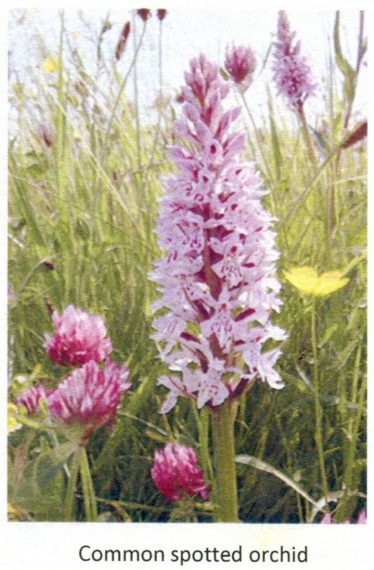 Harpenden is fortunate to be surrounded by semi-natural habitats containing a wealth of wild flowers. This includes all flowering plants, trees and grasses without which most birds, mammals, insects and many other organisms can’t survive.

Ian Denholm stated that Britain leads the world in recording plants by species, frequency and distribution. The Botanical Society of Britain and Ireland (BSBI) published the Atlas of the Flora of the British Isles in 1962. A repeat Atlas appeared in 2002 and a third, Atlas 2020, will be published after fieldwork has been completed in 2019.

He showed maps demonstrating the distribution of a few common plants. The meadow buttercup is ubiquitous throughout Britain and Ireland. Sea rocket grows all round the coast, on sandy beaches. Squinancywort – a small bedstraw-like plant – is chalk loving, so its distribution in southern England accurately follows the distribution of chalk and younger limestones. This is a geology indicator. Danish scurvygrass is a diminutive salt-tolerant plant that has spread from the coast along road verges which are salted in winter, and fills a gap where nothing else will grow. 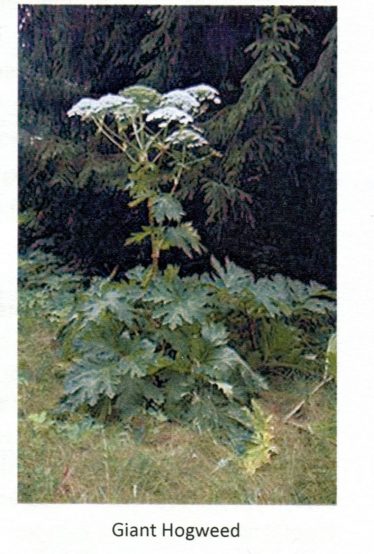 Some non-native plants like snowdrops and snakeshead fritillary that originally escaped from gardens are not be considered a nuisance. But other non-natives grow and spread invasively. Giant hogweed looks a bit like wild Angelica, but bears toxins in its sap that can cause severe dermatitis. It is a noxious weed which spreads along river banks. Japanese knotweed is notoriously difficult to eradicate, and Brazilian Giant rhubarb (better known to gardeners as Gunnera) is becoming a nuisance in western Ireland and northwest Scotland.

Native bluebells, with white or cream-coloured anthers, form spectacular colonies as in Knott Wood on the Rothamsted Farm estate. So far they are remaining genetically pure despite the well-known threat of hybridisation with non-native Spanish bluebells.

Harpenden is home to special plants, some of which are scarce regionally or nationally. There are two small colonies of Early Purple Orchid in Knott Wood, and approximately 10 plants of the Common Spotted-orchid appear every year on Harpenden Common. One plant of Green-winged Orchid appeared on the Common in 2016, and it is hoped that this may establish. The nearest long-standing colony is near Stevenage where 20-30,000 plants flower most years, one of the greatest botanical spectacles in Hertfordshire.

Characteristic heathland plants noted on Harpenden Common include Heath Speedwell, Slender St John’s Wort and Trailing St John’s wort. Ling, or heather (Calluna vulgaris), is an iconic plant of acid grassland and is being re-established on the Common in the hope that it can survive and spread despite pressure from golfers.

The Rothamsted Broadbalk wheat experiment was established in 1843. Section 8 of this field has never been treated with herbicide and remains an oasis of weed species that have declined or become extinct elsewhere. It includes national rarities like Corn buttercup and Shepherd’s needle, as well as Corn cleavers in its only remaining location in the UK.

Batford Springs is Harpenden’s own nature reserve, owned by the Town Council and managed by a group of enthusiastic, locally-based volunteers. The chalk streams that give the reserve its name are not naturally occurring but were created by boring wells for water cress production. Many wetland plants including Marsh marigolds and various sedges grow beside these streams where the banks have been cleared of undergrowth.
Himalayan balsam is an invasive alien plant which spreads along waterways, choking other plants. It is easily uprooted, but this must be done before seeds are set because the seed pods explode impatiently when touched. 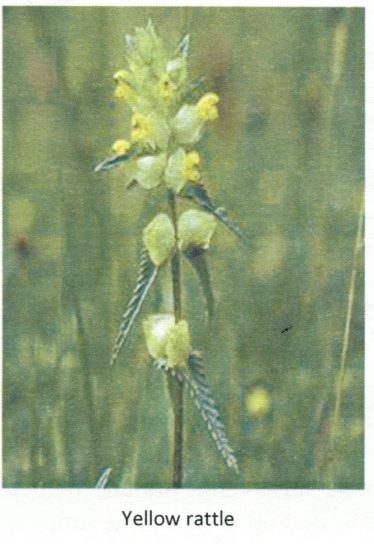 The hay meadow at Batford is cut once a year at a specific time to allow flowers and grasses to seed first. Yellow rattle, found in this meadow, is a semi-parasite which draws nutrition from grasses and is useful in reducing competitive grasses and promoting greater floral diversity.

The reed bed is cut on a 5-yearly rotation to provide an age structure and habitats for birds, small mammals and invertebrates.

Marquis Meadow (the large area of grassland southeast of the Marquis of Granby pub) has recently been acquired by the Town Council and added to the reserve. Such areas of ‘unkempt’ grassland are an increasingly rare resource in southeast England and will from now on be managed to preserve its attractiveness to as many species of wildlife as possible. An all-weather footpath has recently been constructed to cater for walkers and provide views of the River Lea. 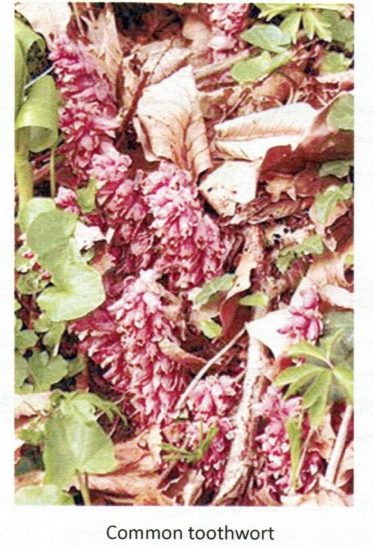 A strange pale parasitic plant – Common Toothwort – grows just off Marquis Lane. It draws nourishment from the roots of hazel and alder. This is probably the biggest colony of this species in Hertfordshire.

Ian hopes people will send him records of plant species which might be of significance. He was a Head of Ecology and Entomology at Rothamsted, and is now actively involved in local conservation. He can be reached at i.denholm@herts.ac.uk.