From private to public park 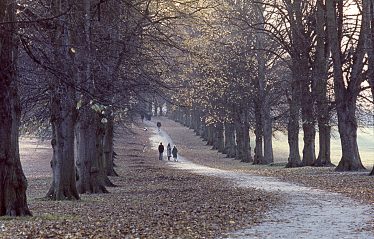 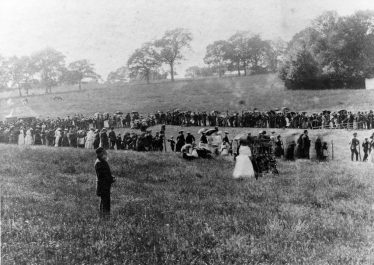 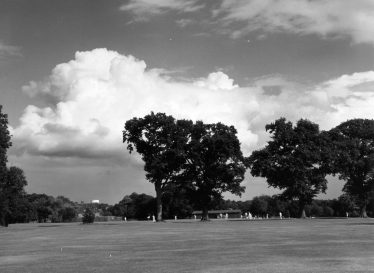 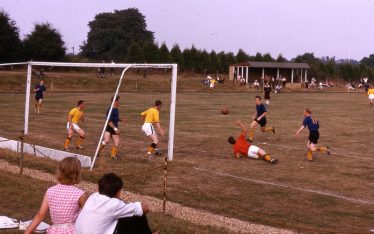 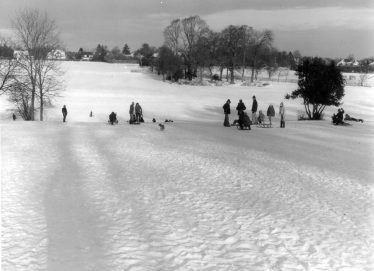 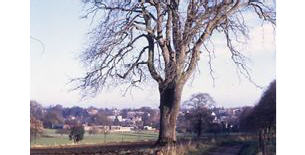 In 1623 Anne Wittewronge bought the Manor of Rothamsted for her infant son John.  The estate was then handed down through branches of the family until in 1822 it passed to the eight year old John Bennet Lawes.  He founded the Rothamsted Experimental Station in 1843, when he employed Joseph Henry Gilbert to join him in conducting a series of experiments.  In 1889 Sir John established the Lawes Agricultural Trust, set up to ensure the continuation of the experiments after his death.

During this time the Park was part of the estate.  The main entrance to the Manor was from Hatching Green; the entrance from the village was through Coach Lane.  There was a footpath through the estate, to Redbourn, well used by the villagers.  The present entrance was created in 1880, when Sir John made the new avenue and lined it with lime trees.

Opening the Park to its “park-less neighbours”

Sir John died in 1900, and his son Charles succeeded to the estate.  From 1901 he opened the Park each Sunday from mid-day until one hour after sunset.  The Parish Magazine said “Harpenden people will appreciate Sir Charles’ consideration in thus opening his park to his park-less neighbours”  (It is not clear how long this arrangement lasted; it appears to have come to an end with Sir Charles’ death).  Sir Charles Lawes-Wittewronge died in 1911 (he had revived the old family name of Wittewronge in 1902 by Royal Warrant).

His son, another Sir John, was living in Australia; the Manor House was leased to Major and the Hon Mrs Sidebottom, who remained there until 1939, when the house was requisitioned by the Army.  When Sir John died in 1931, the family decided to sell the estate.

Sir John Russell, Director of the Experimental Station, was well aware that if the Station did not buy the land, developers would, and it would be impossible to continue their research.  The early nineteen thirties were a time of financial crisis, with no help available from the Government.  £30,000 was needed to buy the estate; a public appeal raised £35,000 and the purchase was completed on 18th May 1934.

Meanwhile the Urban District Council was negotiating to buy the Park of 56 acres (some sources say 53).

The first notification the people of Harpenden had was on 4th March 1938, when the Free Press reported that the UDC was to acquire the lower part of Rothamsted Park in order to provide playing fields and preserve an important open space.  Contracts were exchanged in April 1938; a Council minute of 6th September 1938 recorded that the formal conveyance was to be completed in a few days.

The land was being bought under the provisions of the Physical Training and Recreation Act 1937.  The UDC applied to the County Council for a grant, and was given £4,437.

Planning was obviously going on, although it is not possible now to trace all the details.  On 8th May 1939 the UDC received details of a revised scheme for the layout of the Park, which was estimated to cost £23,725.  A substantial grant was expected from the National Playing Fields Association.  This was offered on 10th July: as grant, not to exceed £4,000, towards the approved cost in respect of the layout.  It was, however, promptly withdrawn in September, when war was declared.  The Council went ahead though, and in 1940 raised a loan of £13,543, repayable over 50 years, at four and three sixteenths per cent.

The Park in wartime

Various sports were played in the Park during the war, but pitches do not seem to have been permanently laid out until peacetime.  The area of land behind Park Hall was used for Civil Defence purposes.  Temporary garages were erected for ambulances, and various small buildings for the expanded wartime Fire Brigade.   ARP and Civil Defence exercises were held there, with volunteers acting as casualties.  The buildings were demolished a few years ago when the new Town Hall was built.

Five acres of land (the area which is now Harpenden Town Football Ground) were taken over in July 1941 for the wartime Potato Club, which started with 40 members.  Dr E W Russell of Rothamsted was the Club President.  He estimated that an annual cost of 17/6 (now 87.5 pence) for rent, seed, etc, should produce about 5cwt from a 5 pole plot.  The club quickly acquired members and in the first year there were 140 plots, producing an average 7cwt per plot.  The club continued for the duration of the war.  There must have been animals, probably cattle, grazing in the park, because the 5 acres were fenced off with chestnut fencing with one gate, at a cost of £45.  It is unlikely that there were any sheep.

For Sir John Russell the fact that the UDC had bought the park was a mixed blessing.  He was glad that it “provided a permanent buffer, shielding the Experimental Station from a built up area.  Unfortunately though, some of the newcomers to Harpenden lacked country manners and allowed their dogs to worry our sheep, and after we had to kill several ewes…  Our shepherd, disheartened, left us and we gave up keeping sheep.  Other farmers in like position have had to do the same”.

The Manor House was requisitioned by the army in 1939, and they remained there until 1946.  The troops used a well, near the dell at the top end of the park, as a cess-pit, and although strenuous efforts were made to have it cleaned out, they were not successful.  The park entrance was damaged early in the war, when the gates and railings were removed for salvage.  The entrance was rebuilt in the early years of the peace, paid for by the Friends Provident Insurance Company, who had spent the war years in Harpenden, after evacuating from London.

After the war, the park was used for the purposes for which it had been bought.  Over the years, football, cricket, hockey, tennis, lacrosse, putting pitch and putt have all been played there.  There is a children’s play area.  The Harpenden Quoits Club had a pitch there from 1948 until the 1970’s when the site became a rose garden, money for which had been bequeathed by a grateful council tenant.

From 1954 until 1972 the annual Highland Games were held in the park, where the organisers found “a most attractive location with a natural bowl-shaped depression in the ground, where crowds could stand around the arena on sloping ground to watch the various events”.  The park has also been popular with Harpenden Round Tablers, who have organised an annual Summer Carnival there for many years.  After a gap of some years, the Highland Games have been revived by Harpenden Lions.

The open air swimming pool was opened on 7th May 1960 at a total cost of £20,000, a quarter of which had been raised by public subscription.

The Sports Hall, one of the last major works of Harpenden Urban District Council, was opened in 1975, providing facilities for many forms of sport and exercise.

With all this activity, it is easy to overlook the fact that the park also provides a most valuable space and air for people’s quiet relaxation.