The Harpenden Drama League was a feature of 20th century local life, though more correctly described as the Harpenden Branch of the British Drama League (BDL).  BDL was formed in 1919 to encourage local amateur dramatics and support the Stage generally, contributing to the foundation of a National Theatre in due course. By 1926 several hundred local branches had been established throughout the country.  One of these was almost certainly the Harpenden Branch, since it was a proud boast of the older members that throughout the inter-war Depression they gave free admission to the Harpenden unemployed at all their performances.

A feature of the Harpenden Branch was that they would willingly experiment with ‘difficult’ and experimental drama, rather than sticking to easy popular works, in the interests of educating themselves as well as the audiences.  Play-readings would be held in members’ houses, and several times a year public productions would be staged in the Public Hall. In those days there was no raked auditorium and no amplification. Woe-betide any performer who failed to enunciate and project their voice into the back row.

Notable productions were a Christmas version of ‘Alice in Wonderland’ in 1951, produce by Sheila Kay-Smith, whose husband N K Smith would feature under the stage name of ‘Walter Plinge’. Saint-Saens music from Carnival of the Animals was used to illustrate the creatures swimming in the Vale of Alice’s Tears.  Another was ‘The Merchant of Venice in 1952.  One Act Plays were also submitted to the National Compettion run by BDL. In ‘Arsenic and Old Lace’  eight corpses were carried across a darkened stage. I represented each one.

(Much more data can  doubtless be obtained from the Local Newspaper reports – ref John Seabrooke. There were many productions over the years).

Strict decorum would be maintained at public performances.  ‘The Play’s the Thing’ and one did not get too familiar with the audience so as not to spoil the denoument.

All good things come to an end and the Branch finally closed in 1987 as a result of falling audiences.  The final performance was followed by a farewell party – but not before the last audience had safely departed without comment.  The work chosen was ‘Rose Without a Thorn’ which ensured that the last public scene of all was of King Henry VIII bawling his head off. 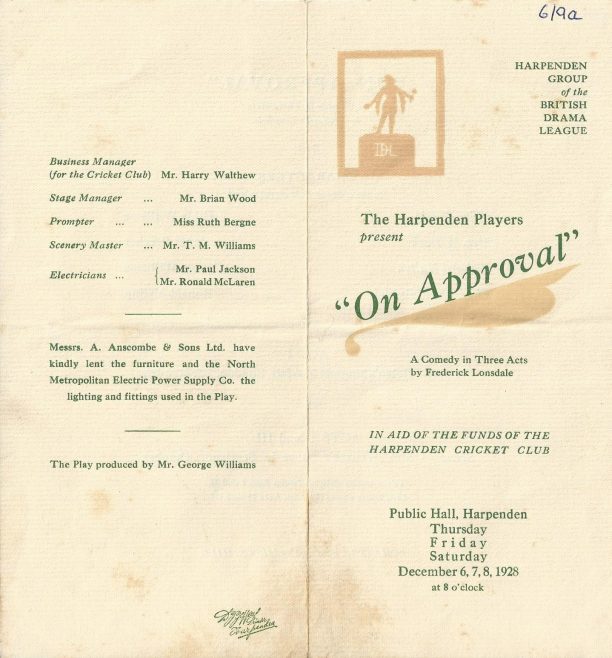 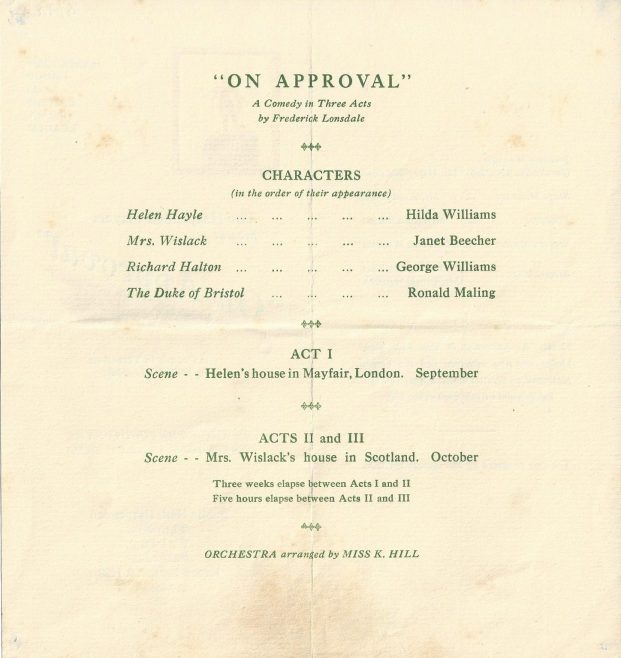 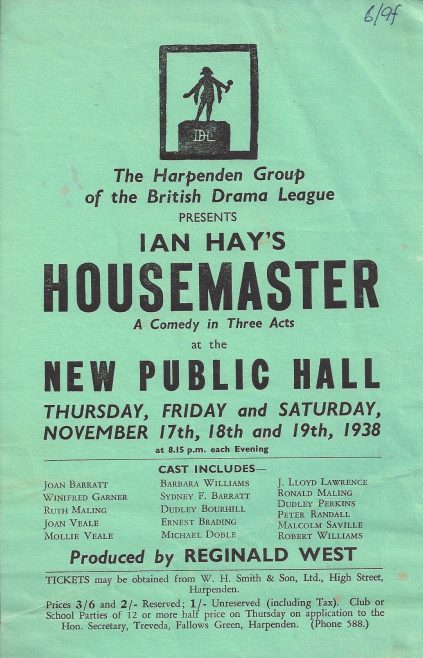 November 1928 – the first production in the New Public Hall 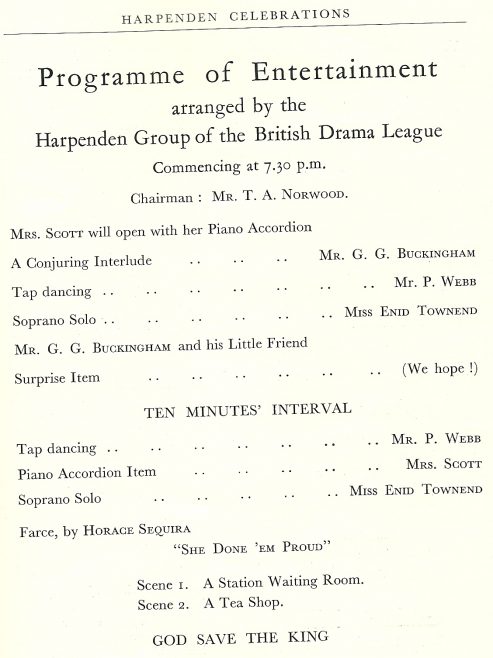 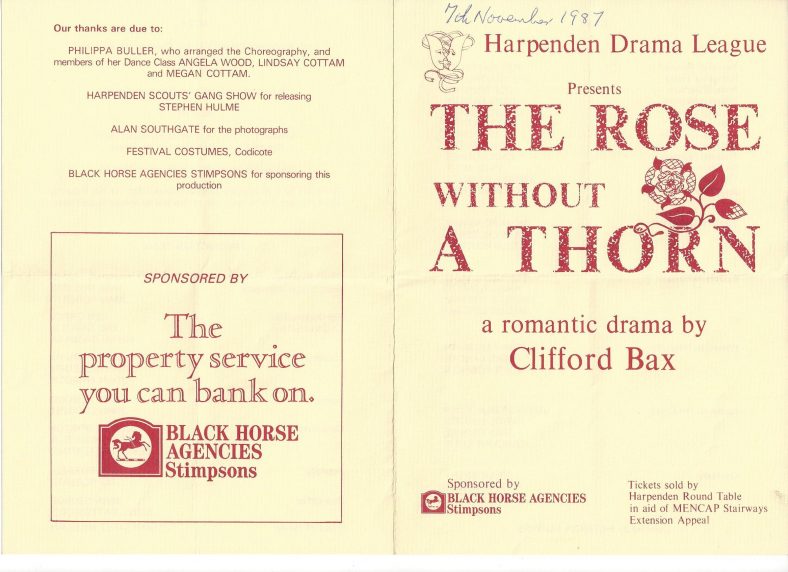 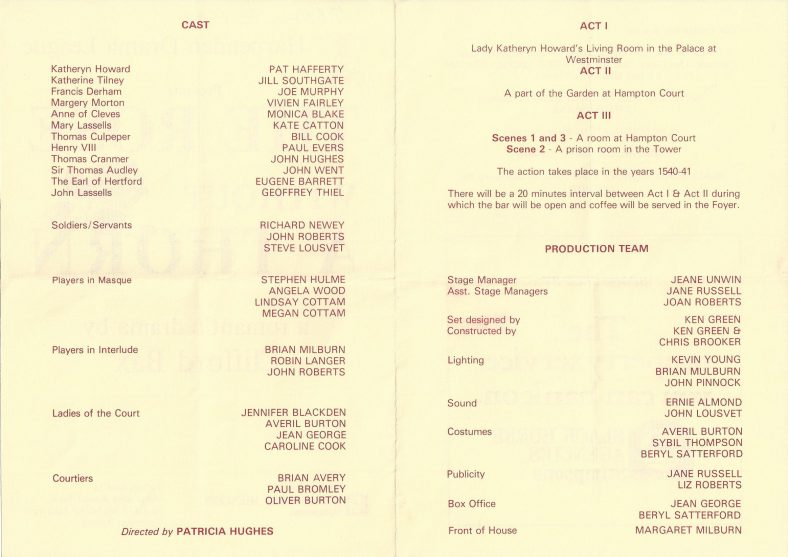