My grandparents photographed in 1893 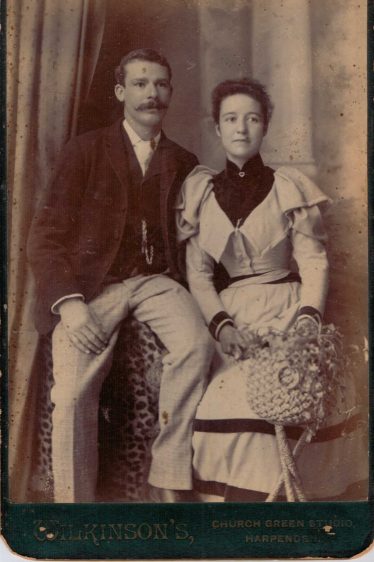 As previously mentioned in my article entitled “The Dunkley Family, Harpenden, Blacksmiths” , my grandparents on my mother’s side of the family, George James and Ellen Roome, also lived in Cravell’s Rd, moving there immediately after their marriage in 1893. Their first two daughters were born there in 1894 and 1895; they all then moved to St Albans in 1896. George James Roome was a Baker working at a bakehouse in Pimlico, what is now 22 West Common, the owner being a Mr Albert Dunham.