The first Jarrow march in 1936 had passed through Harpenden on 29 October on its way to petition the government for help for the unemployed of the North East. 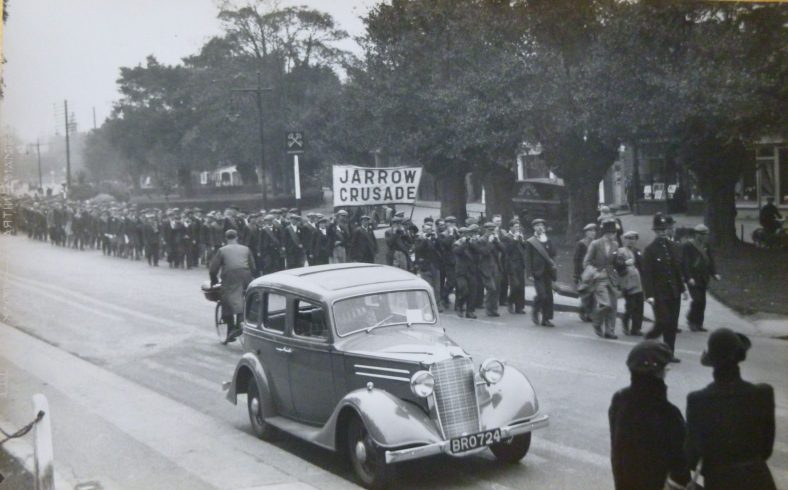 In 1986 a commemorative march was organised, at a time of renewed high unemployment, particularly in the North East. Peter Moyse took these pictures as the march passed along the High Street, probably on 29 October. The marchers were hosted for lunch at the Friends Meeting House by members of Harpenden Branch Labour Party, including Judy Fryd (founder of Mencap), and Pat Wilson, local architect and founder member of Harpenden Local History Society. 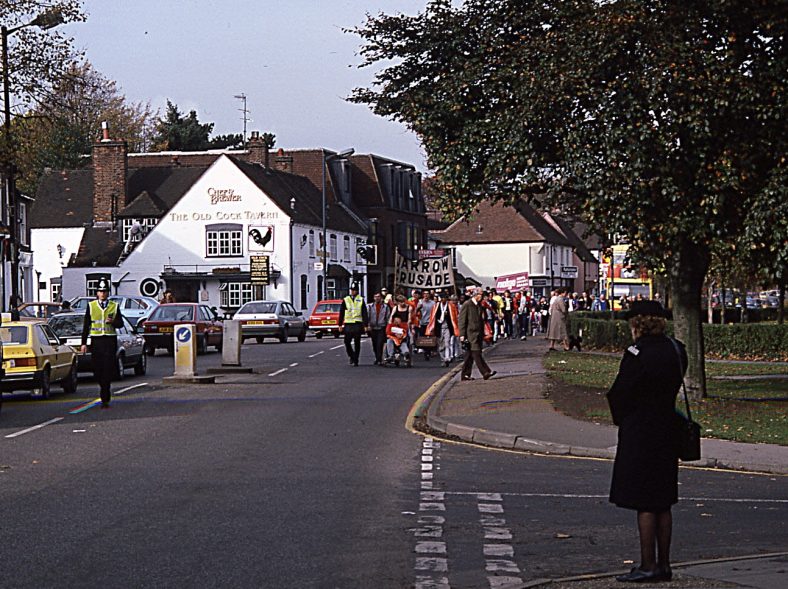 The marchers arriving in the centre of Harpenden. Credit: Peter Moyse, 1986 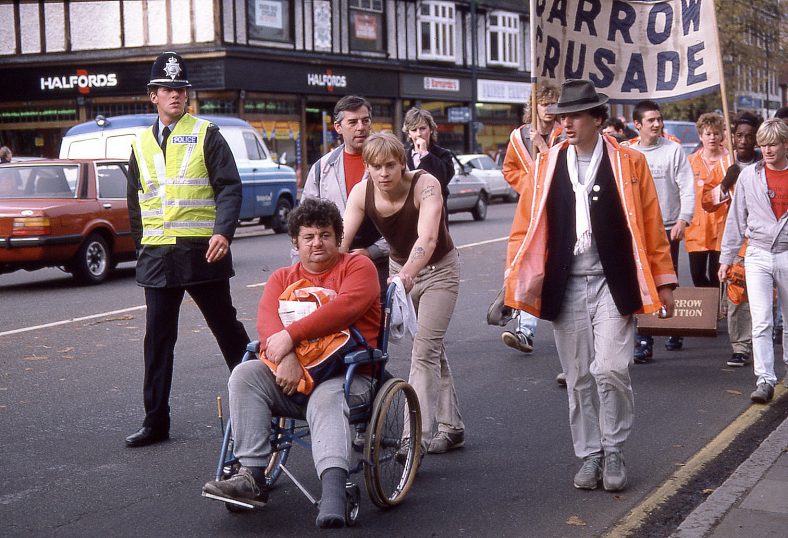 They carried the same box as in 1936. Banjo West pushed the wheelchair – see his Comment and trophy below. Credit: Peter Moyse, 1986 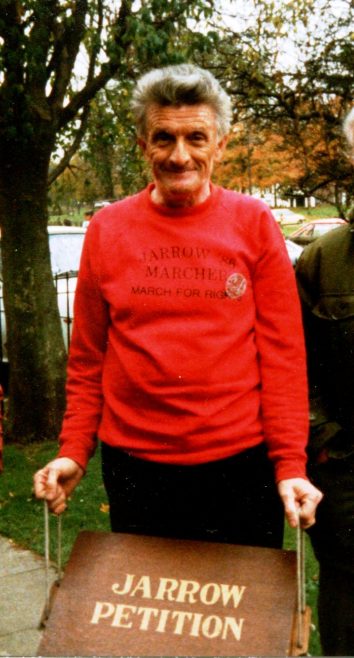 The Petition box, during a lunch break at the Friends Meeting House, 1986. Credit: Susan Pomeroy, 1986 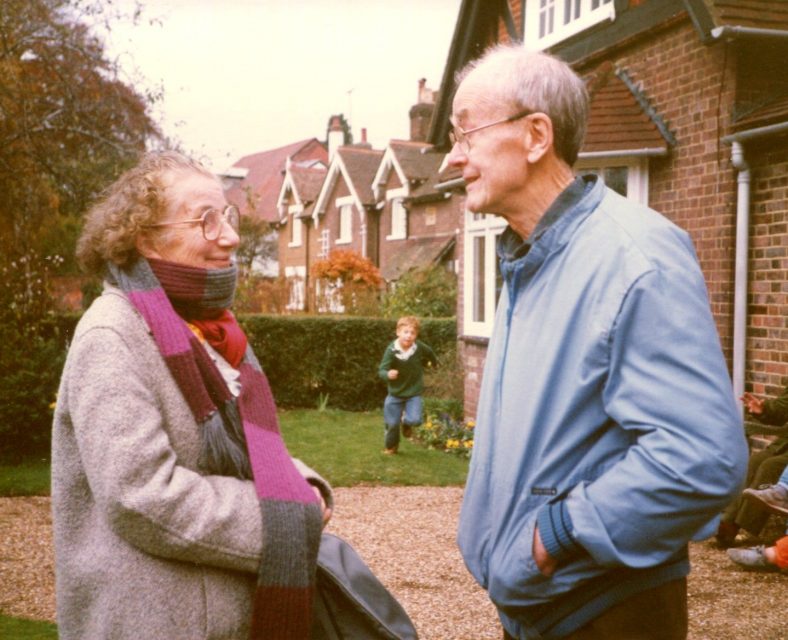 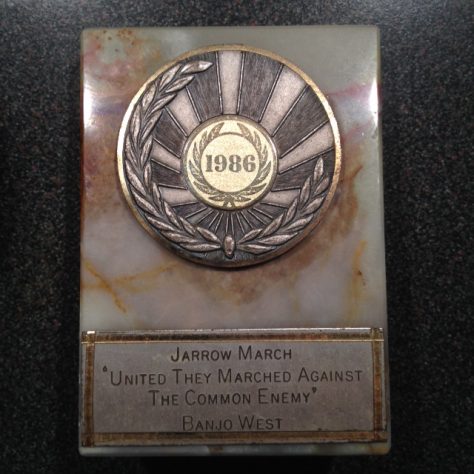 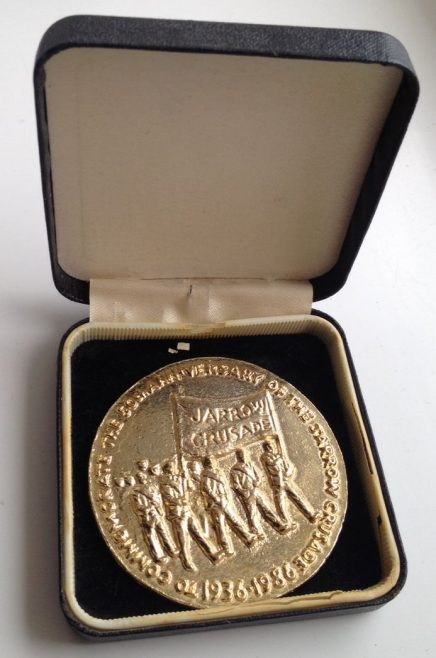 Photos taken by Susan Pomeroy who escorted the marchers through Harpenden and onwards to the Rally outside the Old Town Hall in St Albans. 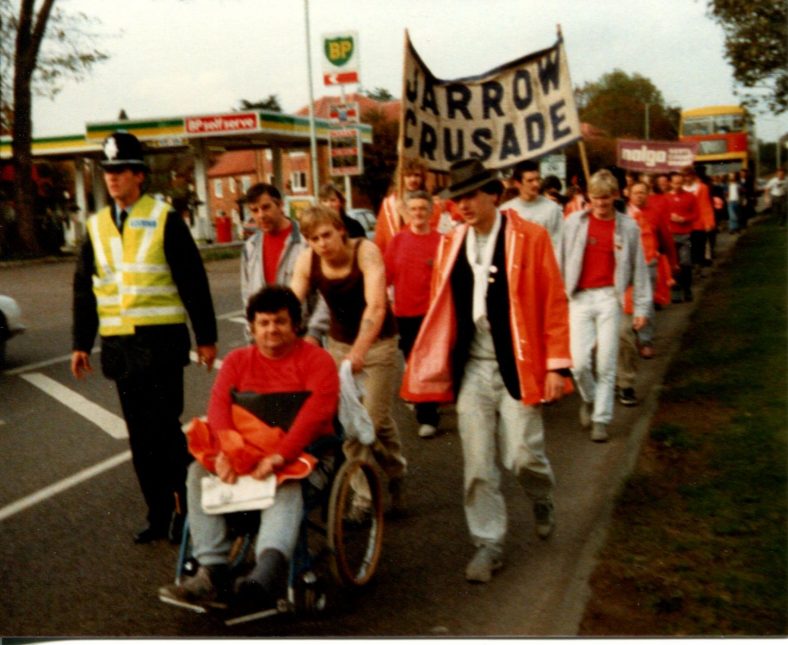 Passing the BP garage next to The Old Bell. Credit: Susan Pomeroy, 1986 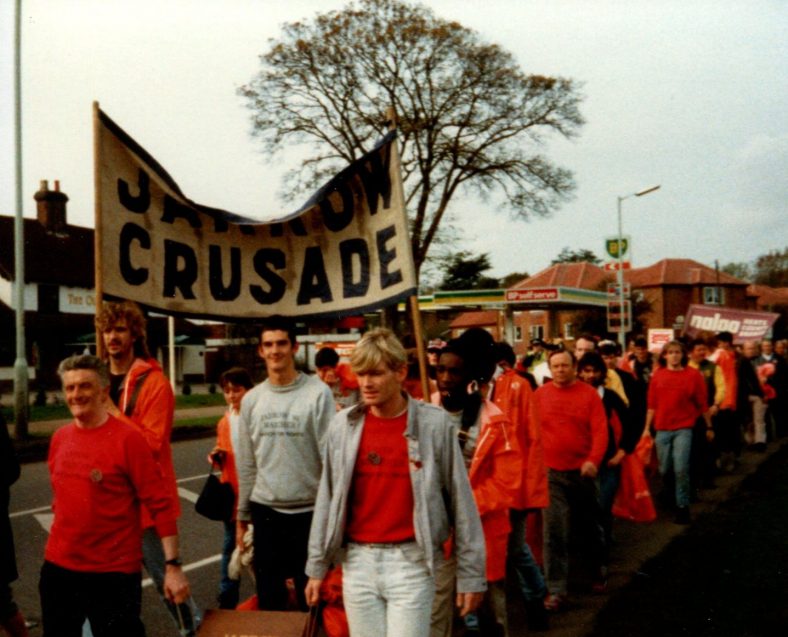 Marchers passing The Old Bell, having been greeted and escorted into Harpenden. Credit: Susan Pomeroy, 1986 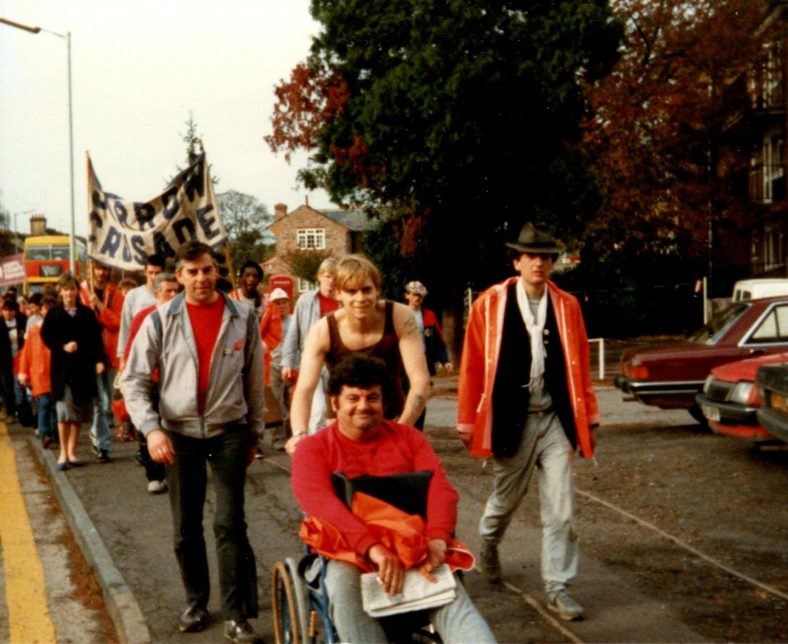 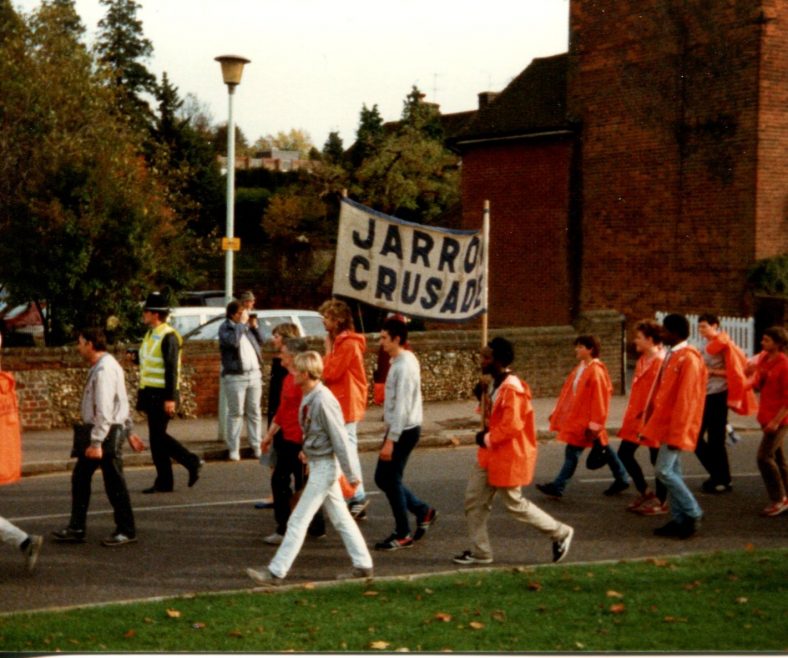 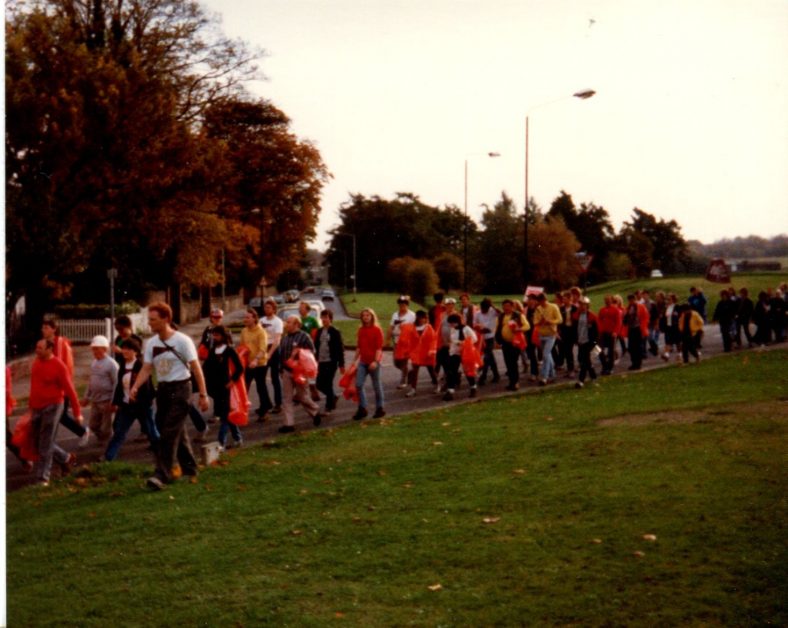 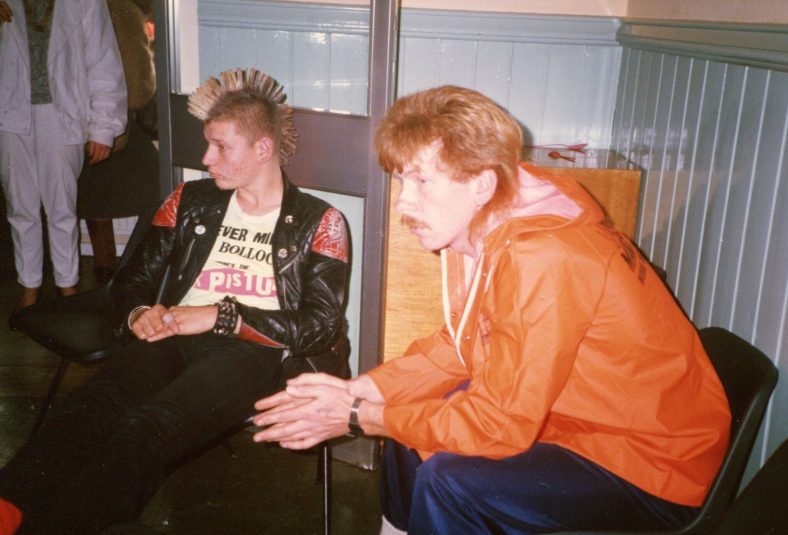 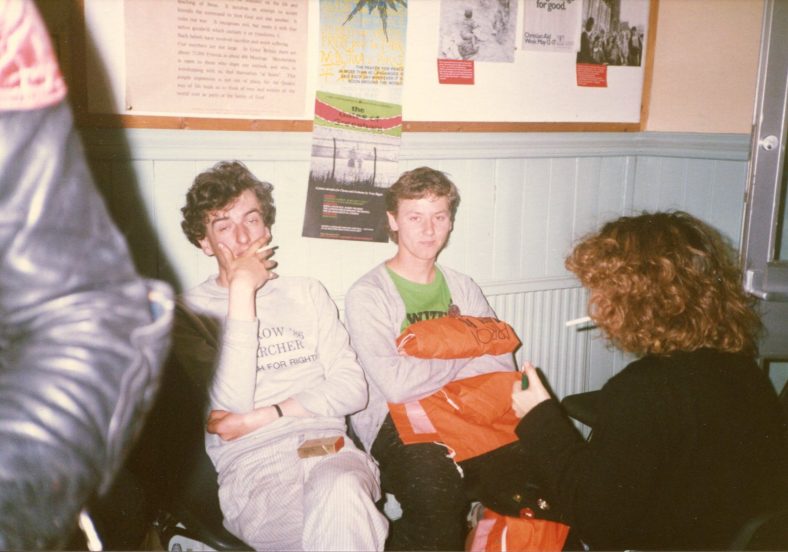 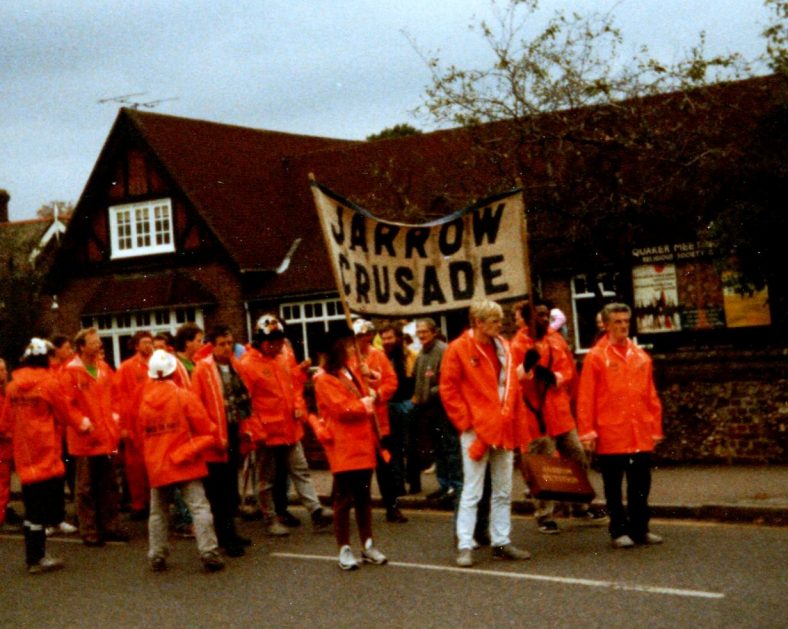 The marchers moving off towards St Albans after lunch. Credit: Susan Pomeroy, 1986 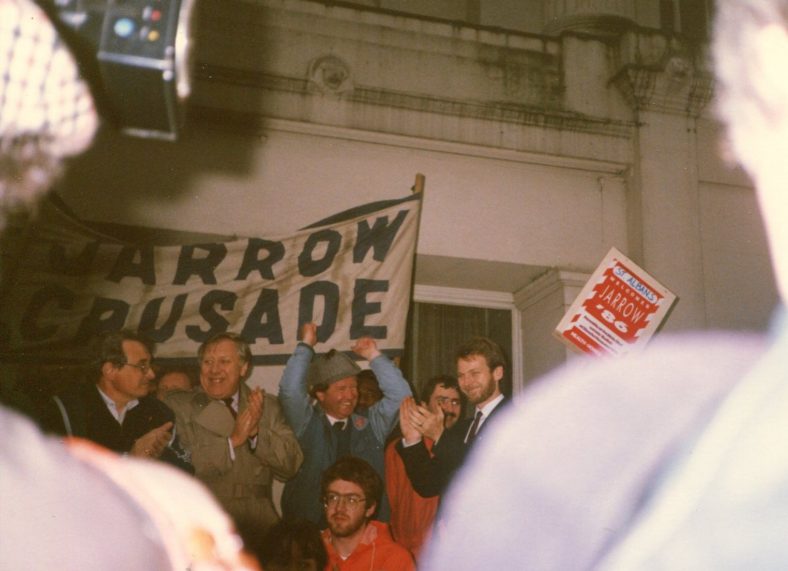 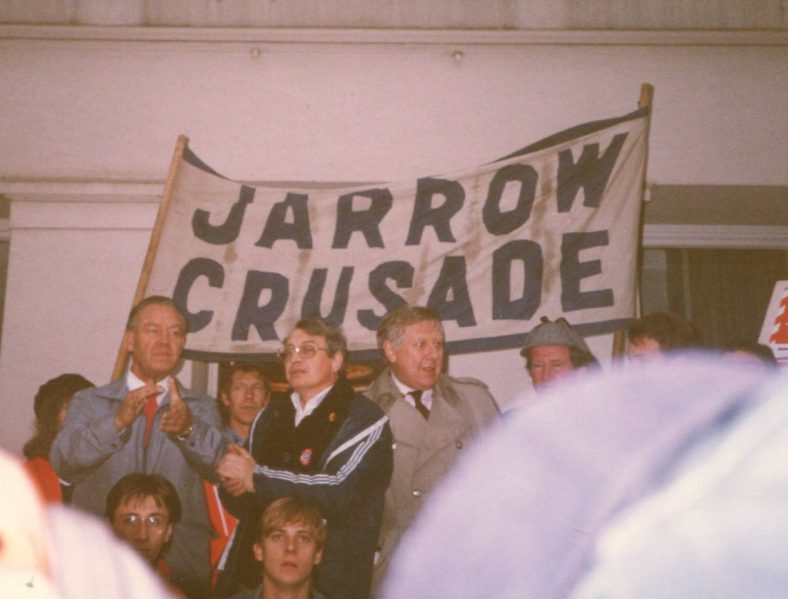 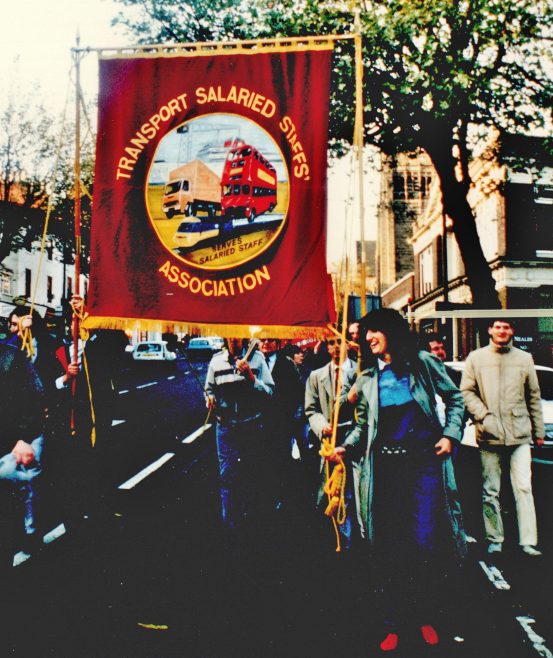