You are here: HomenextHarpenden HistorynextPeoplenextScientistsnextStephen Hawking : From Fact to Fiction

Stephen Hawking : From Fact to Fiction

The title of Jane Hawking’s talk is a synopsis of her writing career, starting with a memoir of her life with Stephen Hawking, turning the book into film, and then her successful venture into fiction. 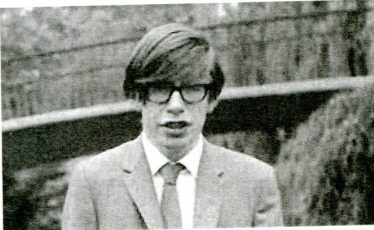 Jane was married for 25 years to the famed theoretical physicist Stephen Hawking. Jane’s family lived in St Albans where she attended St Albans High School. Stephen was a friend of Jane’s older brother, both students at Aylesford House, St Albans. “I first knew him as a floppy haired youth with a lovely smile and a great sense of humour,” she said. In 1963, at the age of 21, he was diagnosed with Motor Neurone Disease and given two years to live. Nevertheless, they married in 1965 and moved to Cambridge. Jane was at that time studying for a degree in modern languages. 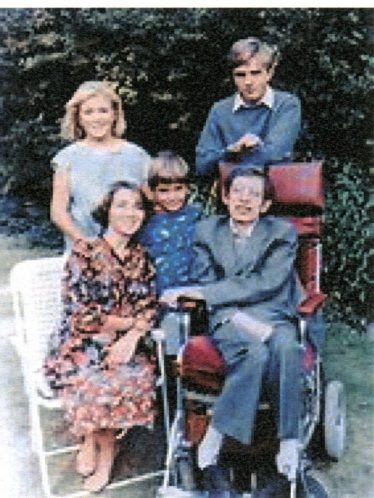 Jane often had to travel to conferences with her increasingly immobile husband as well as caring for two young children. Feeling rather side-lined amongst the Cambridge academic community, she embarked on a PhD in Medieval Spanish poetry. It took twelve years of part time study, fitted into the busy schedule of family responsibilities, until she finished it – two days before the birth of her third child in 1979. Speaking of her husband’s work, she said “Stephen wanted to uncover the secrets of the universe. He devoted every spare minute to Physics and even if the children were all around him all weekend he wouldn’t notice, working on his theories.” His 1988 global bestseller, A Brief History of Time, brought fame but also unwelcome disruption at home where film and TV crews were intrusive.

Jane said: “Looking back, I see there were four in the marriage: Stephen, me, Motor Neurone Disease and the Goddess of Physics.” Stephen left the family in 1990. They divorced in 1995. Jane married Jonathon Hellyer Jones in 1997, and with his full support produced a memoir in 1999: Music to Move the Stars – A Life with Stephen. She had been reluctant to do so, but when unauthorised biographies appeared, full of errors, she changed her mind. She gave three reasons for writing the book.

“One: I felt I had no choice but to write the truth about life with Stephen.

Two: I wanted to disclose the agonies of Motor Neurone Disease and show people that the victim’s family and carers suffer too.

Three: I needed an outlet for my feelings.”

For years Jane refused offers to turn the book into a film. She did not want her children subjected to exposure of that sort – especially at a crucial time in their education. “Would you like it?” she asked her audience. Following Stephen’s divorce from his second wife in 2006, they re-established friendly relations and enjoyed family occasions together.

In 2007, she updated the book as: Travelling to Infinity – My life with Stephen. This became the basis for the film The Theory of Everything, released in 2015. Jane praised the actors – Eddie Redmayne for his portrayal of Stephen and Felicity Jones for playing her role. “Felicity copied my voice and every move,” she said. “I found the film emotionally overwhelming. But Stephen would have liked it to be more scientific.” Along with many critics, Jane was not entirely pleased with the film, which tweaked historical facts and left out uncomfortable episodes to suit the story line.

Jane went on to write fiction. Her first novel Silent Music published in 2016 was followed two years later by a prequel novel Cry to Dream Again. The third in the trilogy, Immortal Souls, is planned.