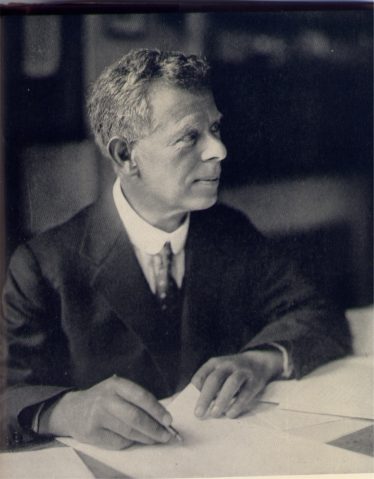 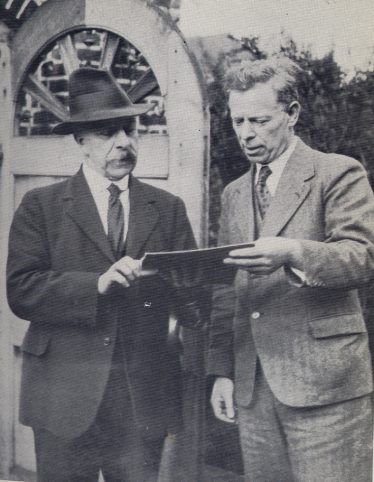 Rothamsted Experimental Station was in a sad state in 1902 after the deaths of the founders, Lawes and Gilbert.  The new Director, Daniel Hall, did his best to fund and attract new staff, but the government of the day showed little or no interest in funding agricultural research.  But in 1910 Lloyd George decided that agriculture needed revivifying, and £1m became available for research funding.  Hall was appointed a commissioner, and Russell was appointed Director in 1912 with funds for a new building and library, including a collection of historic books on agriculture.

The new building was not fully completed until after the First World War, due to shortages of labour. Many of Russell’s newly appointed staff had volunteered for the war, and some were killed in action.  But the war underlined the need for improvements in British agriculture, and from 1918 funds became available for the expansion of the institute, with new departments and staff.  New recruits included the famous statistician, R.A. Fisher, brought in to analyse the series of Broadbalk results, but soon to develop fundamentally new approaches to experimental design and data analysis.  F. Tattersfield set up the department of insecticides and fungicides, with experiments on natural pyrethrum which later led to Michael Elliott’s synthetic pyrethroids.  H.G. Thornton studied nitrogen-fixing bacteria in legume plants, Mary Glynne studied fungal diseases of crops, and E.M. Crowther developed fertilisers and soil chemistry.  From these beginnings large departments were to grow in later years.  By the time Russell retired in 1943 there were 12 distinguished scientists who were Fellows of the Royal Society.  Meanwhile Russell encouraged Edwin Gray, Field Superintendent, to record his reminiscences of life as an assistant worker over a long career at Rothamsted (Personal Reminiscences of Rothamsted Experimental Station, 1872-1922).

Promoting agriculture in the tropics

Russell was also interested in improving agriculture in the colonies, and led the project to develop the Gezira area in Sudan for cotton and tropical crops.  He travelled widely and funded overseas workers to come to Rothamsted.  Much of his autobiography, “The Land Called Me” (Allen and Unwin, 1956) is devoted to his extension work overseas, from Africa and Palestine to India and Australia.

Saving the institute from the developers

In May 1931 the Lawes-Wittewronge family who owned the estate decided to sell the property, threatening the whole future of the institute and its long-term experiments.  Negotiations dragged on until 1934 when Russell was given seven weeks to raise £30,000 to save the institute from the speculators with their eye on good building land.  The government would not help, so an appeal was launched, and the money was raised from many small farmers as well as large donors such as Sir Halley Stewart of the Red House, and Sir Robert MacDougall, the flour magnate.  With £2000 from the Carnegie Trust the fund reached  £35,000.  Meanwhile the Urban District Council agreed to purchase the land for Rothamsted Park.

New farm buildings were then commissioned, and the present architect-designed farm is the result.

As owners of the land Rothamsted was now allowed to investigate crop marks behind the farm, and under the direction of Sir Mortimer Wheeler the Romano-British burial site and shrine was unearthed.

Further appeals for funds allowed the institute to expand with new laboratories, glasshouses and estate cottages before the outbreak of WWII.  Another war stressed the importance of home agriculture when imports were blockaded, and the importance of Rothamsted was assured for another generation.

Born in Gloucestershire in 1872, Russell studied at London, Aberystwyth and Manchester before starting research at Wye College in Kent under A.D. Hall.  When Hall became Director of Rothamsted in 1902 he later obtained funds for Russell to work at Rothamsted in 1907.  He was knighted in 1922. In 1943 Rothamsted celebrated the centenary of the first experiments, and Sir John now 70, retired and handed over to William Gammie Ogg.  The Russells retired to Oxford, but lived an active life until Sir John’s death in 1965.