A Cacophany of Unpleasant Sound 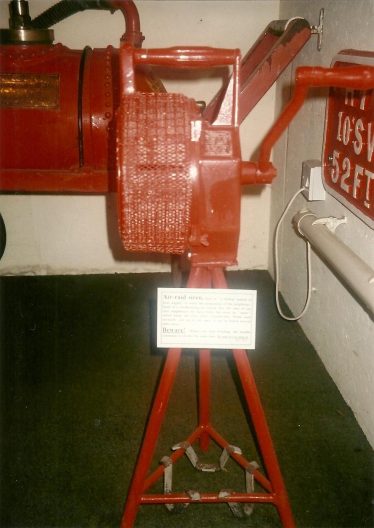 The structure of Harpenden air raid warnings was quite elaborate.  Top of the list was a ‘red’ warning when all the sirens sounded and you took immediate action.  If enemy aircraft were not imminent but in a neighbouring district, there was a ‘yellow’ warning.  Only the civil defence, police and other authorities were told about this, though Red Cross nurses on call might be summoned.  As systems became more developed there was a third category, a ‘purple’ warning that was less urgent than the other two.

Harpenden might have begun the war with wardens like Mr Stretton with his whistle, but very soon a series of sirens was brought into action.  Loudest of all was a siren on the roof of Harris’s, a firm of builders’ merchants at the bottom of Park Hill.  This made a terrible noise, enough to drown conversation if you were out of doors.  The very sound of it was frightening.  Equally loud, but further away, was a similar device in the centre of Harpenden.  In addition there were a series of converted factory hooters, that made threatening noises with varying success.  One of these, based near the Common behind the Silver Cup public house, took its new role badly and became known as ‘Wailing Willie’.  Never designed for the purpose, it would greet each air raid with a sustained series of frantic hoots like a child with whooping cough.

‘All clear’ sounds were nearly beyond its range, and it would warble tremulously in a continuous wail.  Far in the distance the Redbourn siren might be heard on a still day.   At times each seemed to be vying with the others for your attention, in a hideous contest of unpleasant sound.