Letter & memories of a centenarian 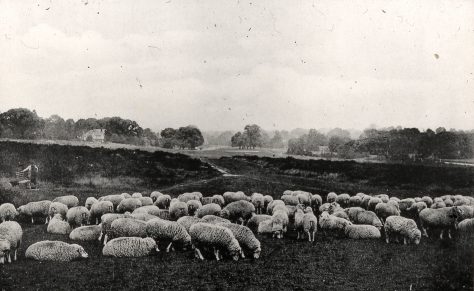 Herewith I enclose my written memories which go back more than 90 years. I hope you will find them interesting. I moved from Harpenden to Swanage, Dorset when I retired from Railway service in 1939. We took in evacuees and did voluntary service during the war. In the last part of the war I was an Auxiliary Coastguard. On the eve of D-Day I was at my post on the cliffs and saw the wonderful assembly of ships ready for the battle. We were often bombed in Swanage, being nearly opposite to Cherbourg.

We were expecting to move to Tipton Lodge Cottage, Tipton St. Johns, Devon on 15 November. Rather risky at our ages; myself in my 101st year and my wife in her 87th year, but circumstances force us to do it. Do not trouble to return my copy book*.

“I, Harry Knight, was born in Cravells Road on 1st March 1879. My father had a small builder’s business and kept a village store. We had no electricity, gas or piped water. We drew water from a well 120 feet deep by a windlass.

My father killed two pigs a week; many neighbours kept pigs. Sometimes a neighbour would tell my father that his pigs were sickly and father would then kill them and send them to the market. He would not sell them locally.

My father was a keen gardener and one year he won first prize for his allotment. Sir John Lawes came to see it. I heard him praise it highly and ask what manure was used. My father said “Night soil, Sir John, I do not believe in artificials”. Sir John then said “They are useful but they leave nothing behind”.

An open house for interesting visitors

Another visitor was an Indian Mutiny veteran. He had run away from his apprenticeship in London and joined the Marines under a false name. His wife would not marry him until he had changed back to his real name.

My father was one of the Councillors elected for our first Council (Harpenden Urban District Council/HUDC).

I and my brothers attended the British School; my eldest brother paid 6d, myself 4d and my younger brother 2d a week. If we were absent or late without leave or note from our parents we were fined 1d. We had to buy our stationery, pens, etc. 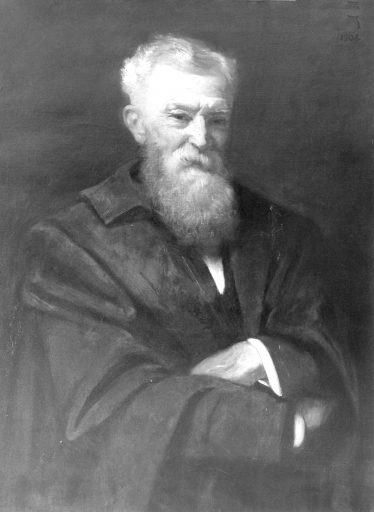 Our schoolmaster, Mr. J. Henshaw, was a strict disciplinarian. He would walk down a clean road through the park to the back entrance of the school and go to the front to inspect the boys as they came in. If a boy’s shoes were dirty and hadn’t been cleaned he would send him home to clean them and he was then fined for being late. Mr. Henshaw used the cane freely but he was much respected and admired by the parents and boys.

He was very keen to have the boys speak correctly. I remember on one occasion a boy was asked to read out of a hymn. The boy read “dark and chairless is the morn”. Mr. Henshaw stopped him and said “then you have not got any chairs today. Come out here”. He pointed to a chair and asked the boy what it was. The boy replied and said “that is a cheer, sir”

There have been many regrettable changes in the village. The cottages on the north side of Station Road in the village have been replaced by shops. The old name of the road was Stakers Lane.

The Cock pond and Smithy have gone, also the cottages on the west side of Church Green and the cottage between the National School and the Church. It was smothered with Maiden Blush roses in the summer.

There was a house and large garden on the south side inhabited by Mr. Lockhart, now replaced by tall houses and shop. The Common has altered a lot since 1914. The Silver Cup pond with its island and willow tree has gone. I understand that after it was cleaned out it wouldn’t hold water. I expect that was caused by the draining of the roads, causing water to be channelled away.

The Common has also deteriorated. There were two or three flocks of sheep grazing on it in the summer which kept it fertile. There were much larger areas of furze and bracken. Some of the dells had rushes and choice ferns growing in them.

I enclose my last copybook, by which you will see by the Inspector’s reports what a good schoolmaster we had. I am afraid you will have difficulty in reading this. My eyesight is not good, sorry”. 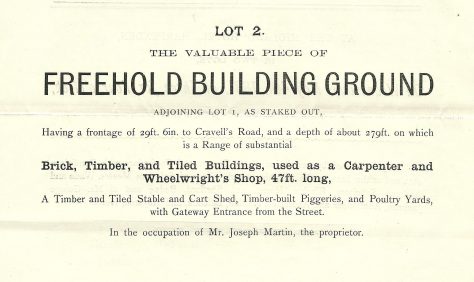 (The Newsletter Editor believes that “Brambledean” is now 1 Limbrick Road)