Growing Up in Southdown 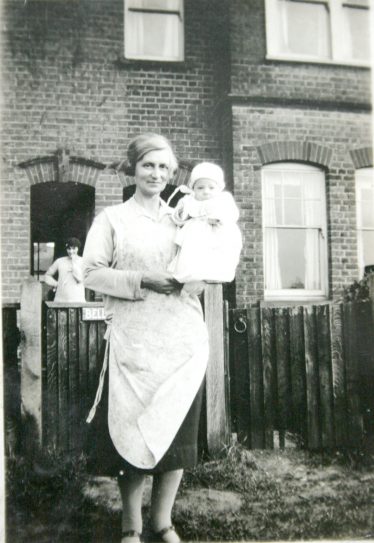 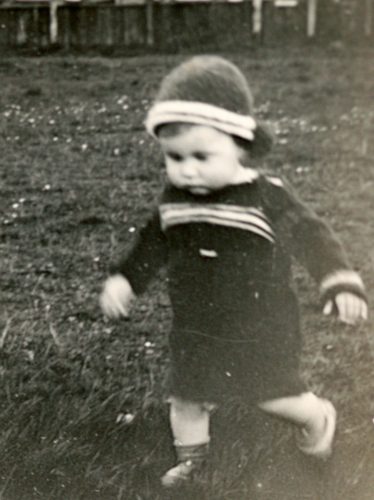 zoom
Myself on East Common 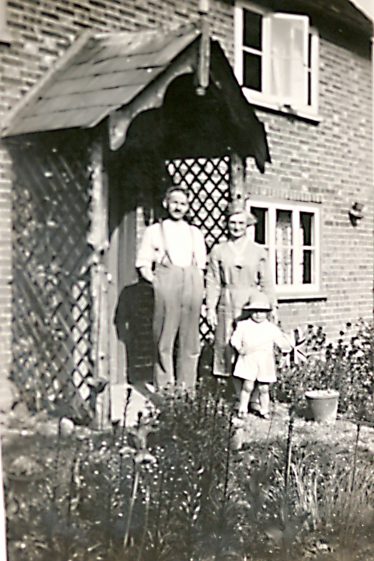 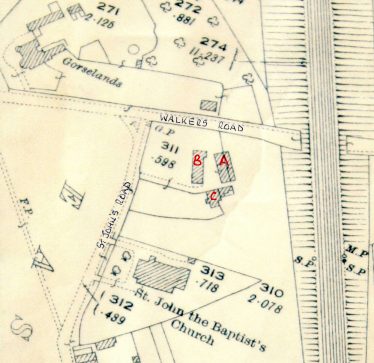 zoom
A is Oggelsby's forge, B is the Dutch Barn and C our cottage.
John Olley, from 1924 map of Harpenden, LHS collection 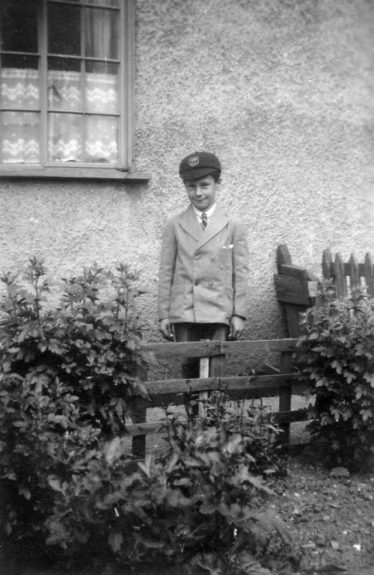 I was born in 1931 at a house known as ‘Belle Vue’ – now number 15 – East Common, Harpenden. My grandparents lived there at the time whilst my parents lived in Cowper Road. As there was not a bed available at the Nursing Centre at 40, Luton Road, my birth was to be a home delivery with my mother being tended by Nurse Irving, the local midwife. As I was the first born my mother decided to go home to her parents for the birth.

My birth was followed fourteen months later by the birth of my sister, Jean and fourteen months after her birth my brother Eric arrived. My father, before his marriage, had been in the regular army from a very young age, serving nine years in India. As a result he had no skills for life in civvy street. Unemployment was rife at the time and my father often found himself out of work. Times were hard for the family with three young children to bring up and my grandmother offered to look after me for, as she put it, ‘a few months’.

I went to live with my grandparents at just over three years old and never went back to my parents until I was eleven. My grandmother always found excuses to keep me ‘just a little bit longer’.

From 15 East Common my grandparents moved to a cottage at the rear of Oggelsby’s Yard on Walkers Road. The cottage was to the rear of the houses in St. John’s Road.

The yard was a real adventure playground for a young boy but would be a nightmare for today’s health and safety brigade. A large building at the front of the yard housed the workshops of Oggelsby’s, blacksmiths and farriers. Local farms would bring their Shire horses to the forge to be re-shod. I used to spend hours in the forge watching the farriers at work, often walking under the bellies of the horses until Mr Oggelsby would lift me by the scruff of my neck and sit me on the horse’s back. When you are only four and you are sitting on the back of a 15 hand Shire you hang on to the mane for dear life because it’s a long way to the floor.

Behind the forge was a wheelwright’s shop where Mr Cross would produce wheels for all sorts of vehicles from pony drawn traps to huge farm carts. It fascinated me to watch him produce round wheels from all those pieces of straight timber. When the iron rim was heated, dropped over the wheel and then doused with water to shrink it onto the wheel, Mr Cross would often disappear in a cloud of steam.

Behind the wheelwright’s shop and directly opposite our back door was a small workshop where Jimmy James would make up bundles of kindling, binding each bundle with strands of wire on a small machine. Jimmy James was a veteran of the First World War in which he lost an eye and a leg. He had one of the old ‘peg legs’ which was all that was available in those days.

At the back of our cottage stood a large wooden barn. My grandfather used to play the euphonium in a brass band and it was in this barn that grandma made him practice as she could not stand the noise in the house.

I had just two incidents whilst living at the cottage. The first was in the small field at the back of the cottage where I would often go to play. Sometimes there would be cows in the field but I took no notice of them and they in turn ignored me. However, one morning I went in the field to find only one cow. Closer inspection revealed that this was not a cow but a very large bull. I made record time climbing the five-barred gate.

The second incident caused me a great deal of pain. My bedroom was at the rear of the cottage overlooking the single storey washhouse where grandma did the weekly wash in a huge wood-fired copper. One morning when clearing up my toys before coming down for breakfast, I tripped on a blanket and went head first towards the window. Putting my hands out to save myself, one hand went through the glass almost severing the top of one finger and removing a large slice from another. My scream alerted my grandmother and also alerted Mr Cross. Grandma took me downstairs to wrap my hand in a towel. Mr Cross meanwhile went back to his workshop and came back with a bottle of iodine from which he poured a generous measure over my fingers. My screams then were even louder! I still bear the scars of that accident today.

When we left the cottage my grandparents and I moved to 13 Longfield Road. My grandmother became ill and I finally returned to my family to live. By this time I was eleven years old, my sister Jean had been scalded to death at two and a half and I had two more sisters. My grandmother later died and my grandfather married again many years later. He and my step-grandmother lived the rest of their days in Longfield Road.