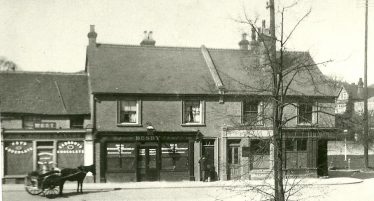 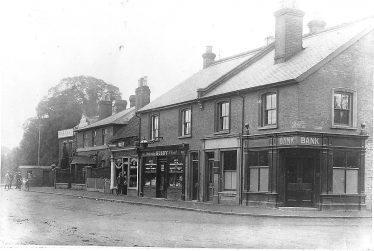 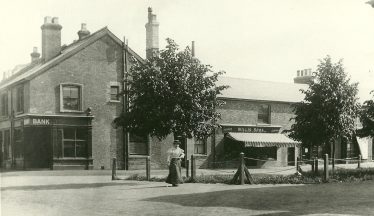 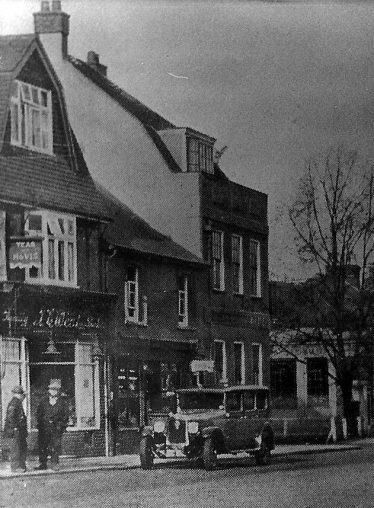 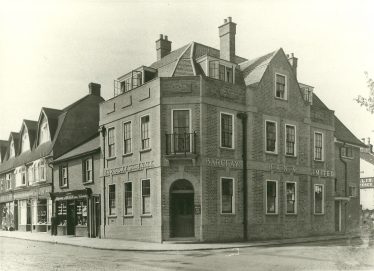 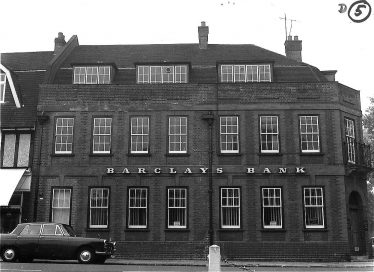 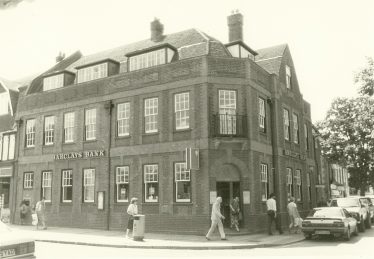 Though 2012 will be remembered more for Queen Elizabeth’s Diamond Jubilee, Barclays Bank is celebrating its own more locally-specific event: the 125th anniversary of its Harpenden branch. It was initially a sub-branch of a local St Albans bank, Marten, Part & Company and opened for business in May 1887, the year of Queen Victoria’s Golden Jubilee.

For the first few years it was open only on Tuesdays and Fridays. But as business grew, so did the opening hours and by 1900 it had been elevated to a full branch, open every weekday.

In 1902, Marten, Part & Company amalgamated with Barclay & Co Ltd. Barclays’ archives do not record the original location of the branch, but they indicate that in 1898 premises at 16 High Street were leased by Marten, Part.  The site was described as ‘all that piece or parcel of ground situate on the south west side of High Street, Harpenden in the county of Hertford and bounded on the north east by the High Street, on the south west by Layton (sic) Road and on the north west by a cross road. Together with the messuages, shops and premises standing thereon’.

Barclays acquired the freehold of the property in 1909, at which time it comprised: the bank with offices above; a chemist’s; a fruiterer’s; a confectioner’s; a draper’s; a china shop; and a caretaker’s cottage. In December 1922, the Barclays Building Committee approved plans to rebuild the branch at Harpenden – which was designed by Percival Blow, architect.  In April 1923 they accepted the tender of Messrs A Cole Ltd to carry out the work, at a cost of £4286, to be completed in 26 weeks.

While the work was underway, the branch moved into some of the adjacent shop premises which the bank owned. Once the rebuilding was completed, the bank sold three of these extra premises for £2250. The bank’s property then comprised the bank itself ‘with residence’ (usually occupied by the branch manager), a shop with house adjoining, and a garage.

Staffing levels at the branch have varied considerably over the years. It is recorded that in 1904 there were just three full-time members of staff: the manager, George Charles Barnes (salary unrecorded); Frank Julian Beard, aged 26, on £90 a year; and William Percival Sargent, on £50 a year.  There was also a part-timer who, unusually, in the bank’s words, ‘seems to have been employed as some sort of consultant.

Arthur Lydekker, a member of one of Harpenden’s most well-known families a century or more ago, had been with the bank since its opening in 1887.  Described as ‘a man of considerable influence at Harpenden’, he worked on Wednesdays and Saturdays and was being paid £50 a year in 1904.  His precise role remains undefined, though there is an implication that he was an early example of a PR consultant, charged with attracting new business through his circle of well-to-do friends and acquaintances in ‘the village’.

Barclays’ archives record no momentous events affecting the Harpenden branch through the next few decades, though its progressive growth in business is apparent from the fact that by 1936 the number of staff members had increased to eight. In 1947 a night safe was installed at a cost – no doubt thought exorbitant at the time – of £165 4s 5d.  One can only speculate how that odd fivepence was accounted for.

During the 1950s and 60s, increased business and changes to banking procedures, including the introduction of machines and, later on, computers, meant that the bank was employing more staff to undertake a wider variety of duties.  Barclays in Harpenden underwent a series of refurbishments and alterations, beginning in 1956, when £5500 was spent on a major extension , including a new staff room.  Local builders Claridge & Hall carried out further alterations in 1961 to allow a larger banking hall – the area seen and used by everyday customers.

Changes to the bank premises over the last 50-plus years have been largely internal. But the outward appearance, architecturally speaking, has been subject only to more subtle alterations.  Most observers agree that it harmonises as well with the surrounding streetscape as it did back in the 1920s.